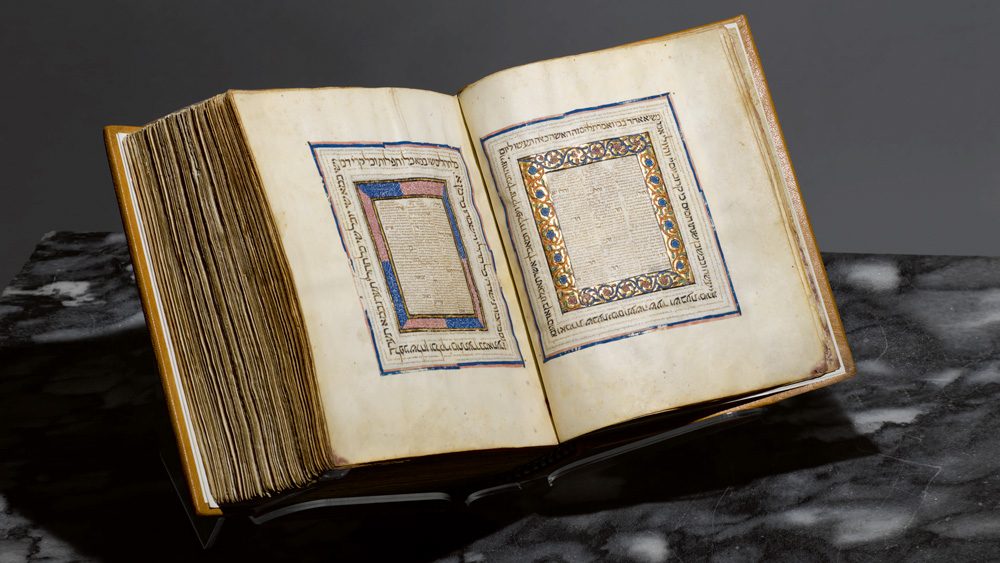 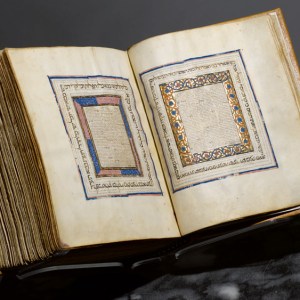 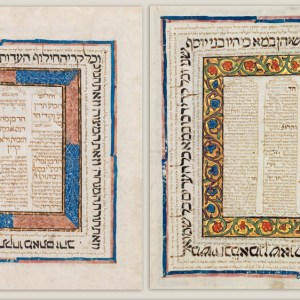 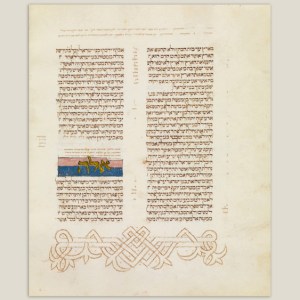 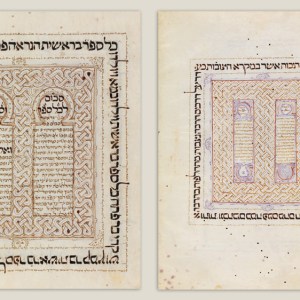 Just in time for the holidays, Sotheby’s is offering an extremely rare and important illuminated Hebrew Bible at its auction in New York on December 20. Penned on parchment in Toledo during the first half of the 14th century and estimated at $3.5 million to $5 million, the manuscript hails from the renowned collection of Swiss investor and art aficionado Jacqui Eli Safra. And, according to the house, it is one of only six complete illuminated manuscripts remaining in private hands; of those, only three have come to the block over the past century.

“With its harmonious blend of artistic traditions, the manuscript is a remarkable testament to the cross-cultural influences that flourished during the Golden Age of medieval Spain,” says Sharon Mintz, a Judaica consultant at Sotheby’s. “But what’s interesting is that it’s clearly a transitional piece.”

The first part of the Castilian manuscript, she explains, is ornamented with 16 so-called carpet pages—richly gilded folios similar to what one would find in Christian manuscripts at the time. More than 70 of its 476 folios, however, are adorned with micrography—minute Hebrew writing rendered in elaborate geometric patterns. Six of the micrographic carpet pages found at the end of the manuscript present text within architectural horseshoe and double-horseshoe frames—themselves embedded within a micrographic interlace pattern. Such text patterning, she says, is a hallmark of Islamic Mudéjar design and a common feature in the rendering of copies of the Qur’an at the time. And, she says, “On an interesting note, rendering such micrography was made possible with the aid of magnifying glasses, which made their way into Europe in the late 13th century.

“So we have on the one hand a manuscript that embodies the art aesthetic of the Christian world, and at the same time, it is distinguished in its elaborate Islamic influence. It evinces what is known as convivencia, reflecting the artistic collaboration among the three coexisting religions: Christianity, Islam, and Judaism.” Such manuscripts, says Mintz, would have taken a team of artisans more than a year to produce, and as such were created for only the wealthiest of donors.

The tradition of Hebrew Bible production, which flourished in Castile beginning in the 1230s, began to decline due to the deteriorating political and economic situation of Spanish Jewry during the 14th century, explains Mintz, citing the persecutions connected with the Black Plague of 1348–1349 and the anti-Jewish riots of 1391. As a result, she says, only three illuminated Hebrew Bibles from 14th-century Castile have survived, making the present manuscript a rare wonder, indeed. Following the expulsion of Jews from Spain in 1492, the manuscript on offer was taken to Salonica, where it remained throughout much of the 16th century, only to be acquired by a European collector.

The manuscript is view at the auction house from December 14.