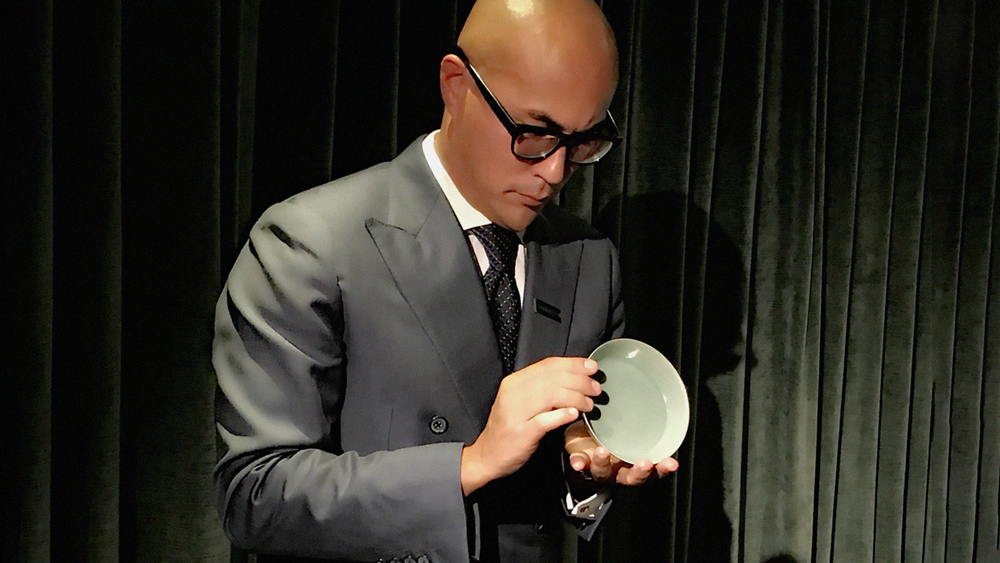 After a spirited 20-minute bidding war, a Song Dynasty Ru ware brush washer sold to an anonymous collector at Sotheby’s Hong Kong on October 3 for $37.7 million, a world record for a Chinese porcelain at auction.

The brush washer, which carried a presale estimate of $13 million, is one of 87 heirloom Ru wares to have survived to this day and one of only four remaining in private hands, according to Nicolas Chow, deputy chairman of Sotheby’s Asia. Its pale-toned color, he says, has been likened by centuries of Chinese scholars to the “blue of the sky after the rain.”

“Wares of this type, which were made exclusively for the use of the Northern Song court, were produced at the imperial Ru kilns over a relatively short timeframe—perhaps no more than two decades during the late 11th and early 12th centuries,” explains Chow. It is this limited run that in large part accounts for the porcelain’s scarcity.

“Ru ware is the most celebrated ware in the history of Chinese ceramics,” he says, adding that the price the vessel commanded on the block today is a testament to its status as a cultural icon of China.

Prior to this sale, the highest price ever paid for a Chinese ceramic at auction was $36 million for the Meiyintang “Chicken Cup,” which was bought by Shanghai-based art collector Liu Yiqian at Sotheby’s Hong Kong in April 2014. The last Ru ware to come on the block also sold at Sotheby’s in Hong Kong in 2012 for $26.8 million on a $7.7 million to $10.3 million estimate.