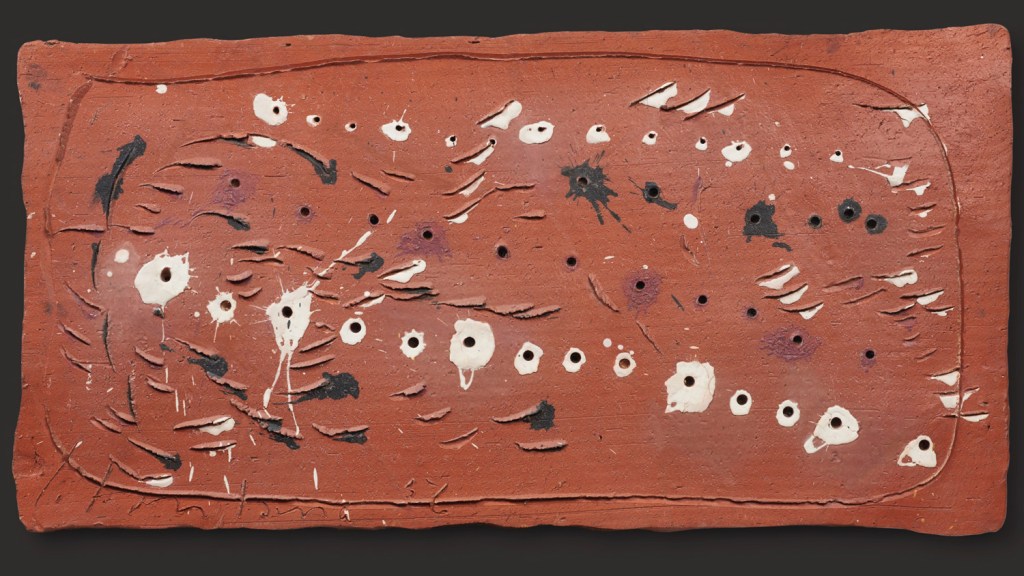 In a 1962 interview, noted Italian artist Lucio Fontana explained the body of work he was creating at the time: “The cuts that I made represent a philosophical space, but what I am searching for today is no longer the philosophical space but the physical space. Indeed, in just two or three years, we now no longer perceive space as an abstraction. It has become a dimension in which a man can actually live, violating it with jets, Sputniks, spaceships. It is a human dimension that can cause us physiological anguish and alarm in our souls. I am trying to do exactly this in my latest canvases.” It was through these cut works, he would later say, that he could “give the viewer the impression of spatial tranquility, of cosmic rigor, and of infinite serenity.”

The market for works by Fontana has been on the rise in recent years, with his artist record at auction being set by his sculpted and perforated ovoid oil on canvas, Concetto spaziale, La fine di Dio (Spatial Concepts: The End of God) (1964), which realized $29.2 million at Christie’s New York in November 2015.

The canvases up for auction this week are among 18 pieces by the spatialist—which include paintings, sculptures, works on paper, and even a neon-lighted plaster—tendered in the 92-lot offering of works by some of Italy’s most prominent postwar and contemporary artists. These include Salvatore Scarpitta and Fausto Melotti. Scarpitta’s Bendato (1960) —a mixed media on canvas from his series of torn paintings, which hails from the collection of fashion designer Mary McFadden—is tagged at €350,000 to €450,000 ($429,153–$551,768). The sale is timed to coincide with Milan’s preeminent annual fairs: MIART and Salone del Mobile.