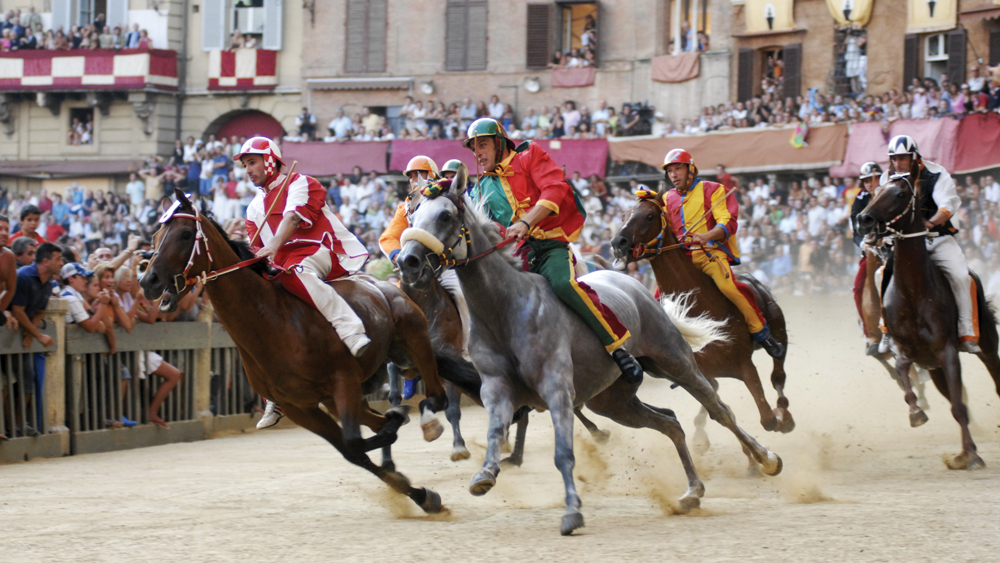 Siena’s famous horse race has been galloping through the Tuscan city’s main piazza since 1644. Held every summer, the races are short—just three free-for-all laps around the Piazza del Campo that take no more than 90 seconds—but the raucous festivals and traditional ceremonies surrounding them last for days. Join the revelry with Rosewood Castiglion del Bosco’s Private Palio Experience, a 3-night package that gives guests exclusive access to a private palace overlooking the piazza. From there, they’ll enjoy an aerial view of the cobblestone race route and its riotous crowds, as well as the Corteo Storico, a prerace parade that turns the streets of Siena into a medieval spectacle.

An annual confluence of culture, Festival Napa Valley treats locals and visitors alike to a 10-day medley of fine dining, exclusive tastings, and memorable performances in California’s renowned wine-growing region. This year’s program features more than 60 theater, dance, and music productions paired with vintner luncheons, gala dinners, and pours from 100 participating wineries. Among the must-see shows will be an evening with actor Bill Murray, as he reads excerpts from the works of Twain, Capote, and Hemingway accompanied by cellist Jan Vogler’s chamber group—think Breakfast at Tiffany’s meets Bach.

The oldest tennis tournament in the world will once again turn London upside down, as fans descend upon the city to see the top pros compete for the title of all tennis titles. Even with the championships just days away, a few hotels are still offering packages for travelers who wish to see the games in the lap of luxury.