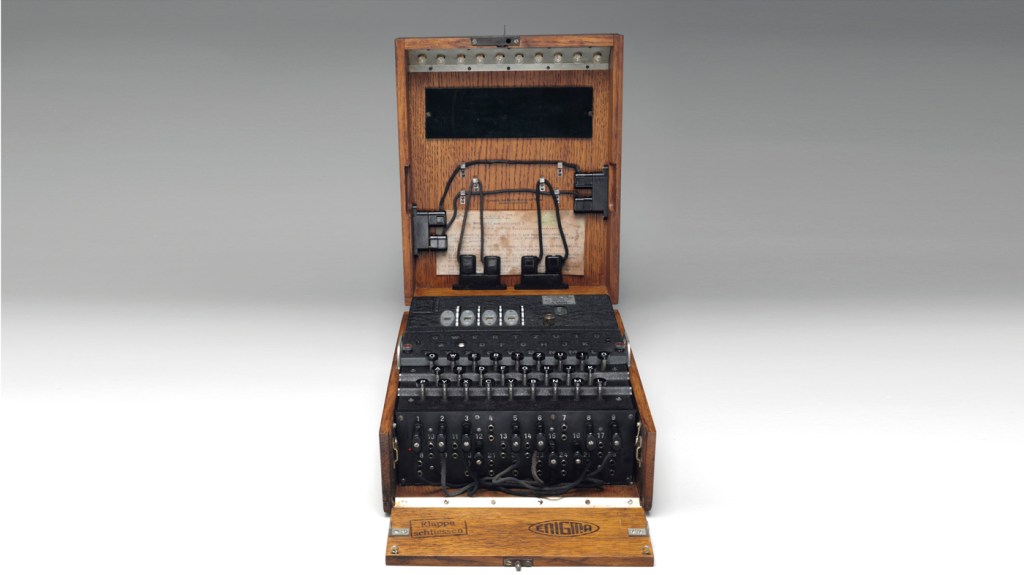 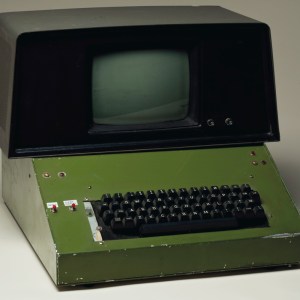 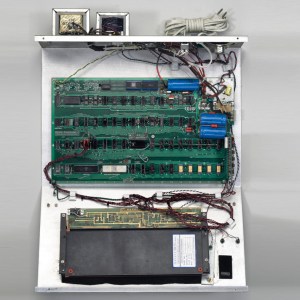 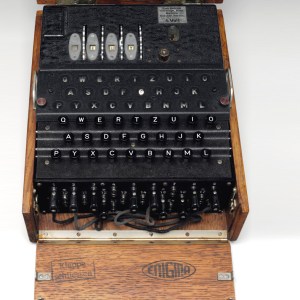 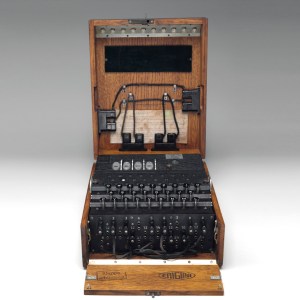 Two antiquities of technology—once at the vanguard of human ingenuity—are back as leading lots at the Christie’s Fine Printed Books & Manuscripts Including Americana and the Eric C. Caren Collection sale. The auction, on June 15 in New York City, will feature an M4 Enigma cipher machine from World War II and a working Apple-1 personal computer from 1976.

Throughout the second world war, the Atlantic Ocean was a primary theater of action as German U-boats wrought havoc on Allied ships from deep below the surface. Communication between these submerged predators was carried out via codes generated by various iterations of the three-rotor Enigma machine. Originally created by engineer Arthur Scherbius, the device employs electro-mechanical rotors for encryption. On February 1, 1942, a new four-rotor version was introduced to the German fleet for added security.

Although the Allies had long broken the earlier code system, albeit unbeknownst to the Axis power, the M4 Enigma proved devastatingly effective at masking messages, and did so for 10 months. It was only after exhaustive efforts from electrical engineer Joseph Desch in Dayton, Ohio, along with mathematician Alan Turing and his covert team at Britain’s Bletchley Park, that the M4 Enigma was cracked—a feat credited with possibly shortening the war by two years. Their collective work, kept classified until the 1970s and subject of 2014’s Oscar-winning film The Imitation Game, is regarded as the birth of modern computer science.

The specific M4 Enigma machine available through Christie’s was made in Efurt, Germany, in 1944 by Olympia Büromaschinenwerke AG for the Heimsoeth und Rinke company. Believed to be one of fewer than 100 examples to exist, it is expected to fetch between $300,000 and $500,000.

Flash forward a few decades and two beneficiaries of Turing’s breakthroughs in computing came up with their own global game-changer, the Apple-1 personal computer constructed by Steve Wozniak and marketed by Steve Jobs. To finance their first order of 50 units, Wozniak and Jobs sold off valued possessions—an HP-65 calculator and VW van, respectively.

Debuted at the Homebrew Computer Club in Palo Alto, California, the mother of all motherboards was the initial brick used to build what is now the Apple empire.

The Apple-1 being presented by Christie’s.

The working example being presented is one of roughly 200 such motherboards made and comes with a MOS Technologies 6502 microprocessor, a Viatron monitor, and Datanetics keyboard. Its initial owner bolstered the original 8k of random access memory (RAM) with an additional 4k and added erasable programmable read-only memory (EPROM). Originally purchased for $666.66, and sold again in 1978 for $300, this Apple-1 is now estimated to be worth between $300,000 and $500,000.

Also comprising the 246 lots on offer are numerous rare documents and printed material from collector Eric C. Caren. The sale starts at 2 pm at the Christie’s location in Rockefeller Center. Bidding will be accepted in person, by phone, online, and in absentia.