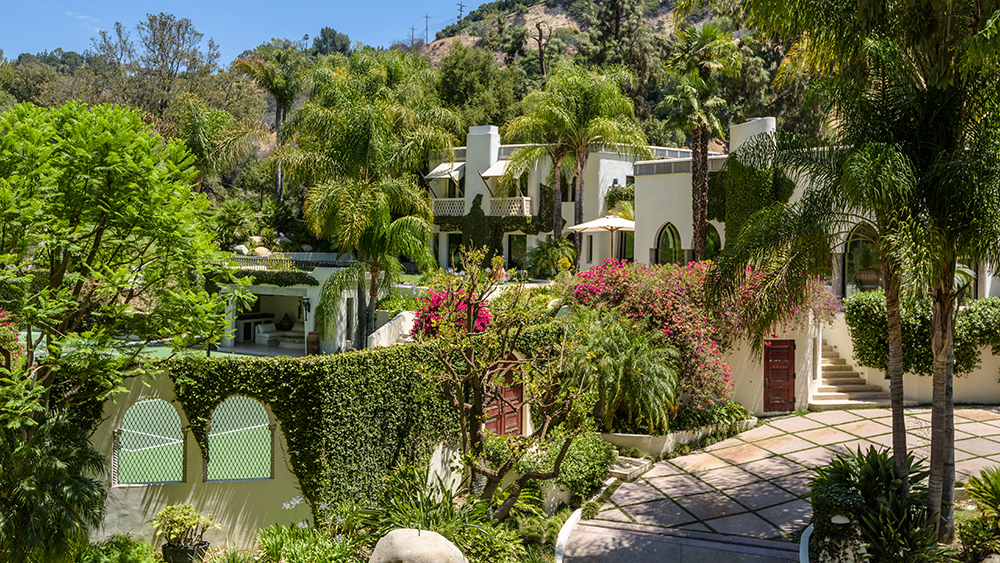 As price drops go, this takes some beating. Two years ago, this storied compound off LA’s famed Benedict Canyon, minutes from Rodeo Drive and the swanky Beverly Hills Hotel, was listed for an eye-watering $85 million.

Last summer the asking price had dropped to $68 million. This week it’s back on the market for a bargain-basement—in relative terms, of course— $48 million. That’s an almost 44 percent “re-alignment.”

The story goes that pop superstar Cher owned it back in the 1970s when it was a four-acre parcel. She lived here for about a decade before passing it on to Trading Places funnyman Eddie Murphy in 1988 for a reported $5.9 million.

According to our sister magazine Variety, the comedian then sold the estate in 1995, after a number of years of it languishing unwanted, for just $4 million. After changing hands once more, it was eventually acquired in early 1996 for $6.4 million by Walmart shopping center construction mogul Raul Walters and his socialite wife Vicki.

The Walters went on to buy-up four surrounding properties, enlarging the estate to its current size of roughly 14 acres. They also expanded the six-bedroom main house to more than 20,000 square feet, added a large guest house and staff quarters, a pool and sunken tennis court.

After Raul Walters passed away in 2009, Vicki Walters continued to live at the estate until 2015 when she paid a reported $22.5 million for a full-floor, 9,300-square-foot penthouse in LA’s super-luxe The Century condo building in Century City. Her neighbors include Friends star Matthew Perry, Paula Abdul and Candy Spelling. The Benedict Canyon estate has remained empty since.

Listing agent Joshua Altman of Douglas Elliman describes the 2727 Benedict Canyon Drive property as “one of the most incredible and secluded compounds in all of Beverly Hills.” In total it features 11 bedrooms, 17 baths, and offers 32,000 square feet of living space.

To enter, you first pass an ivy-covered gatehouse set back from the main road where imposing wooden gates swing open. A long sweeping driveway takes you past the 7,000 square-feet Moroccan-style stone-clad guest house and on to the elegant, though understated, 20,000-square-foot main house.

Seems Vicki Walters began a major renovation project to redo the interior of  the main home, but didn’t quite complete the work. According to Altman, the new owners will need to add new kitchens and bathrooms before moving in.

One of the many truly remarkable features of the property is its lavish equestrian center. It includes five stables, a pair of white-graveled riding rings and extensive riding trails throughout the wooded estate. This, in the middle of Beverly Hills.