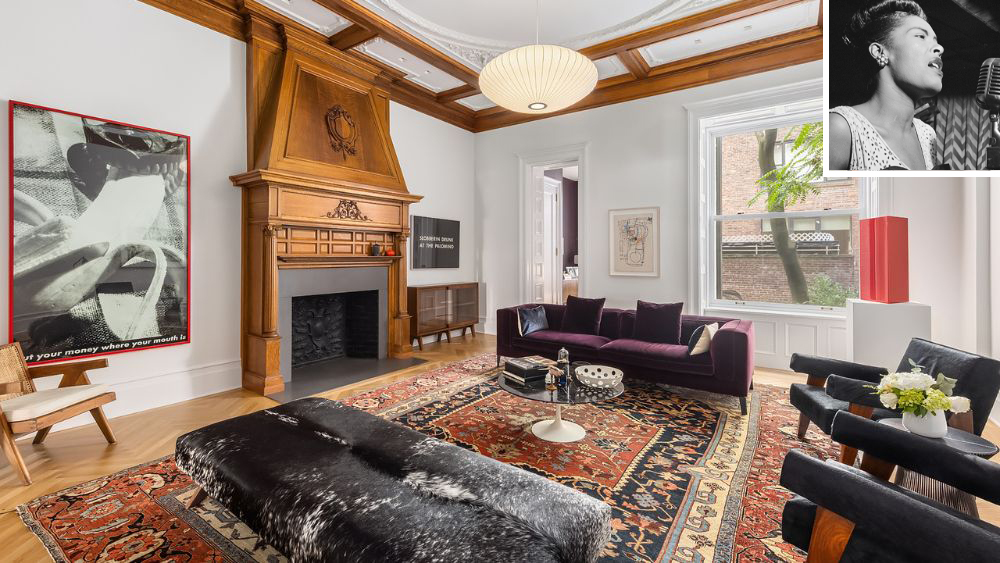 This New York City brownstone is the epitome of easy living.

The former Upper West Side townhome of jazz legend Billie Holiday has just come onto the market and if you want to get your hands on the late singer’s historic digs, it’ll cost you close to $14 million. Listed with Douglas Elliman, the Renaissance Revival residence was recently renovated and received a few practical upgrades along the way. Although, it still maintains many of the original finishes from when it was built in the early 1900s. Holiday was said to have lived on the first floor during the last years of her life before she died in 1959. It’s also where she released her penultimate album, Lady in Satin.

The 20-foot-wide, 6,300-square-foot townhouse is spread across six levels and comprises seven bedrooms, six bathrooms and two powder rooms. Modifications came about in 2017 when architect Amie Sachs and interior designer Fawn Galli were brought on to breathe new life into the space. Today, among its modern conveniences are a screening room with wallpaper designed by Lenny Kravitz, a temperature-controlled wine cellar and a curated backyard garden. Inside, you’ll also notice a ton of old-world detailing has been preserved. Think original mahogany doors, wood paneling and 10- to 12-foot ceilings.

On the parlor floor is a striking foyer that has a sparkling chandelier and herringbone oak flooring. Off the swanky main entry is the living room which comes with a soaring carved plaster ceiling and a stately fireplace. Nearby is a private office and state-of-the-art kitchen that’s been outfitted with a Sub-Zero refrigerator, Bertazzoni range, two Fisher and Paykel dishwashers, marble countertops and a full wet bar. A formal dining room and powder room are also found on this level.

Upstairs, the third floor is done up as a 1,100-square-foot primary suite. But honestly, it’s more like a personal sanctuary. Perks include a dressing room, fireplace and an uber-luxurious bathroom room that’s been decked out with heated floors, a soaking tub and marble detailing. You’ll also have access to your own private library. Elsewhere in the house is a skylight that exposes the arched brick abode to an ample amount of sun.

“Legacy properties always have a certain allure and cachet, especially in New York City,” listing agent Kelly Killoren Bensimon tells Mansion Global in an email. “New Yorkers love and adore their icons. Knowing that one of the most beloved storytellers of our time lived in a residence is a very strong selling point.”

Click here to see all the photos of Billie Holiday’s former Upper West Side townhouse.