×
By Lindsay Blake for Dirt.com 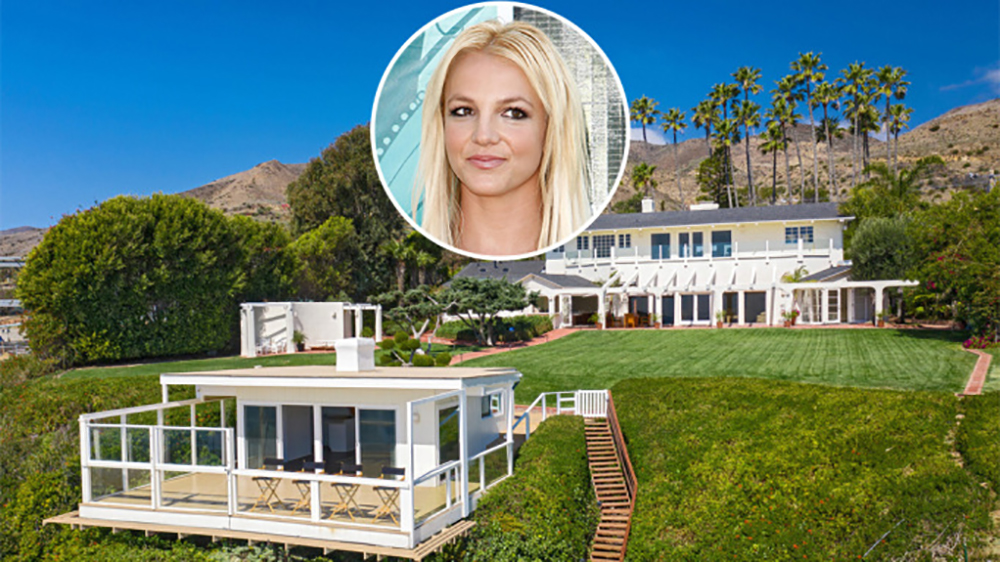 “It’s not that I don’t wanna stay… but every time you come too close, I move away.” So croons Britney Spears in her hit sophomore single “Sometimes.” Now the owners of the Malibu estate where the pop ballad’s iconic music video was lensed are singing the same tune as they just put the pad on the market. While I’m sure it’s not that they don’t wanna stay, it definitely looks like they will be moving away soon!

Released on May 6, 1999, “Sometimes” quickly became a “TRL” favorite. Director Nigel Dick, who helmed many of the pop princess’ star-making videos including her infamous “… Baby One More Time” debut, described the concept behind the shoot as such, “Britney’s sitting here and she’s looking through her telescope and she spies the cute young guy wandering on the beach—her man. Britney being the go-getting kind of girl that she is, she zips down the stairs onto the beach and races after him and, by accident, finds 20 people dressed in identical white outfits on the pier and does a fantastic fandango sort of dance ‘thang’ for him and, of course, he’s swept away.”

The main house on the beach front property.  Chris Cortazzo

Shot entirely on location in Malibu, “Sometimes” made large use of Paradise Cove and its picturesque pier, where Britney is seen performing the aforementioned fandango, winding up famously encircled in a heart formed by her gaggle of all-white-clad backup dancers. The house featured throughout the video, where the singer surreptitiously observes her love interest, played by model Chad Cole, can be found about eight miles up the road at 33800 Pacific Coast Hwy. (Please remember this is a private home. Do not trespass or bother the residents or the property in any way.)

Situated on a towering bluff overlooking Nicholas Canyon and El Sol County beaches, the stunning “legacy property” is a sight to behold! Last sold in May 1986, the current listing marks the first time the place has been on the market in 35 years! Owning a piece of pop history doesn’t come cheap, though! The four-bedroom, five-bath pad, which is repped by prolific Malibu realtor Chris Cortazzo, sports a hefty $44,500,000 price tag!

But you get what you pay for, as they say. Parked at the end of a 300-foot gated driveway, the extraordinary estate is sequestered on a whopping 1.9-acre lot that boasts an incredible 131 feet of ocean frontage!

The spacious interior decked out in white with an ocean view.  Chris Cortazzo

Featuring a sleek façade with clean lines and walls of glass, the dwelling was originally designed in 1949 by Cliff May, the architect largely considered the father of California’s ubiquitous ranch architecture. Of the style, May told The New York Times, “The ranch house was everything a California house should be—it had cross-ventilation, the floor was level with the ground, and with its courtyard and the exterior corridor, it was about sunshine and informal outdoor living.” While 33800 Pacific Coast Hwy isn’t what most would typically consider ranch architecture, with its open floorplan and focus on indoor/outdoor spaces, Cliff’s words are a perfect descriptor of the place.

As initially constructed, the pad was a single-story dwelling. Building permits show that the second level was installed in 1977 by none other than famed modernist architect Harry Gesner! So not only does the home represent a significant piece of music history, but an architectural one, as well, having been designed by two of the industry’s greats!

A meandering entrance path that zigzags across a rock-lined waterway leads to the spacious main house, a bright open structure consisting of 4,210 square feet with virtually every room offering views of the Pacific. Though the decor is seemingly all white on white on white, set against the pristine blue backdrop of the tide below, the schematic works quite well.

Steps leading down to the ocean where parts of the ‘Sometimes’ filming took place.  Chris Cortazzo

Living spaces include a combination sitting/dining/great room complete with a fireplace and French doors that open to the backyard, a kitchen with a two-tier island, a breakfast bar and a four-foot by four-foot tiled refrigerator, and a billiards/entertainment/media room featuring a wet bar. Picture windows, beamed ceilings, and stone and hardwood flooring are featured throughout. Additional amenities include a full attic and an office with a built-in desk and shelving.

Upstairs, the massive 1,300-square-foot owners’ suite is capped by a soaring cathedral ceiling, adorned with a fireplace that the listing notes features a “whole tree mantel” and lined with French doors leading out to a deck that spans the entire rear of the house.

The attached bath is marked by extensive marble work, a sunken tub and an oversized shower.

Outside on the expansive lot is a rolling lawn, multiple gardens, a hot tub, a lounging patio and an outbuilding with a sauna and a bathroom. The property also boasts two guest houses, the first with a kitchenette, a half bath and adjoining stairs leading down to the beach, and the second with a kitchenette, a three-quarter bath and a loft bedroom.

The luxe bathroom with marble detailing and a glass-door shower.  Chris Cortazzo

There’s also a plethora of parking on the premises including a two-car garage, an additional four-car garage and a red storage barn that the listing notes can be used as yet another two-car garage!

Though “Sometimes” was shot early in Britney’s career, when the then 17-year-old was still on the cusp of superstardom, it is easy to see why 33800 PCH was pegged to play her home in the video. The place is certainly befitting of a pop princess!

The property was featured extensively throughout “Sometimes,” as well as in “Time Out with Britney Spears,” which documented the making of the video. In speaking about the shoot in an interivew for “Time Out,” Nigel Dick said, “We’ve described this concept as the ‘Britney’s beach house video,’” to which Spears chimes in saying, “My beautiful beach house!”’

To accomplish Nigel’s vision of Britney zipping from the pad down to the shoreline below to meet “her man,” the production team was tasked with finding a residence situated on a bluff with steps leading to the sand. 33800 Pacific Coast Hwy fit the bill perfectly. The steep set of stairs Spears traverses in the video (which are very reminiscent of the ones Jennifer Grey dances upon in “Dirty Dancing”) are still intact, though they are no longer painted white.

A video still from Spears’ 1999 music video on the property.  Jive Records

Britney is also shown pondering her relationship, pink beach ball in hand, on a glass-walled rooftop deck situated on top of one of the property’s guest houses. As evidenced in the MLS photos, that deck is no longer there – or perhaps never was, possibly just a set piece that was installed solely for the shoot.

The effect was rather stunning, though, and should be considered by the new buyers as a potential upgrade!

The glistening ocean view from the quaint patio.  Chris Cortazzo

Otherwise, the estate still looks much the same today as it did when “Sometimes” was shot over two decades ago, offering the new owners plenty of spots to re-create the famed segment, should they be so inclined.

Check out more images from the property below.