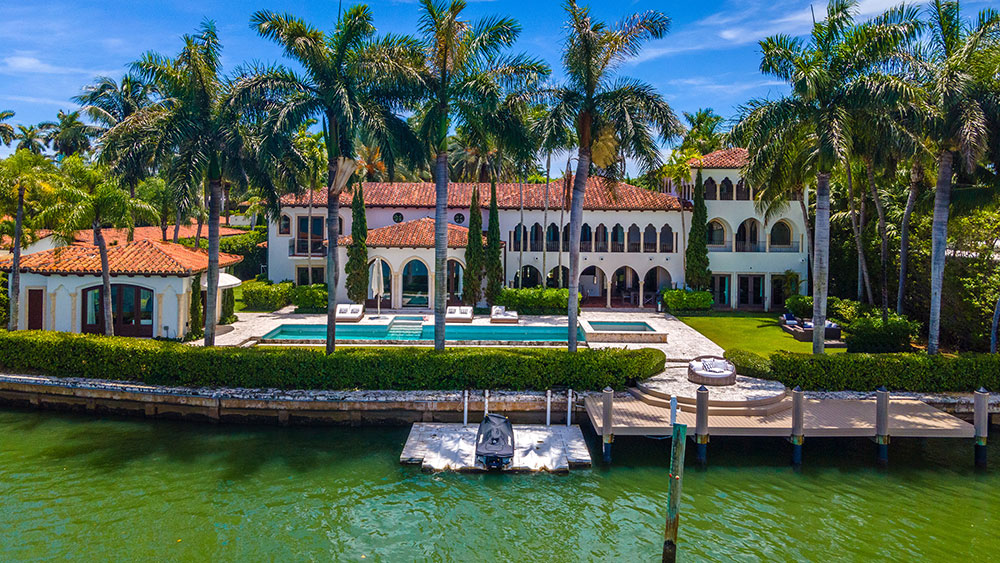 Do you believe in life after listing?

There’s reason enough to believe that Cher herself thinks so, as the singer has had no trouble moving on from her former Miami pad, which has just hit the market for $22 million. The Goddess of Pop originally bought the mansion for $1.5 million in 1993. A smart investment, as she sold it for $4.3 million just three years later.

And while Cher herself hasn’t lived in the place for over 20 years now, it’s only been expanded since—hence the loftier price tag. The property is now 11,460 square feet, with six beds and seven baths. Architecture here is in the Spanish Colonial style, a familiar and fitting look for Miami Beach—the interiors are by renowned French design firm Liaigre.

Inside, the double-height entryway and dual staircases offer a grand welcome. Arches and columns lend a stately feel to the space, and large windows that look out to the water blend elements of the indoors and outdoors.

Since it’s located on the gated La Gorce Island, the home offers the kind of privacy you’d expect for a pop queen—it even has its own dock, plus 158 feet of water frontage. Also, outside is a pool and adjacent pool house, as well as a separate guest house for visitors. Multiple courtyards and fountains make the rest of the property feel like the proper estate that it is.

As for Cher, well, some of her old digs have fared better on the market than others. The Owlwood Estate, which she once called home, has changed hands multiple times since she originally sold it and is currently on the market for a whopping $115 million. Meanwhile, an old Beverly Hills property of hers has had less luck: While it’s also been bought and sold plenty since her residency, it languished on the market, having originally listed for $85 million before it was chopped down to $48 million.

There’s no turning back time on this Miami mansion though, which the singer left behind long ago. Interested in being the next owner? Lourdes Alatriste of Engel and Völkers has the listing.

Another view of the pool.  Engel & Völkers

One of the courtyard spaces.  Engel & Völkers