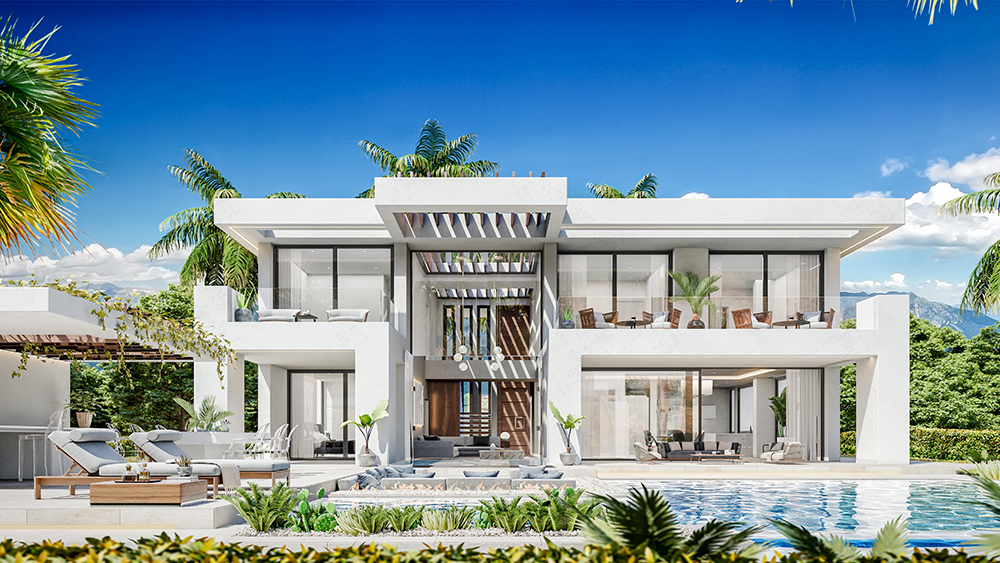 Courtesy of the OTERO Group/Quartiers Estates

With a reported net worth of $450 million, it’s safe to say Cristiano Ronaldo has cash to splash and a penchant for finer things: His Instagram regularly details his life of luxury, with private jets, supercars, yachts and mansions often appearing on the grid. And now, the Juventus striker will have even more fodder for the ‘gram since he just purchased a luxurious new Spanish villa for £1.3 million ($1.6 million).

The world’s second-highest-paid athlete—who made a staggering $109 million in salary and endorsements this year alone—has treated himself to a four-bedroom holiday house in Marbella, just a few doors from world-famous UFC star Conor McGregor, according to the Sun. This marks the second mansion that Ronaldo has purchased in the idyllic coastal city—the first was a $5.8-million home which came complete with giant portraits of the Portuguese footie ace—and the acquisition will bump the 34-year-old’s property portfolio up to £27 million ($33 million).

While they’re not direct neighbors, Ronaldo and McGregor are a mere stone’s throw apart in an exclusive new £15 million ($18 million) development in Spain’s Costa del Sol known as “The Superstars Cul De Sac”—a fitting name given that it’s where Denmark’s famous goalkeeper Thomas Sorensen and ex-Irish soccer star Steven Carr also reside. The gated community is situated by the green of the La Resina Gold Course and affords unparalleled views of the Mediterranean.

The villa itself is a monolithic structure with clean modern lines and a stark white façade which artfully counters the clear blue ocean environs. High ceilings and expansive panoramic windows ensure ample natural light fills the open-plan living areas while an elegant floating staircase links the two levels. The spacious master suite boasts a massive walk-in wardrobe for all those soccer cleats, an ensuite bathroom and, of course, stunning sea views.

The meticulously designed villa also features a high-tech automation system to control lighting, air conditioning and entertainment systems throughout. On top of that, there’s a wine cellar, private gym and cinema to keep Ronaldo and his family entertained.

Outdoors, there’s a generously proportioned garden—perfect for kicking a ball around—a sprawling infinity pool, sunken fire pit and an outdoor lounge. You can keep an eye on Ronaldo’s Instagram feed for family time at the viila or check out more pics below: