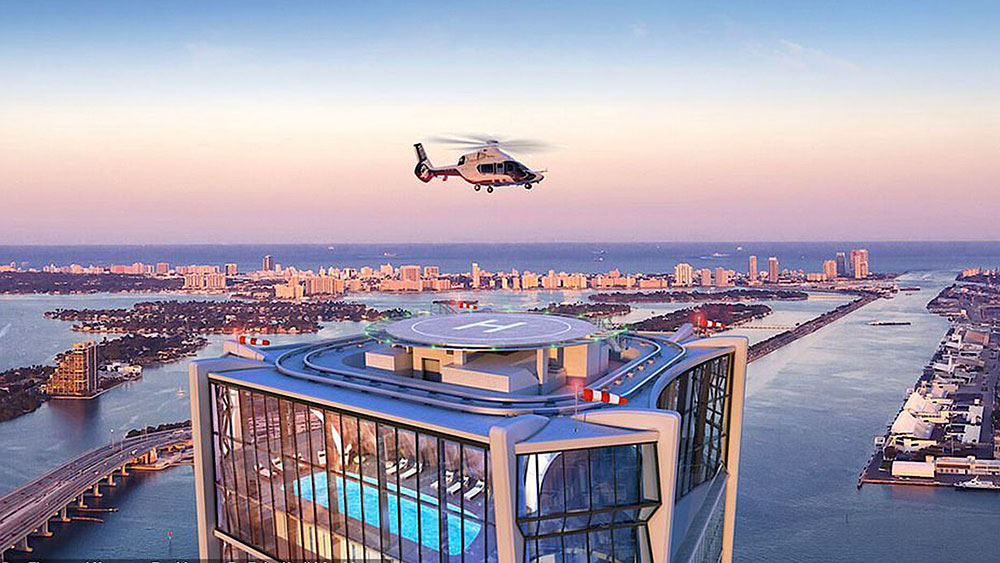 The power couple has snapped up the 11,000-square-foot apartment as they plan to spend more time in the Sunshine State. David, 44, is co-owner of Inter Miami CF, Miami’s new Major League Soccer team which played its first match against the Los Angeles Galaxy last month, losing 0-1.

Beckham and his backers are currently in the process of developing a brand new $1 billion stadium to be named Miami Freedom Park and scheduled to open in 2022.

No word on which floor of the landmark building the Beckhams will be living. Their penthouse is one of 10 in the tower, which has 84 residences, including one two-story duplex penthouse, four townhouses, and 70 half-floor units. Prices range from $5.9 million to $21.85 million.

The One Thousand Museum building, close to Miami’s downtown with jaw-dropping views of the Miami skyline and across Biscayne Bay, is the first and last residential development designed by Iraqi-born starchitect Zaha Hadid. The Pritzker Prize winner died of a heart attack in March 2016 while in Miami during the building’s construction.

Nicknamed the “Scorpion Tower” for its exo-skeleton construction, the building soars 705 feet into the air and was the subject of an episode of the PBS documentary series, Impossible Builds.

The Beckhams will be able to enjoy the building’s myriad of five-star-plus amenities. In addition to the 61st-floor swimming pool, there’s a two-level fitness and wellness spa, a private beach club and a multi-media theater for private movie screenings.

Curved lines define the architecture of all the units.  Photo: Courtesy One Thousand Museum/Zaha Hadid Architects

The Beckhams, together with their four children, will also be able to zip in and out of the building by helicopter, away from prying paparazzi, using the private rooftop helipad—Miami’s first on a residential tower.

The unit itself was purchased by Beckham Brands Limited, the partnership and licensing company owned by David Beckham. Seems the acquisition was initiated last fall and formally closed in late March.

Interestingly, at a reported $20 million, the Beckhams appear to have paid top-dollar for their unit. According to records, a similar one-floor penthouse closed on March 19 for $13.8 million.

Not that the odd million should worry the couple. Said to be worth a combined $900 million, they also own a spectacular $36 million mansion in London’s Holland Park, along with a $7.5 million country estate in England’s rural Cotswolds.

The pool on the 61st floor.  Photo: Courtesy One Thousand Museum/Zaha Hadid Architects