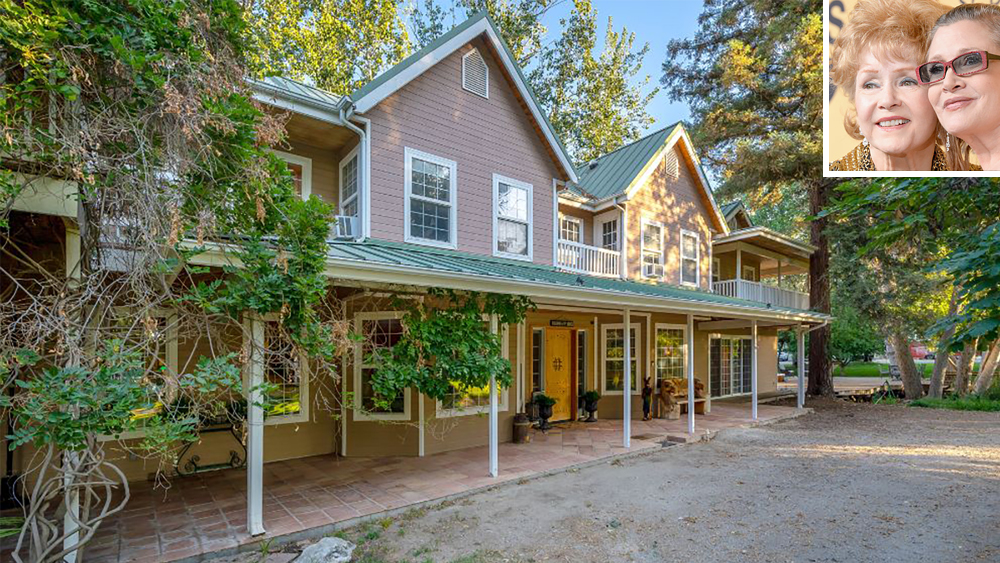 A California ranch where late screen legends Debbie Reynolds and her daughter Carrie Fisher once lived has just hit the market—and could come with a lot of celebrity memorabilia.

The 44-acre estate in Creston, dubbed Freedom Farms, is being offered up for $2.85 million by Home & Ranch Sotheby’s International Realty. It comprises a 7,800-square-foot main house, a barn, lake, hot springs and a pair of outbuildings that span 17,000 square feet. Prior to her and Carrie’s passing in 2016, Reynolds owned the property for the last three decades alongside her son, Todd Fisher. “The family compound was the site of hundreds of gatherings, sing-alongs and served as a tranquil retreat for Hollywood’s elite,” notes the listing.

Nestled into a private valley dotted with live oak trees and less than three hours from LA or San Francisco, Reynolds purchased the parcel in the ‘80s and put up the eight-bedroom, seven-and-a-half-bath main house in 1991. Inside, the Central Coast abode appears cozy, clad with custom tile, woodwork and high ceilings. The walls here tell all kinds of stories, enlivened by artifacts, family heirlooms and old photographs.

A grand piano acts as the centerpiece of the living room, which son Todd tells SF Gate is the same one “that accompanied Frank Sinatra, Tony Bennett and Dean Martin.” Elsewhere is a home theater where Reynolds and Carrie would screen their choice of over 5,000 movie titles, which are said to be stored behind the projector.

Right outside are the barn and two sprawling warehouses. While the latter is mainly used for storage, it’s where you’ll also find a sound stage, recording studio and office spaces. There’s even a cement helicopter pad and loading docks.

“There certainly is some memorabilia that I would be fine parting with…Certain furniture or certain artwork that I would be fine with leaving, that’s all negotiable. But there’s also things that don’t fit that bill. There’s some rare stuff on the walls, some really high-end photography, and some family things,” Todd tells SF Gate. “But, if the right person shows the right—let’s just say concern and care—and I felt that they were going to look after something, I wouldn’t have any problem because that’s what Debbie wanted. She wanted to share some of that with her fans. And our storage room is bursting at the seams.”

Hear that? Now’s your chance to own way more than just a slice of Hollywood history.

Click here to see all the photos of Debbie Reynolds’s California ranch. 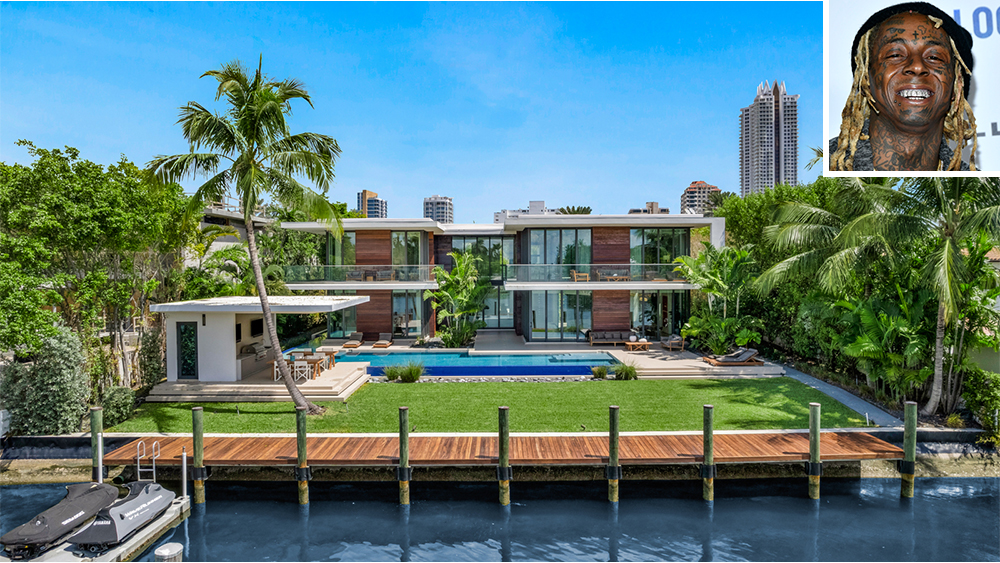