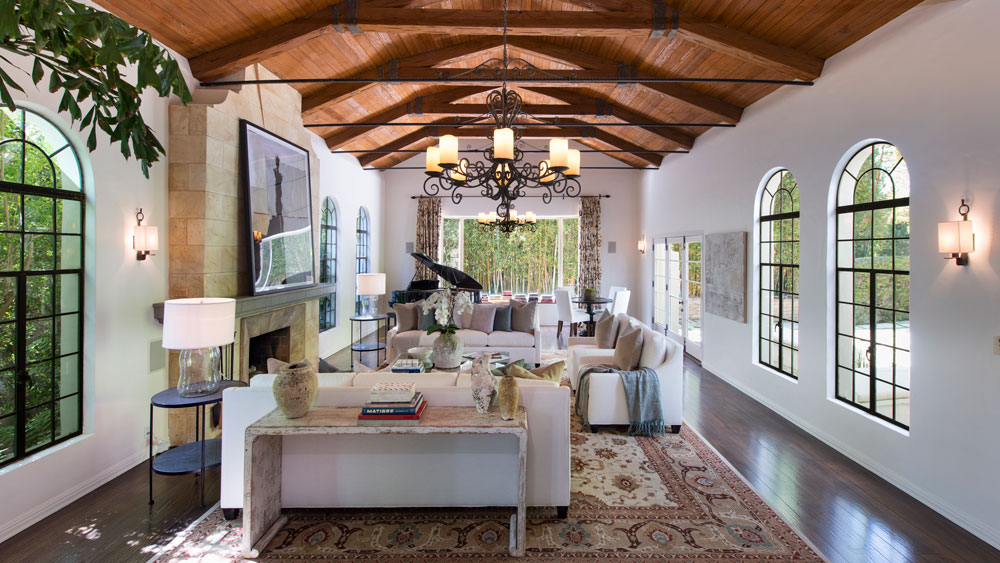 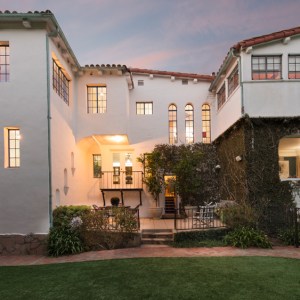 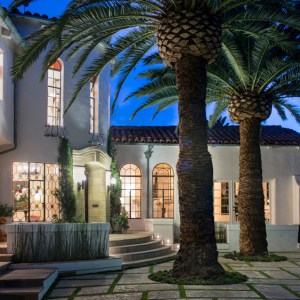 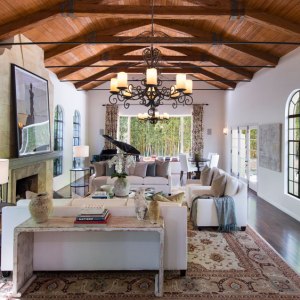 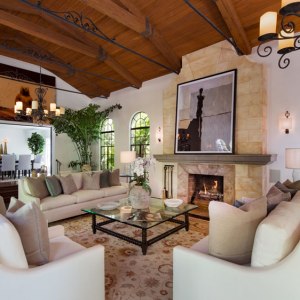 Actor Dennis Quaid, who starred in films including The Parent Trap and The Day After Tomorrow, has listed his historic Pacific Palisades home for just under $6.5 million. Tucked into the upscale Palisades Riviera neighborhood in Los Angeles, Calif., the classic estate features Spanish-style details such as a red tile roof, exposed beams, and multiple arches. The 6,114-square-foot home has six bedrooms (including a master suite with his-and-her closets and baths), an office, and a playroom.

Designed as the ultimate entertaining space, the oversized living room shows off leaded windows, vaulted ceilings, arched windows, and a stone fireplace. The living room flows naturally into a formal dining room that can seat up to 10 guests. In the kitchen, tile flooring and an eat-in breakfast nook create a cozy environment, while Viking and Wolf appliances and a chef’s island make it easy to prepare a dream dinner. Residents can pass the time by watching movies in the ritzy media room (which comes with an HD projector) or head to the 10-car motor court to check out their collection of superlative supercars.

Of course, since it’s located in California, the home also comes with outdoor spaces that allow residents to entertain (or soak up the sunshine) year-round. Surrounded by hedges and mature fruit trees, the enclosed backyard is outfitted with a swimming pool, spa, and lounging areas. And multiple terraces can be used for dining or sunbathing.

“I never thought of living on Sunset Boulevard before,” Mr. Quaid told The Wall Street Journal. “But it turned out I had more privacy being on Sunset than anywhere else.”

Chris Hicks of the Agency holds the listing for the property.

A slew of other homes formerly owned by A-listers such as Elizabeth Taylor, Zsa Zsa Gabor, and Richard Nixon are also for sale in the Los Angeles area.