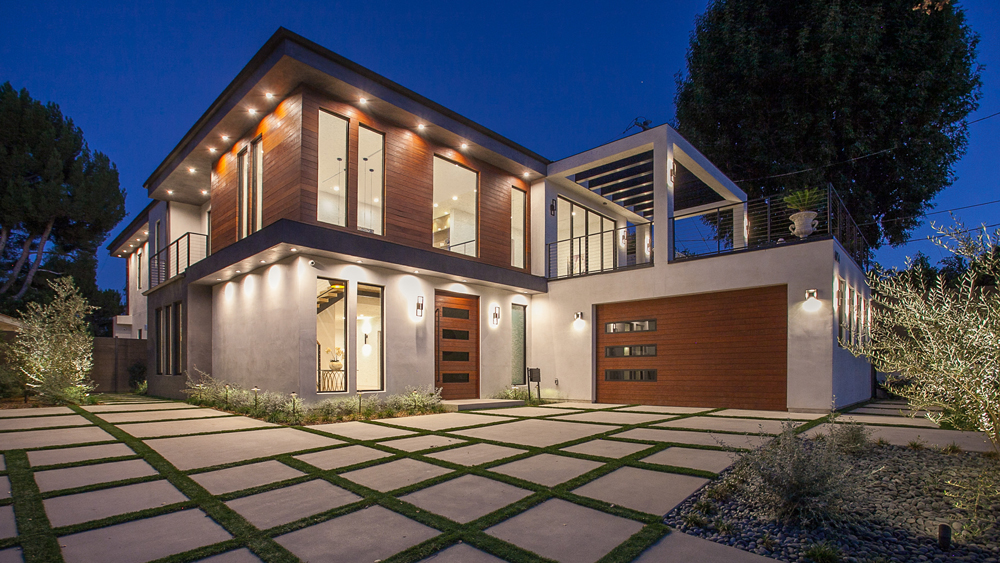 Sooner or later, we all end up in Encino—just ask Wiz Khalifa.

Instead of dropping an album, the 31-year-old hip-hop artist, neé Cameron Jibril Thomaz, just dropped $3.4 million on a new pad in the Los Angeles suburb, just over the hill from West Hollywood. The angular, modernist mansion—an airy, sleek white box—boasts a laundry list of features that would pique the interest of a rap heavyweight like Wiz: 24-foot ceilings, a foyer with a floating staircase, a theater, a 100-bottle wine cellar, and an indoor-outdoor design that is meant to take advantage of Southern California’s year-round beautiful weather. Suddenly a couple of million bucks doesn’t seem so far fetched, now does it?

Late last year, the 10-time Grammy nominee was the victim of a break-in, so it should come as no surprise that this home is tricked out with smart home features, including an alarm and exterior cameras. Indeed, privacy and safety are a top concern for home buyers of all stripes these days.

And while safety features no doubt will help Wiz sleep well at night, we’re sure the three en-suite bedrooms, the pool and spa, and the outdoor cabana with full bath and outdoor kitchen don’t hurt either. And, for good measure, there’s also White Oak flooring, a state-of-the-art kitchen, a terrace, and wrap-around balcony, all of which is topped off by an outdoor waterfall.

According to his Instagram page, Khalifa celebrated his new home the way you’d expect a high-profile rapper of his caliber to: with a few puffs of a blunt (he’s in California! It’s legal!) and a some giggles. Once the weather warms up and the grill gets going, we fully expect an invite.

David Ferrugio and Ben Bacal of Rodeo Realty sold the property, after another agent couldn’t move the listing. That seems impossible, but we’re glad it all worked out for Wiz in the end.