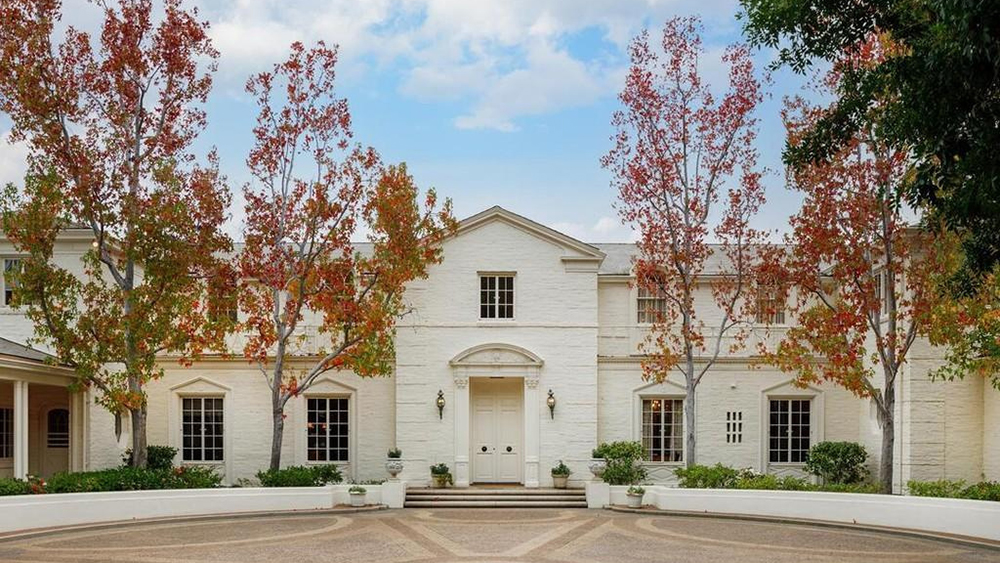 Just five months after it first popped up for sale with a blistering $75 million ask, L.A.’s so-called Jay Paley Residence—a historic 1930s manor designed by pioneering Black architect Paul R. Williams for the founder of CBS—has sold for a discounted but $61.5 million, a still eye-popping amount that ranks as 2021’s second-biggest California home sale thus far, behind only the $87 million paid by tech tycoon Jan Koum for his next-door neighbor’s Malibu home in February.

Records confirm that the property’s mystery buyer is Eric Schmidt, the Silicon Valley-based multibillionaire ex-Google CEO and tech titan with a very well known proclivity for acquiring some of America’s finest trophy homes. Schmidt bought the 2.6-acre spread from the estate of hotel heir William Barron Hilton, who died of natural causes on the premises back in September 2019. Hilton lived in the mansion for nearly 60 years, having purchased it in the early 1960s at a reported cost of just $475,000; the New York Post notes that the house served as the setting for his granddaughter Paris Hilton’s 2000 Vanity Fair photoshoot, which she now refers to as “iconic” and instrumental to launching her career.

One of several living rooms on the estate.  Photo: Courtesy of Hilton and Hyland

Although the Jay Paley Residence is technically located in Holmby Hills, the house actually sits at a very desirable crossroads where the exclusive neighborhoods of Beverly Hills, Bel Air, Holmby Hills and Benedict Canyon all converge. Naturally, the vaguely AR-15-shaped mansion is not visible from the street, and the property is hidden behind iron gates, a hedge wall, and a notably long driveway that spills into a massive motor court ringed by liquid amber trees.

Described in the listing as a “rare and stellar interpretation of traditional English Georgian architecture,” the elegant mansion features dozens of rooms, including 13 bedrooms and 14.5 bathrooms. The property’s grounds include rigidly geometric expanses of lawn, formal gardens, and a forest’s worth of mature specimen trees.

In addition to the main mansion, the estate includes attached staff and guest wings discreetly located out of view from the main entry; there’s also a separate motor court and driveway for staff and service vendors. All of the home’s public rooms are categorically grand, with elaborate decorative moldings. There’s a formal dining room with stunning parquet wood floors and wood-paneled walls, a fireplace-equipped step-down living room, a relatively intimate den, and a separate billiards room.

Somewhere lies a commercial-grade kitchen capable of catering gala-style events, and an 80-seat home theater is also part of the residential package. A sinuously curved staircase overlooked by a Kia-sized crystal chandelier leads to the upper level, where there are two master suites—each of them with a boutique-style closet, marble baths, and views of the lush grounds.

In the backyard, al fresco dining loggias accented by delicately thin columns overlook the vast grounds, including the rectangular lawn that’s big enough for multiple croquet games. Perhaps the property’s most legendary feature is the colorful “Zodiac” swimming pool, original to the house, which incorporates all 12 signs of the zodiac into tiles arranged in a sunburst pattern. Elsewhere on the grounds are reflecting pools and a koi pond.

There’s also a lighted tennis court with viewing pavilion. The lavish compound is surrounded by some of the priciest homes in California, just a quick skip up the road from the Jack Warner estate, purchased by Jeff Bezos last year for a record $165 million

One of the relaxing public rooms with a fireplace.  Photo: Courtesy of Hilton and Hyland

Astute real estate watchers will recall that it was only last summer when Eric Schmidt and his longtime wife Wendy dropped a whopping $30.8 million for one of Santa Barbara’s most extraordinary estates, the so-called “Villa Solana.”

Some of Schmidt’s other homes in his vast array of trophy properties include a $20 million Montecito compound, purchased from Ellen DeGeneres in 2007; a $15 million Manhattan penthouse; a waterfront property on Miami Beach; and a spectacular mansion in Nantucket. But his primary residence has long been the posh Silicon Valley town of Atherton, Calif., where he owns a multi-structure compound worth tens of millions.

Of course, it’s also worth noting that the Jay Paley Residence is not Schmidt’s only Holmby Hills estate; back in 2014, he paid the family of actor Gregory Peck $22 million for a French chateau-style mansion that has since undergone a renovation.