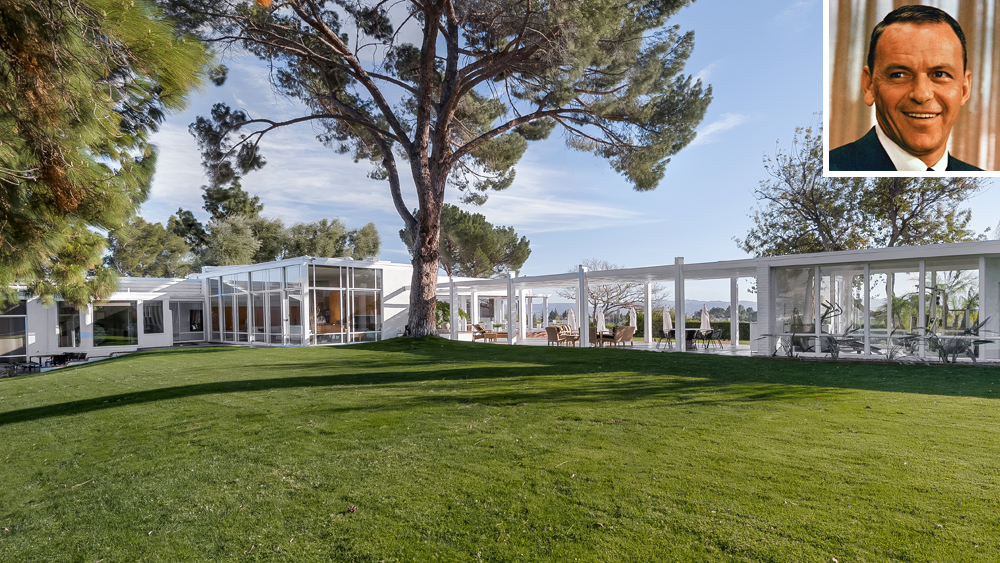 It’s not exactly in “New York, New York,” but Frank Sinatra’s old Los Angeles digs still have plenty of midcentury-modern charm. Fans of the singer can now snap up the estate, located in the quiet suburb of Chatsworth, for $21 million.

The home has a long history: It was built by architect William Pereira in 1949 and is one of only a small handful of private residences that he ever designed. Best known for his future-forward structures, Pereira’s résumé includes buildings such as the Transamerica Pyramid in San Francisco and the Los Angeles County Museum of Art. The property was created for bank heiress Dora Hutchinson, who leased the place to Sinatra. He lived there in the ’50s and ’60s.

The 8,200-square-foot main home has since been meticulously restored recently so that it closely resembles its original design. It’s a seven-bed, seven-bath residence, with a separate guest house for visiting friends and family. Guests can have a few drinks outdoors at the 2,000-square-foot outdoor lounge area or take a dip in the 50-foot pool. (The guest house also has its own small pool.)

There’s opportunity to make money on the estate, too. Given its distinct architecture, the home has been featured in TV shows such as Mad Men, Big Little Lies and Californication. According to the listing, this production business brings in revenue of about $1 million a year–if you’re comfortable with your home being on the big screen, that is.

One of the property’s biggest opportunities has to do with its acreage. It’s a 14-acre parcel altogether, and the estate comes with approval for 10 additional homes with separate entrances from the old Sinatra house. That’s great for a family compound, but you can also develop equestrian facilities, a greenhouse or a gym on the property if that’s more your thing.

Plenty of room to put your own spin on the listing, or just leave it as is. In the words of Ol’ Blue Eyes himself, the best is yet to come.

One of the bedrooms  Scott Everts/Fox/Agency