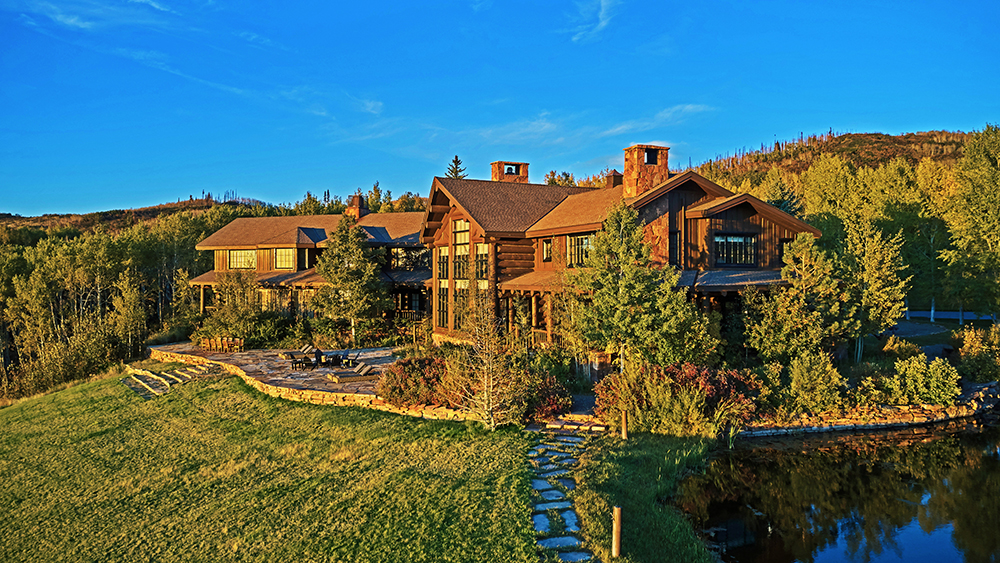 Originally listed for $55 million as far back as 2011, and after excursions on and off the market ever since, the price is now down to a nice, round $40 million.

“That original price was to say to any prospective buyer, ‘Hey, if you want it at that level, great. If not, that’s fine with me,’ But now it’s time. Time to move on,” the 65-year-old World Golf Hall of Famer tells Robb Report.

He’s just re-listed it with Colorado big-ranch specialists Hall and Hall, and tasked the realtor’s big gun, Hall and Hall director and partner Brian Smith, with finding a buyer.

“I’ve had a place in Colorado for 20 years. Had Seven Lakes since 2004. It’s been an amazing property for all the family to enjoy. And we really have made use of it. But now it’s a case of been there, done that. It’s time for someone else to enjoy it.”

Norman, whose primary residence is in Jupiter, Fla., says he fell in love with Colorado’s Meeker Valley, 90 miles from Steamboat Springs, back in the late 1990s when he was commissioned to design a golf course in the area.

While he ended up convincing the developer not to go ahead, he connected with the region so much he bought the 8,350-acre Dry Creek Ranch. Soon after, he expanded the property by acquiring the neighboring 3,000-acre Pollard Ranch.

And when billionaire investor Henry Kravis, cofounder of KKR & Co. decided to sell his adjoining 244-acre spread in 2004, Norman didn’t hesitate, acquiring the land along with its massive 14,000-square-foot stone-and-log lodge.

Since then the combined 11,900-acre Seven Lakes Ranch has been a year-round escape for Norman, his wife Kristen, and the ever-expanding Norman family.

“Ten years ago, we started spending the entire summer out there. Then we’d go back in the winter. Now it’s probably 10 or 11 weeks a year,” says the golfer and CEO of The Greg Norman Company, which has 13 divisions and interests from sports clothing to fine wine to Wagyu beef jerky.

The big appeal? The setting. Located in the White River Valley of Colorado’s Flat Tops Mountains, the ranch is a mecca for outdoor pursuits. From trout fishing in the two miles of the White River that runs through the property, to hiking and biking along the 80-or-so miles of trails and roads, to horse riding, clay shooting and hunting.

“My wife and I love to ride horses, doing trail rides for three or four days at a time, and camping overnight. I grew up in the Australian Outback so I’ve always had an affinity with the outdoors.”

The sprawling lakefront lodge has eight guest suites, a huge great room with a 30-foot-high vaulted ceiling and towering stone fireplace, a kitschy cowboy saloon and dance hall, a movie screening room with horse saddles for seats and a commercial-grade kitchen.

A bedroom in the log-built part of the lodge.  Photo: Shawn O’Connor Photography

Built in 1993 by Gordon Pierce, of Resort Design Architects who helped design Vail Village, the massive structure used more than 500 logs in its construction, each up to 45-feet in length and trucked in from Montana.

When Kravis owned it, it had been used as a high-end sportsman’s retreat with room rates going for as much as $15,000 per week.

“We did think about using it as a business venture,” Norman says. “With all its outdoor activities, it really would make a terrific executive retreat. But family use always came first.”

One of several outbuildings on the property.  Photo: Shawn O’Connor Photography