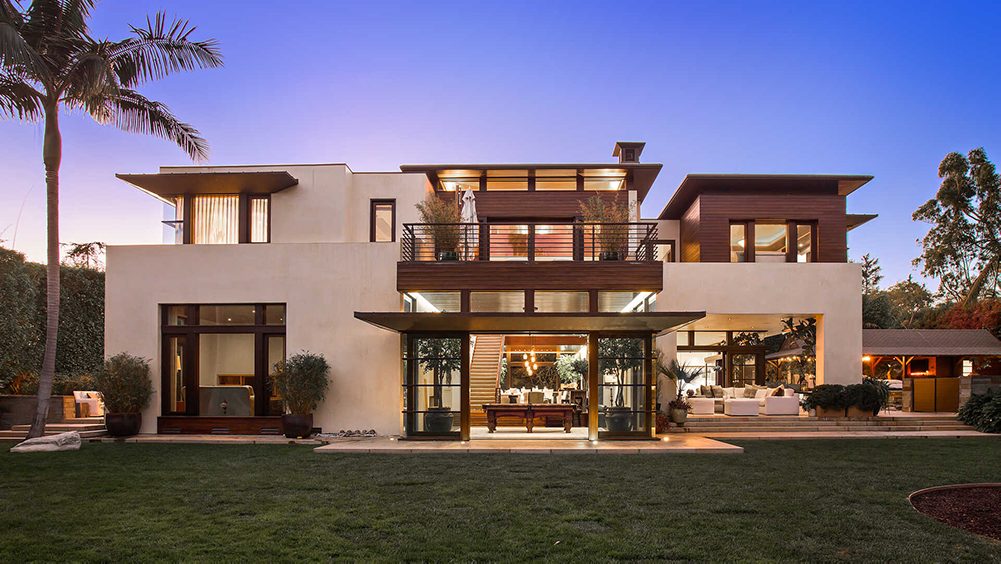 Like many others, Matt Damon is getting out of LA. Unlike many others, he’s not decamping to a quiet suburb; as per Mansion Global, the actor and producer is making New York City his primary residence, likely at the $16 million Brooklyn penthouse that he purchased last year. Either way, Damon’s former mansion can now be yours—if you’ve got $21 million to spare.

The Talented Mr. Ripley star and his wife, Luciana Barroso, purchased the 13,500-square-foot home for $15 million in 2012. Situated on San Remo Drive in the Palisades, the home combines California’s modernist architecture with Asian design elements. Architect KAA Design Group mapped the residence out around a sprawling central atrium with 35-foot, vaulted mahogany ceilings that connect the open-air living room and dining room spaces.

The seven-bed, 10-bath residence sits on a 0.68-acre piece of land with a pool, koi pond and a Hawaiian-inspired Lanai in the back yard. Glass walls blend this outdoor real estate with the interior atrium, giving the whole place a tropical, vacation home vibe.

Inside, the kitchen features custom mahogany cabinets and stainless-steel Viking, Wolf and Miele appliances. Elsewhere, there’s a game room, home office, private gym and a wine storage and tasting room. The primary bedroom, meanwhile, feels a world of its own, with a private terrace, massage room and dual closets.

Appetizing digs and an idyllic family home, particularly for the area, but Damon likely won’t be missing it much. His new million-dollar digs at the Standish—which, when he purchased it, was the most expensive condo in Brooklyn—puts him in the company of several other celebrities, including Promised Land co-star John Krasinski and his wife, actress Emily Blunt, who dropped $11 million on a condo in the same building in 2019. The Standish was reportedly the inspiration for Clark Kent’s Metropolis home in the old Superman comic books. In the words of Damon’s character from Good Will Hunting: How do you like them apples?

Eric Haskell of the Agency holds the exclusive listing for Damon’s old Palisades digs. Check out more photos below.