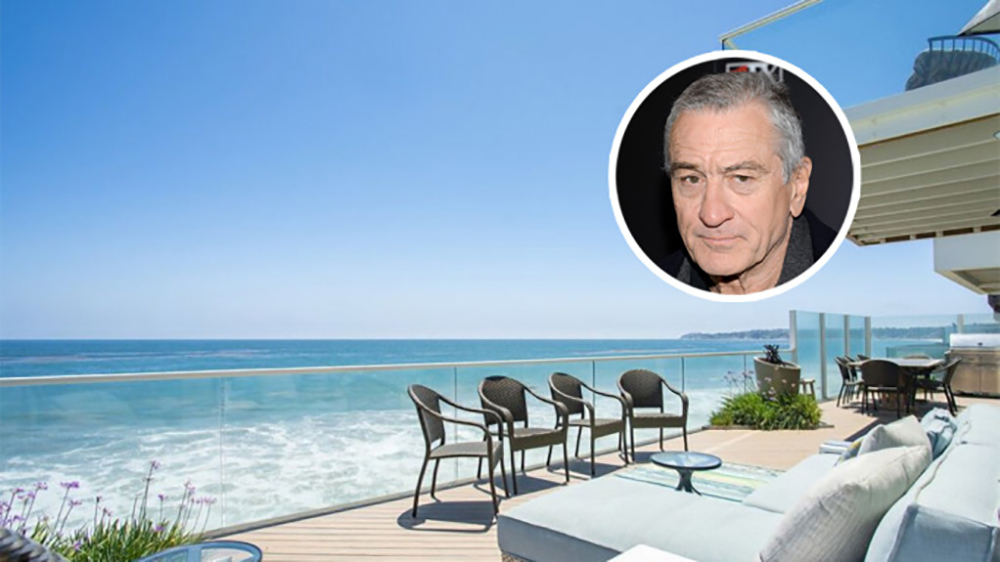 “Allow nothing to be in your life that you cannot walk out on in 30 seconds flat if you spot the heat around the corner.” So advises professional thief Neil McCauley (Robert De Niro) in the hit crime drama Heat. The contemporary pad where Neil lives in the 1995 film (which turned 25 this past December!) wouldn’t exactly be easy to walk away from, though.

The modern residence, which sits on the sand overlooking the Pacific Ocean in Malibu, is bright, open and airy—a quintessential Los Angeles beach pad. Interestingly though, while Heat’s many filming locations have been extensively chronicled on copious websites and in countless articles, such as these extensive pieces for the British Film Institute and L.A. Taco, little has ever been made of Neil’s home.

Heat, which is most notable for being the first movie in which De Niro shares screen time with fellow acting legend Al Pacino, was lensed over 107 days in early 1995. In an unprecedented move, director Michael Mann opted to shoot the film almost entirely on location, with very few soundstage-built sets used, which is unheard of, especially for a production of Heat’s caliber.

Countless iconic LA sites appear in the movie, including the now-shuttered Kate Mantillini restaurant in Beverly Hills, where Neil and Pacino’s Lt. Vincent Hanna sit down for a tense tête-à-tête, Bob’s Big Boy in Burbank, which serves as the workplace of Neil’s coconspirator Donald Breedan (Dennis Haysbert), and Santa Monica’s famed art and architecture book store Hennessey + Ingalls, McCauley’s go-to spot for researching his various scores. Neil’s starkly modern pad, though only shown in a handful of scenes, is no less memorable. So its longtime exclusion from Heat filming location sources is surprising. An anonymous commenter on the Then & Now Movie Locations website finally identified the place via MLS images as 26940 Malibu Cove Colony Dr.

Designed in 1982 by architect Ron Goldman, FAIA, the dramatic two-story property contains four bedrooms and three baths in 3,502 square feet. Featuring floor to ceiling windows, three fireplaces and an owners’ suite with a built-in desk and sitting area, Zillow values the dwelling’s worth at almost $9 million!

Check out more photos of Neil’s house below: