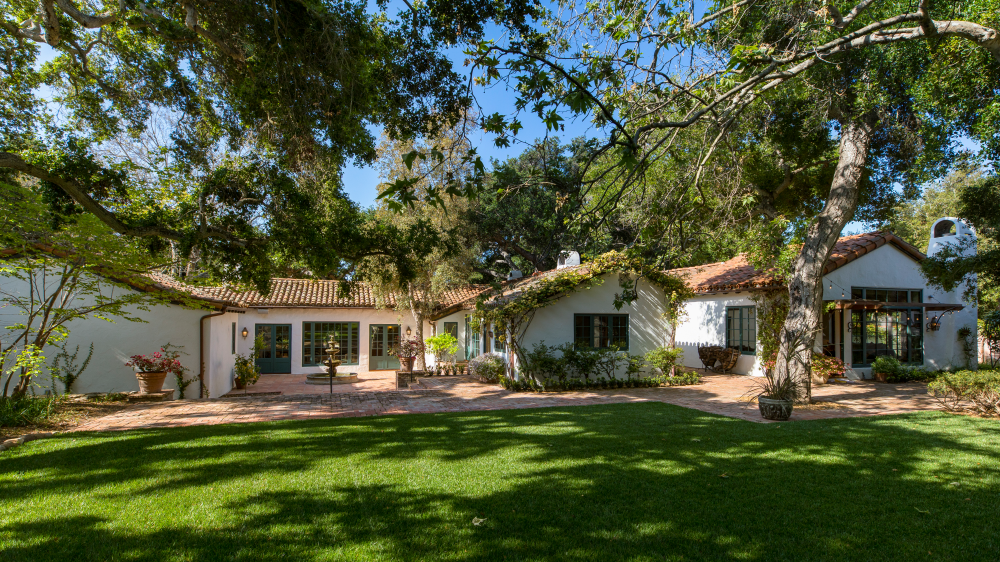 The Dude—er, Jeff Bridges—is walking away from his four-acre-plus Montecito homestead. The actor listed the Spanish revival style residence for just shy of $8 million, and while the home is certainly gorgeous, it’s the greenery that really sets it apart.

The grounds on the Santa Barbara-area home are equal parts flora, fauna and drama, with redwoods, a “butterfly garden” and “citrus orchard.” There’s even a private well, and a reportedly rare pink fern that Bridges and his wife, Susan, are quite taken by. Evidentially, while the actor may star in many an action-adventure romp, Bridges values a tranquil, quiet room of his own in his free time—preferably one with elusive fuchsia foliage.

“It’s exactly where you would imagine Jeff living,” listing agent Sally Hanseth of Coldwell Banker tells Robb Report. “Incredibly private and quiet, with acres of walking paths through oak and redwood groves… it’s a mindful oasis away from everything.”

To be sure, the three-bedroom, two-and-a-half bath, single-story residence is nothing to scoff at. Vaulted beamed ceilings keep the interior airy; five fireplaces in bedrooms and living areas give it that extra spark. The master bedroom itself features bay windows and a newly constructed bathroom. The 1690 San Leandro Lane address also has an all-important pool and adjoining pool house. A separate, one-bedroom guesthouse sits adjacent to the pool slash spa area—for all those times you have guests over with whom you would rather not share a roof.

And if you’re having a tough time traversing the acreage on foot, the property is pretty equine friendly as well, boasting a 5,000-square-foot barn, as well as a corral and tack room. (Bridges allegedly uses the space as a “man cave” to meditate, play music and paint.)

And future residents will be in megawatt company. High-profile neighbors include Oprah Winfrey and, until recently, Ellen Degeneres, who recently sold her home to Tinder founder Sean Rad for $11 million. We’ll see who ends up swiping right on Bridges’s digs.

Check out more images of 1690 San Leandro Lane, below:

The kitchen.  Photography by Eric Foote

The fire pit and courtyard area.  Photography by Eric Foote