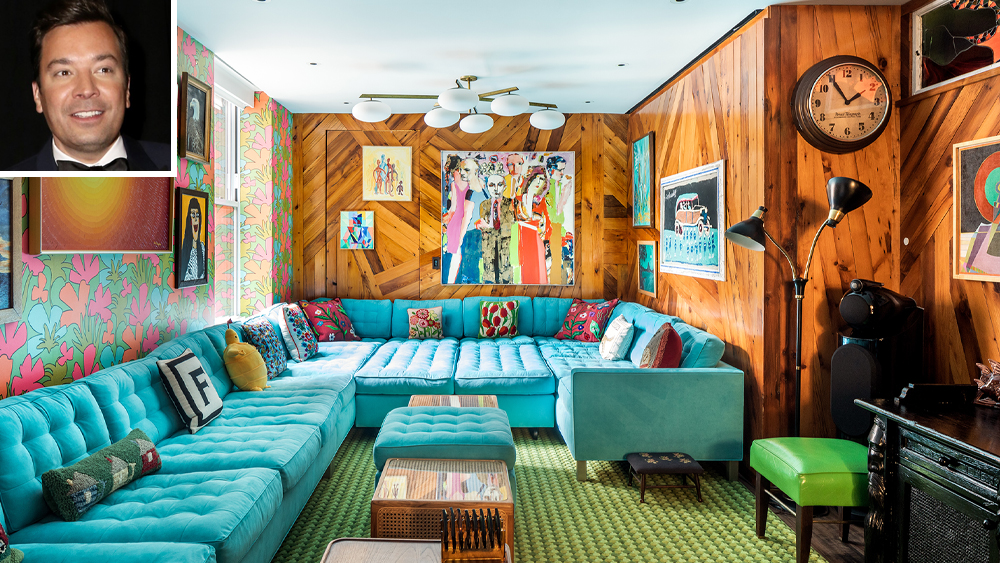 The first of the four units was purchased in 2004, around the time the low-key but high-powered pair coupled up. Another was acquired in 2010, and two more were snapped up in two separate 2014 transactions. All together the Juvoven-Fallons coughed up $4.925 million for the four units that together, according to listings held by Jeremy V. Stein and Debbie Korb at Sotheby’s Int’l Realty—Downtown Manhattan Brokerage, sprawl across approximately 4,950-square-feet with six bedrooms and five bathrooms.

Not counting carry costs and real estate fees, not to mention the unquestionably considerable expense of joining the four units into one family-sized triplex penthouse, the couple is set to more than triple their money on the fabulously quirky spread that’s popped up for sale at $15 million. Comprehensively updated with modern-day creature comforts, the vast residence respects its architectural pedigree with carefully restored original window frames, as well as original wood floors that are enhanced by what marketing materials describe as “a curated collection of treasured vintage and antique finds from around the world.”

A frothy confection of red brick and intricately ornamented red terra-cotta designed by little-celebrated architect George W. DaCunha, and built in 1883, the Queen Anne-style apartment house lords over the southeast corner of private Gramercy Park. Only those fortunate to live in the few dozen townhouses and apartment buildings that ring the serene and manicured green space are provided one of the roughly 400 keys that open the annually changed locks that secure the gates of the two-acre idyll. The Juvoven-Fallons’ penthouse transfers with a key to the park, and, in a city that relishes rarity and exclusivity, a key to Gramercy Park, one of just two private parks in New York City, is certainly one of its most coveted privileges.

Corinthian columns flank the main entrance of the idiosyncratically turreted full-service building that, besides Fallon and Juvoven, has been home to a fair number of Hollywood heavy hitters including James Cagney and Margaret Hamilton, the Wicked Witch of the West in the original Wizard of Oz. Even by New York standards, the sprawling apartment has an unconventional layout, and decorative eclecticism reigns in the not-so-formal formal living room. A gigantic Tiffany-blue tufted sectional sofa sits on a geometric green rug, and painstakingly applied skewed wood cladding is fearlessly paired with vintage floral wallpaper from the 1940s. A discreet in-ceiling projector means the cozy room does double duty a professional screening room.

Multicolor satellite-style light fixtures and six vermillion stools at the island snack bar punch up the huge and sunny, west-facing eat-in kitchen that incorporates top-end culinary equipment, bespoke cabinetry with designer hardware and a gas fireplace with an original mantelpiece and vintage tiles.

A cushioned window seat offers a bird’s eye view over the park and surrounding skyline. The casual family space also includes a huge pantry stocked with canned beans, a remarkable amount of Spagehettios and a 7-11’s worth of snacks and sodas. The pantry once served as a sound studio and is still fully soundproofed. A bookcase nipped under the handsomely crafted and mural-showcasing staircase swings opens to reveal a hidden, whimsically wallpapered children’s playroom complete with an arched fireplace. A secret hatch opens to the kitchen’s pantry, and a handy-dandy intercom makes a link to a second playroom on the triplex’s top floor.

The middle level has the least amount of square footage of the apartment’s three floors but nonetheless comfortably packs in a guest bedroom and bathroom, a small gym and a 500-plus-square-foot lodge-like saloon and family room. The walls are emblazoned with plaid wallpaper and a deer antler chandelier hangs from the exposed wood coffered ceiling. A huge semi-circular wet bar showcases a series of custom-made backlit stained glass panels set in to an antique bar cabinet, and a small sign hung on the massive stone fireplace reads “WEEKEND UPDATE,” a not-so-subtle nod to Fallon’s long-ago days as co-anchor of the iconic parody news segment on Saturday Night Live.

There are two guest bedrooms and a huge combination laundry room/bath tucked away down a long, meandering corridor at the back of the main floor. The larger of the bedrooms has a fireplace and east-facing windows that flood the room with morning light, while the smaller is less-than-ideally windowless yet still (and thankfully) filled with light that streams through a giant skylight. Two more guest or family bedrooms, a shared hall bath, a second playroom and a second laundry room share the top floor with the deluxe primary suite. Occupying a spacious wing of its own with two walk-in closets and a fireplace, the suite comprises a skylight topped bedroom with custom-built massage bed and a sitting room designed to look like the inside of a tree, giving new meaning to the idea of an urban tree house. The commodious main bathroom includes a steam shower plus a separate room with a jetted tub for soaking in solitude.

Like many New Yorkers with the means to do so, Fallon and Juvoven also have a home in the Hamptons. Bought nearly ten years ago for $5.5 million, and picturesquely set on 2.2 beautifully landscaped acres in sleepy (yet powefully swank) Amagansett, the nearly 8,300-square-foot farmhouse stands three stories tall with weathered cedar shingles accented with gingerbread fretwork around the two-story porch. The grounds additionally include a detached garage, a huge barn, a swimming pool and a couple of guest cottages. The family has spent much of the last year quarantined on the expansive estate that is just as whimsically outfitted as their city digs. 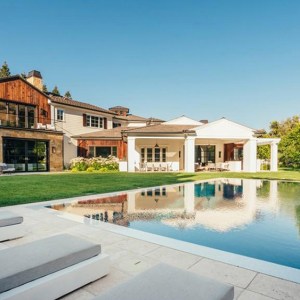 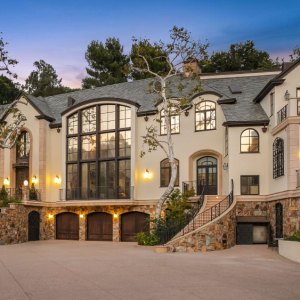 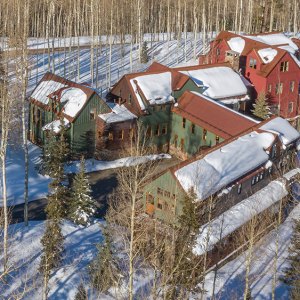 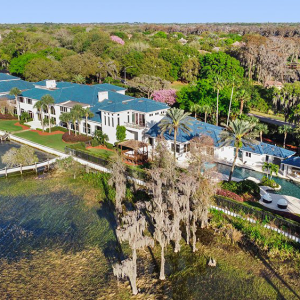 Shaquille O’Neal’s Super-Size Florida Mansion Is Back on the Market for $16.5 Million