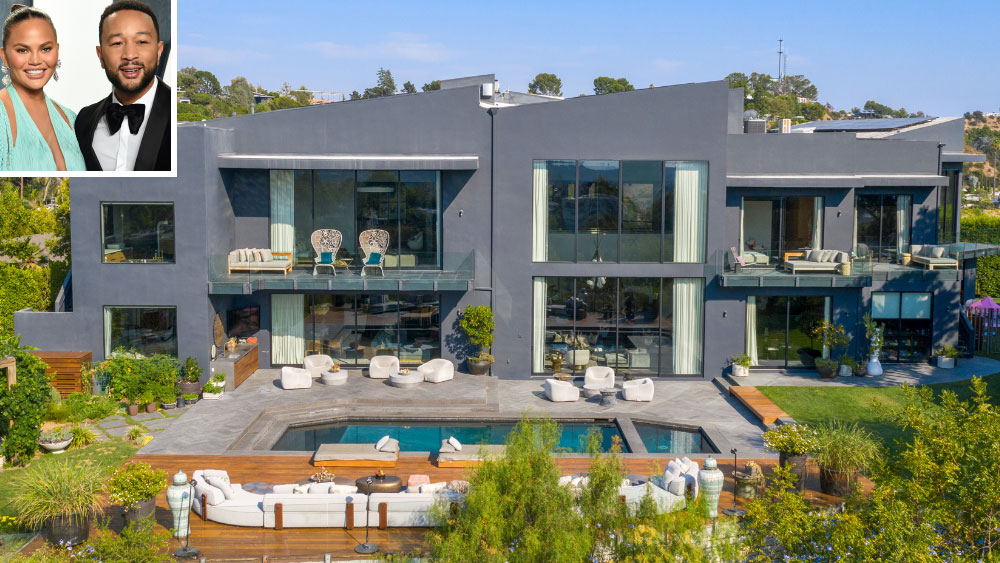 Chrissy Teigen and John Legend certainly found that to be true, anyway. The model and musician lowered the price of their Beverly Hills home from $24 million to $18 million about three months ago, and it’s already found a buyer, selling for a whopping $16.8 million. Not a bad payout considering the couple purchased the home for $14 million back in 2016.

The home was previously owned by Rihanna. Teigen and Legend brought on Don Stewart of Desiderata Design to completely redo the interiors, which were much more glossy and contemporary when they purchased it. Stewart has worked with them on homes in both New York and Los Angeles.

Stewart added incredible finishes to the 8,500-square-foot home, most notably a hand-carved teak ceiling in the great room imported from Thailand. The home has seven bedrooms and nine bathrooms in total and includes amenities such as a home cinema, a gym and a playroom with ocean views. Those staying in the primary suite get a sprawling sanctuary all to themselves, with a private balcony, dual walk-in closets featuring lit display shelves and a bathroom with a soaking tub made of Italian marble.

It’s an .84-acre estate, so there’s activities to do outside, too. The couple installed a heated saltwater pool and additional hot tub, as well as an expansive outdoor kitchen area.

Why leave it all behind? The couple plan to expand their family in the future, which means more space. They’ve since shelled out $17.5 million and upgraded to a 10,500-square-foot home in Beverly Hills. In a recent Instagram Live session, Legend showed viewers around the home, which features a tree in its center. Dubbed “the tree of life”, it’s a tribute to their son Jack, whom they lost at 20 weeks gestation.

The buyer of their previous home is a mysterious “private-equity executive,” according to The Wall Street Journal. Whoever they are, they can expect Teigen to drop by on occasion, as she told Architectural Digest that she and her mother still stop by and visit one of the couple’s other old homes in the area.

Check out more photos of the place below:

One of the walk-in closets  Photo: Anthony Barcelo