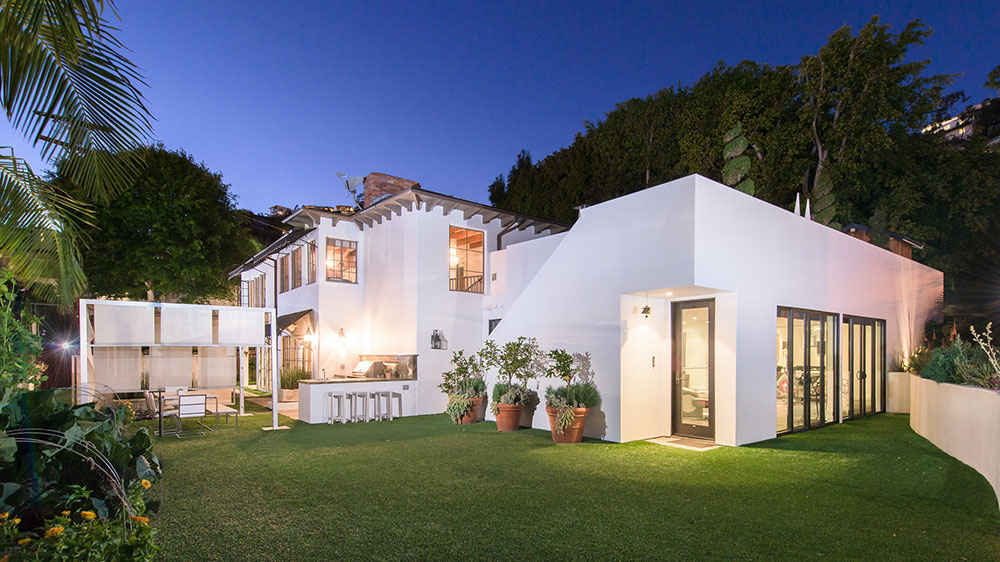 Photo: Courtesy of The Agency

Ahh, the stories these walls could tell. Hollywood bad boy actor James Franco—he’s starred in everything from Spiderman to The Deuce—bought this Spanish-style villa in 2006 and for four years called it home.

Situated on Marmont Lane, literally in the shadow of Chateau Marmont, the house was built in 1923 during the Golden Age of Hollywood. The actor reportedly paid $2.325 million for the four-bedroom property, proceeded to extensively remodel it, then sold it for $3.3 million in 2010.

According to our sister magazine Variety, the home was also previously owned by acclaimed Austrian film director Francis Lawrence, whose credits include the Hunger Games trilogy and last year’s Red Sparrow.

Part of the home’s considerable appeal—or maybe not, depending on your need for peace and quiet (if you do, this home might be more your style)—is its proximity to the landmark 1929 hotel. Remember, this is the place Harry Cohn, founder of Columbia Pictures, once told two of his testosterone-charged young stars, Glenn Ford and William Holden: “If you must get in trouble, do it at the Chateau Marmont.”

It’s also the place Lindsay Lohan famously racked-up a $46,350 tab, Led Zeppelin rode their motorcycles through the lobby, and where quirky photographer Helmut Newton, who lived at the hotel, died when he lost control of his Cadillac exiting the driveway.

Some Chateau Marmont rooms have a view of the pool.  Photo: Courtesy of The Agency

The home itself, which totals 5,215 square feet and features four bedrooms and five baths, still has a little of the Chateau Marmont vibe. Did we mention the shiny chrome stripper pole in the master bedroom?

The living room  Photo: Courtesy of The Agency

There’s also, reportedly, a now-sealed-off backyard entrance to a secret tunnel that led to the infamous Players Club on Sunset Boulevard. Back in the 1940s, the watering hole was a hang-out for the likes of Humphrey Bogart, Orson Welles and Howard Hughes.

For an 11,420-square-foot lot, the property manages to squeeze in plenty of outdoor amenities behind its high, brick privacy walls. There’s a separate guest cottage, a good-sized manicured lawn, plenty of patios for entertaining, plus a detached two-car garage.

The property includes a guest cottage  Photo: Courtesy of The Agency

There’s also a swimming pool, but please, no skinny-dipping—some of the Chateau Marmont rooms have a view. Then again, that would be right in line with what guests at the Chateau might expect.

Mauricio Umansky, Eduardo Umansky and Farrah Aldjufrie, of The Agency, share the listing.