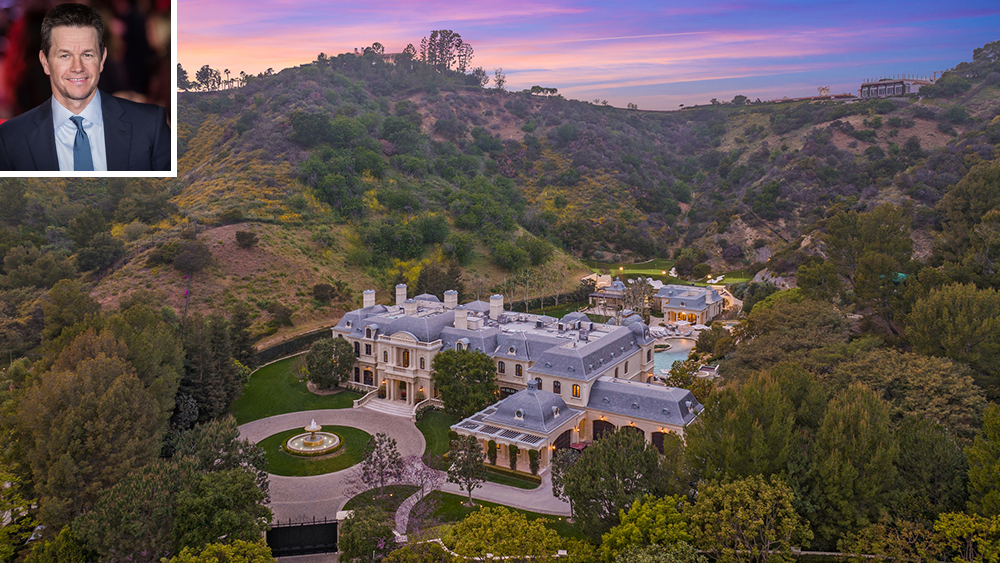 After spending less than a decade in his custom Beverly Hills compound, Mark Wahlberg is on the move.

The actor recently listed his epic, château-style home for a whopping $87.5 million. Situated on more than six acres of land in the tony gated community of North Beverly Park, the 30,000-square-foot mansion has 12 bedrooms and 20 bathrooms. There’s also a movie theater (naturally), gym (also naturally), a wine cellar and two-story paneled library within. But that’s just for starters.

The property’s real selling point may be all that’s located outside. In addition to a tennis court, it offers a full-size basketball court that lights up for night-time hooping and comes with a Boston Celtics logo at center (Wahlberg, a Bostonian, is a notorious fan). If you need to work on your golf swing but don’t have time for the club, the home has its own five-hole course. All of that would alone would meet just about anyone’s recreational needs, but it doesn’t end there. There’s also a private skate park for popping ollies on the half pipe. The resort-like grotto pool, meanwhile, is the perfect place to host parties while enjoying the sunny Los Angeles weather.

All of the outdoor amenities can be seen from an aerial view.  Anthony Barcelo

The estate was designed by Richard Landry, whom The New York Times has referred to as “the king of the megamansion.” Landry has worked with numerous other celebrities, including Tom Brady, Rod Stewart and Michael Bolton, and his designs have previously been recognized as some of Robb Report’s “Ultimate Homes.”

Landry told the Times in 2015 that he and Wahlberg “had so much fun” collaborating on the actor’s abode.

The home at sunset.  Anthony Barcelo

Though he was born and raised in Boston, Wahlberg’s ties to LA are strong. He started out as a member of the hip-hop group Marky Mark and the Funky Bunch before transitioning to acting in the mid-’90s. Since then, he’s been nominated for two Oscars, three Golden Globes, nine Primetime Emmys and three Screen Actors Guild Awards. He received a star on the Hollywood Walk of Fame in 2010.

The A-lister’s manse is being represented by Kurt Rappaport at the Westside Estate Agency. The brokerage has called the sale “a once in a lifetime opportunity to acquire one of the great estates in Los Angeles.”

Given the compound’s size, the buyer would have a lot of privacy to enjoy, but they’d also be in pretty good company: New neighbors would include the likes of Denzel Washington, Justin Bieber and Sofia Vergara.

Who needs the Funky Bunch?

Check out more photos of the estate below.