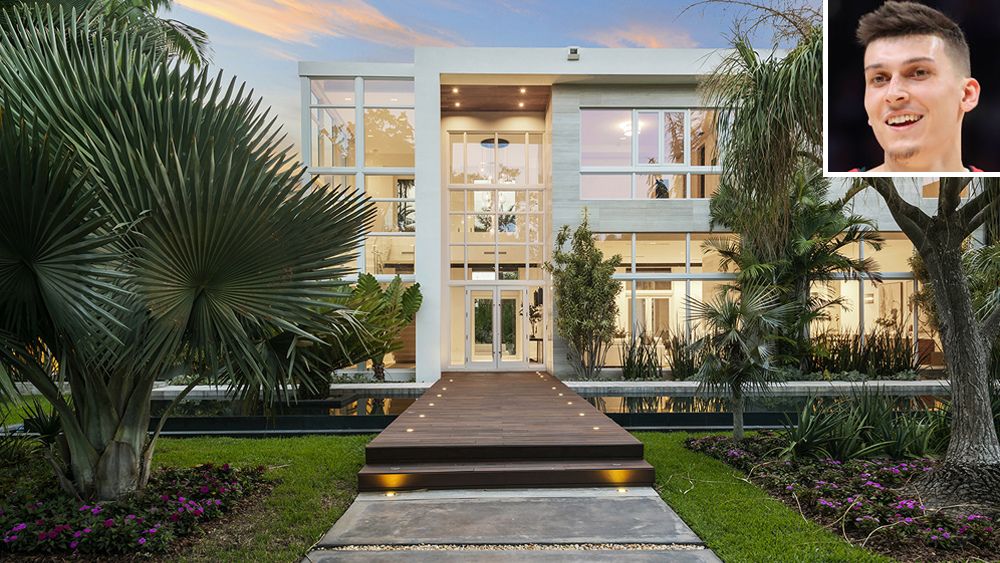 Miami Heat guard Tyler Herro rang in 2023 like any rising star athlete—with a game-winning buzzer-beater and a new house.

Late last month, the 22-year-old NBA player scooped up a South Florida mansion and set a new real estate record in the process, reported The Real Deal. Herro dropped $10.5 million on a massive estate in Miami-Dade County’s affluent Pinecrest neighborhood, where only eight other properties have been sold for $8 million and above. (Although, the original asking price for his Balinese-inspired abode was $11.9 million.) Measuring a whopping 9,505 square feet, the guard’s residence includes eight bedrooms, eight and a half bathrooms. While you won’t find any waterfront views, rest assured a glorious tropical garden serves as the backdrop instead.

“Pinecrest is an incredibly desirable destination for luxury home buyers, and this home is truly the area’s crown jewel,” said Josie Wang of Brown Harris Stevens Miami, who represented the sellers, in a press statement. “The location offers proximity to Miami’s finest attractions, including marinas, top schools, dining, shopping and parks. The home is unrivaled in its design, craftsmanship and custom, top-of-the-line finishes from lighting to millwork.”

Completed in 2021, the glass-walled manse is sited on a roughly one-acre lot and was first purchased for a modest $5.3 million while it was still being built. Considering the property has now sold for close to double that amount, Herro will have his choice of swanky amenities to enjoy—everything from a wine cellar and gourmet chef’s kitchen to a spacious media room. Elsewhere, the modern home gets its high-end look thanks to walls of floor-to-ceiling glass and globally sourced materials, including natural marble, stone and wood that have been imported from Brazil and Italy.

Naturally, indoor/outdoor living comes with the territory. Out back, the grounds take cues from the South Pacific as well with lush landscaping and local flora. At the center is a large swimming pool, surrounded by additional water features as well as a patio and a cabana. If and when Herro decides to play host at his new digs, the summer kitchen should come in clutch—something the baller knows a thing or two about.

Click here to see all the photos of Tyler Herro’s new Pinecrest home.