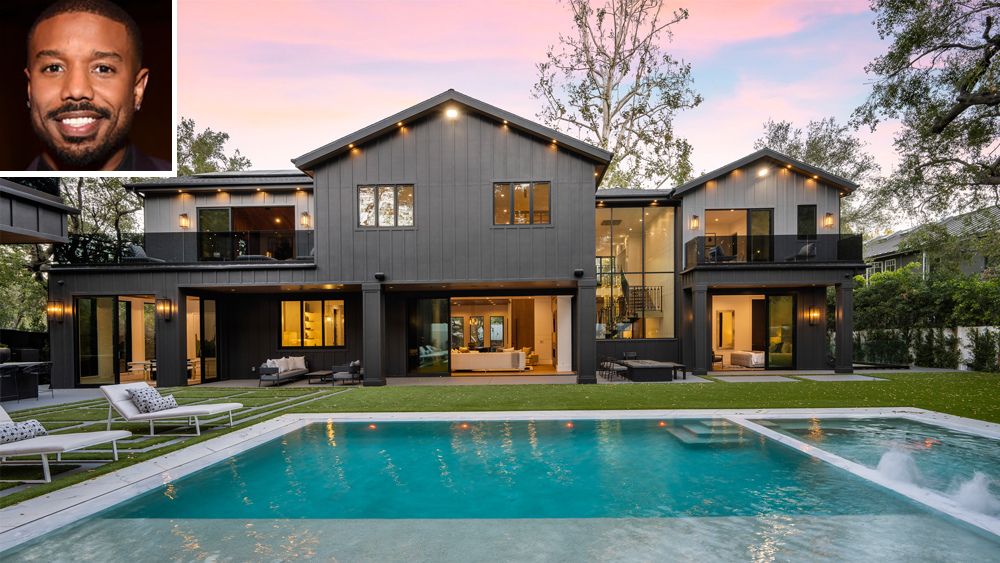 Michael B. Jordan will make his directorial debut with Creed III when it hit theaters this March, but in the meantime, he’s added another role to his resume: house flipper.

The actor has just put his farmhouse-style property in Encino’s Royal Estates neighborhood on the market for $12.9 million, eight months after scooping up the SoCal compound. Jordan originally bought the residence back in May for a cool $12.5 million and has since dropped close to $500,000 renovating the pad—although it was newly built in 2021. The upgrades included improvements to the home’s security and air-conditioning systems, Andrew Mortaza of the Agency, who holds the listing with Bryan Castaneda, told The Wall Street Journal.

Set on half an acre behind a set of gates, the spread comprises 12,300 square feet of living space, eight bedrooms and 10 full bathrooms. Also on the lot is a two-story guest house, cabana and a detached massage room. In terms of amenities, the abode comes equipped with a soundproof movie theater, gym and elevator, plus a glass-walled, temperature-controlled wine room. Another standout feature is the kitchen, which has been custom designed with two islands, state-of-the-art appliances and high-end cabinetry.

The real draw, though, is the primary suite with dual bathrooms, a fireplace, balcony and not one but two oversized dressing rooms. “That’s the biggest ‘wow’ factor for people when they walk through,” Mortaza told the WSJ. According to reporting by Dirt, there’s an additional closet entirely dedicated to shoes, which isn’t all that surprising considering Jordan is known for being a sneakerhead.

Taking full advantage of Los Angeles’s warm weather, you’ll find sliding glass doors throughout that open to the backyard. The pavilion has been outfitted with a kitchen, poolside lounge and zero-edge swimming pool. It’s unclear why the actor is parting ways with his home—perhaps to turn a profit or, depending on the success of the movie, he’s got his eye on something better. Let’s not forget he just had a cameo in one of the highest-grossing films of all time, so he’s got plenty of cash to splash.

Click here to see all the photos of Michael B. Jordan’s Encino mansion.