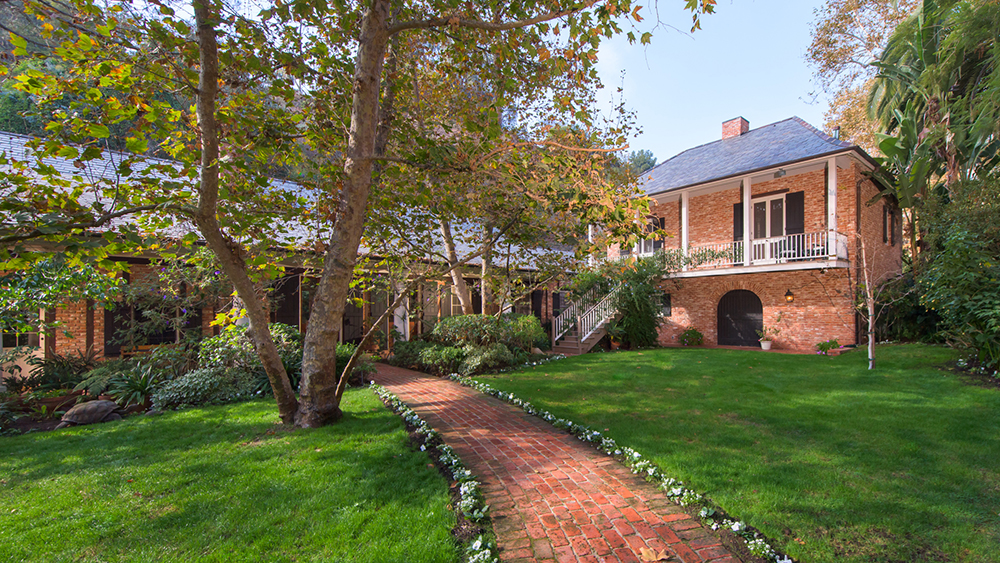 Will Rogers might have been the ultimate one-man media machine. Born in the Cherokee Nation, the cowboy made his way from Oklahoma to Hollywood, starring in more than 70 films—both silent and “talkies”—and had a syndicated column with The New York Times and a radio show. During the 1920s and ’30s, he was a household name across the US.

In LA’s Pacific Palisades, Rogers has an eponymous state park and a beach to commemorate his big personality and presence as well as his love of the outdoors. He died in a plane crash in Alaska in 1935 at age 57. But just before he died, he finished the final details on a sprawling new home just minutes from the Will Rogers State Park.

The starry legacy continued when actor Michelle Pfeiffer, along with her producer and TV writer husband, David E. Kelley, purchased the spread, which included a pool, pool house and horse stables, plus a spacious 6,250-square-foot main house. In 2001, the compound changed hands again, this time to a local venture capitalist and his family. Now they’re selling the expanded estate for $19.99 million.

The current owners brought in one of interior design’s stars, Michael S. Smith (who famously decorated the White House while the Obamas were in residence), to completely renovate the inside of the main house. While looking a bit humble on the outside, the home is decidedly elegant past the front steps with crown molding, fireplaces in several rooms and high ceilings. The wide-plank hardwood floors throughout are original, as is the two-story library with its spiral staircase leading to a second-floor loft or flex space.

The main house includes a vast country-style kitchen and pantry along with four bedrooms and four-and-a-half baths, a formal living and dining room, a windowed sitting room just off the dining area and a family room. All bedrooms are en suite and have a New England/Hamptons-cottage feel with beadboard peaked ceilings.

The current owners also built an additional guest house on the compound with two separate one-bedroom units. A staff house contains yet another bed and bath. Renovations also reached the stable, which has been converted into a spacious family fitness center. The pool house includes a full kitchen, a sauna and a spa and bath. Finally, the two-story garage has more space for a home office, with a living room and balcony. In total, the property offers five kitchens and eight bedrooms.

Gardens connected by flagstone pathways dot the estate, connecting the vast pool area to the guest quarters on the far end of the three-acre parcel.

The listing is held jointly by Aaron Kirman, Liz Gottainer and Jeeb O’Reilly of Aaron Kirman group at Compass. Check out more photos of the property below:

Another of the main house’s four bedrooms.  Photo: Marc Angeles/Compass

One of four baths in the home.  Photo: Marc Angeles/Compass

One of the units in the guest house.  Photo: Marc Angeles/Compass