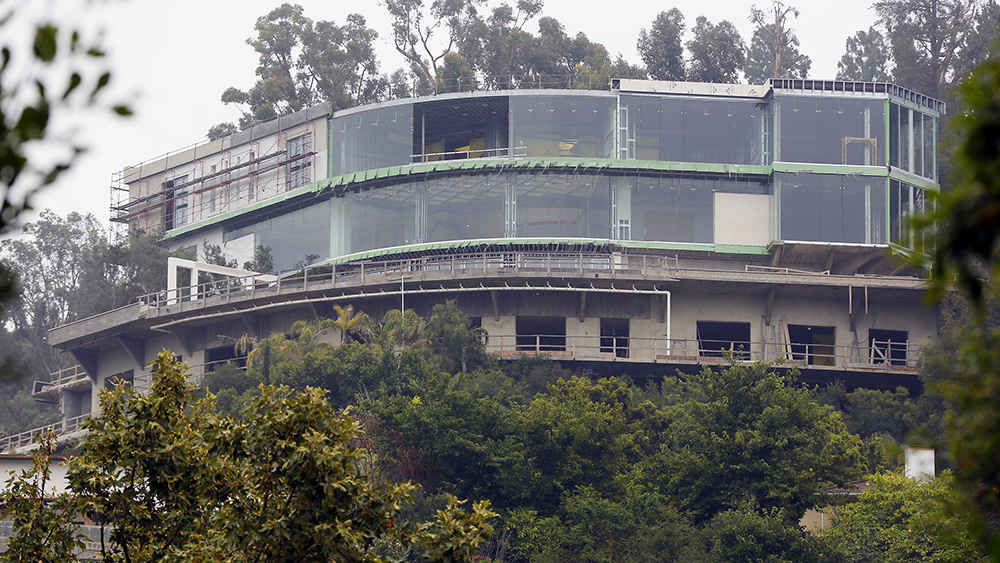 One of LA’s most epic real estate sagas is finally coming to a close.

After half a decade of legal disputes, Mohamed Hadid’s hotly contested Bel Air mansion has sold for $5 million at auction and is set to be demolished within the next nine months, as reported by the Los Angeles Times.

The luxury developer, who is the father of supermodels Gigi and Bella, first purchased the sprawling 1.2 acre property back in 2011. He promptly set about constructing a 30,000-square-foot mansion on the estate, which was both bigger and taller than city code allowed, according to the Times. The plans also called for a 70-seat IMAX theater, a gigantic wine cellar and a number of bedrooms and decks that were never approved by the city.

Neighbors expressed concern that the four-story manse, nicknamed “the Starship Enterprise,” could destabilize the hillside and put the properties below at risk. After Hadid was accused of illegally building the colossal abode on Strada Vecchia Road, he plead no contest to criminal charges in 2017, and was ordered to do community service, pay fines and present a plan to stabilize the structure. That same year, Hadid defiantly defended the property in the press.

“Demolish this house? Never!” he told Town and Country Magazine. “This house will last forever. Bel Air will fall before this will.”

In 2018, Hadid was hit with a civil lawsuit from his neighbors for not sticking to the terms of his plea deal and flouting repeated orders to halt construction. They demanded Hadid tear down the unfinished home. In 2019, a court ordered the mansion to be demolished, with Los Angeles County Superior Court Judge Craig D. Karlan deeming it a “danger to the public.”

Hadid tried to stop the destruction by declaring bankruptcy, but was eventually forced to put it on the market for $8.5 million. With no willing buyers, the price was slashed to $5.5 million before the property was finally auctioned for $5 million by Premiere Estates Auction Co. The buyer, local developer Sahara Construction Co., must pay to have Hadid’s half-finished creation demolished within the next nine months.

It seems the Starship Enterprise will die on the rarefied hills of Bel-Air.