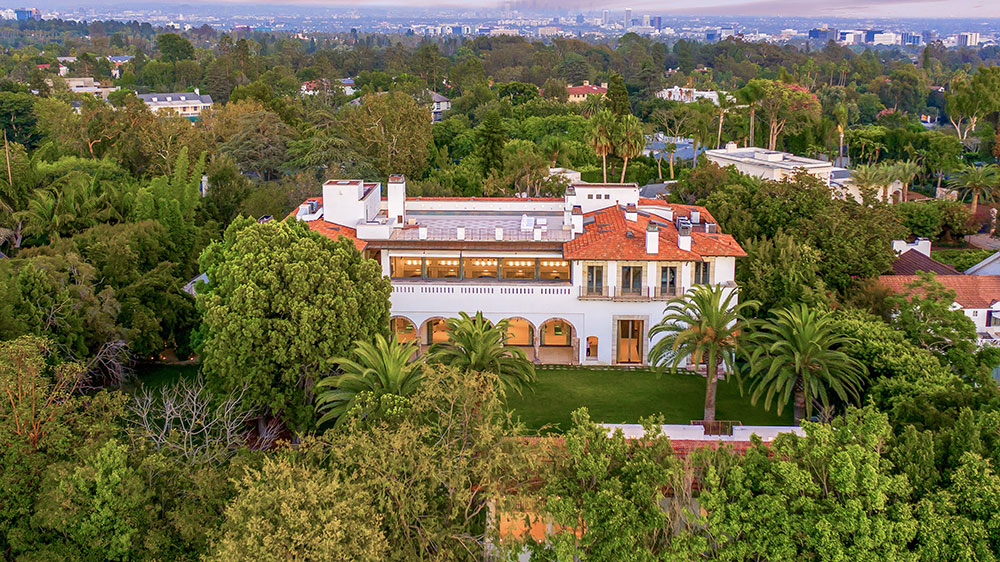 Renowned restauranteur Michael Chow, founder of the Mr. Chow chain of A-list-beloved Chinese eateries, is having another go at selling his 30,000-square-foot, Los Angeles mega-mansion. This time the asking price is down $8 million to a still eye-watering $69.9 million.

Chow and his ex-wife Eva bought the home’s 1.1-acre plot in the early 1990s and proceeded to spend over a decade—and a small fortune— constructing the sprawling, nine-bedroom estate, with its  three-story, stand-alone guesthouse.

The Chows first listed the property a year ago for $78 million about the same time the couple divorced. Chow, 80, married his fourth wife, 30-year-old Vanessa Rano, in February and celebrated by snapping up singer Katy Perry’s two-house compound in the Hollywood Hills for $12.7 million.

Now with an $8 million price shave and a new team of high-powered realtors, Chow is hoping the fortune cookies are predicting a quick sale of the minimalist estate.

“This is so much more than a home, it is truly a work of art, built to create a spectacular backdrop for a personal collection of antiquities and contemporary art,” says Carl Gambino who, together with colleague Kurt Rappaport of Westside Estate Agency, hold the listing.

If you’re wondering whether the $70 million asking might still be a little ambitious, remember that the walled, gated and highly-secure compound sits on coveted Mapleton Drive, arguably Los Angeles’ most-expensive residential thoroughfare.

Just down the street is the former Aaron Spelling 123-room, 56,000-square-foot home, “The Manor,” that  Formula One racing heiress Petra Ecclestone recently off-loaded for $120 million.

The home is said to have been modeled after a Spanish museum.  Courtesy of Westside Estate Agency

Entering the main house is like strolling into a museum with its 400-year-old Moorish columns, 16th– and 17th-century Florentine carved ceilings and imported ancient stonework.

The main reception room has second-floor galleries on two sides and features those towering ceilings and stark-white, art-friendly walls. Yet it’s arguably the Art Deco library, lined floor-to-ceiling with exotic woods, that will take your breath.

“It’s been described as ‘The finest room in LA’ and is a rare blending of gallery, artistic temple and personal sanctuary,” says Gambino.

The sprawling master bedroom is also Art Deco-inspired and features a vast dressing room and an equally spacious, white-marbled bathroom—one of 10 in the house.

The expansive kitchen is again all shades of white, but with centuries-old, hand-carved wooden doors to provide a contrast. The kitchen naturally features industrial-grade appliances to cater large dinner parties on the adjoining terrace, or up on the vast, tiled roof terrace.

The kitchen surfaces are a clean, white marble.  Courtesy of Westside Estate Agency

The billiards and piano room.  Courtesy of Westside Estate Agency

Shanghai-born Michael Chow broke the mold when he opened his first Mr. Chow restaurant in London’s Knightsbridge on Valentine’s Day 1968. His unique concept was to offer Beijing-influenced cuisine, at jaw-dropping prices, served by theatrical Italian waiters in a stunning setting.

He quickly bought up paintings from the likes of David Hockney, Peter Blake, Jim Dine and Allen Jones, but instead of stashing them away, he lined the walls of his restaurant with the prized art.