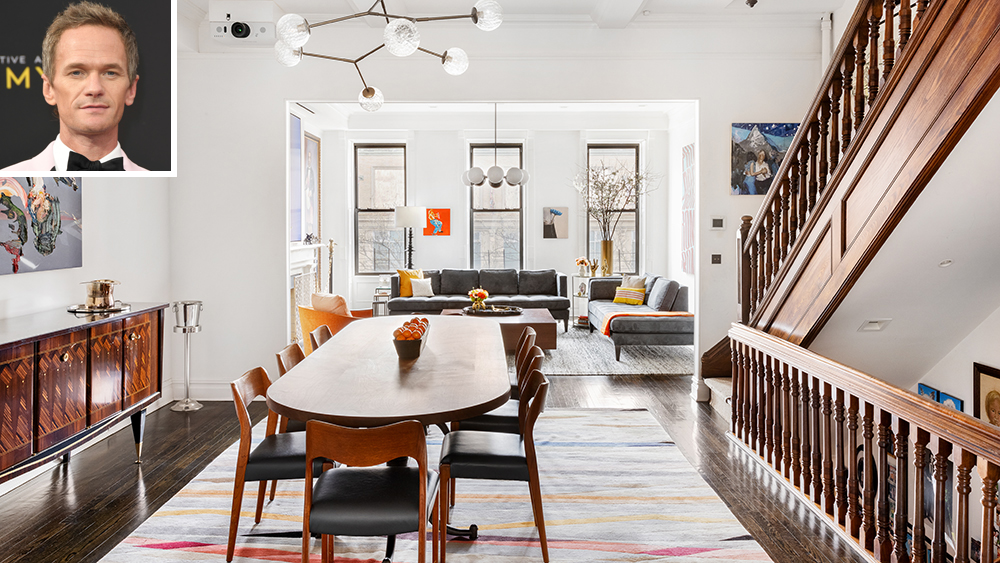 Neil Patrick Harris and his husband, actor and chef David Burtka, are parting ways with their beloved Harlem brownstone. The couple purchased the place for $3.6 million back in 2013 and spent 14 months converting it from a bed-and-breakfast to a single-family home for them and their kids. Now, they’re decamping to East Hampton after dropping $5.5 million on a home there—which means you can snap up their old NYC digs for a cool $7.3 million.

The couple worked with interior designer Trace Lehnhoff and architecture firm Povero & Company on converting the property, which dates back to 1908. They updated many aspects of it but also left much of the historic charm intact: The moldings are all original, as are the sycamore staircase and the oak floors.

The foyer  Will Ellis / DDreps

It’s an 8,000-square-foot parcel, with four bedrooms, four full baths and two half-baths. Those with a larger family (or who just need more guest rooms) can convert the library space into another bedroom should they so choose.

A good amount of outdoor space is included in the historic home too, starting with the backyard garden. There’s also a deck on the third floor, an outdoor Jacuzzi off the primary suite and a rooftop entertaining area with a pergola and barbecue. Altogether, that’s 2,000 square feet of additional out-of-doors space.

The bar  Will Ellis / DDreps

It’s kitted out with amenities too, most notably the home theater, which has its own separate entrance. On the basement level there’s a gym, wine cellar and a playroom for the couple’s twins.

One of the more left-of-center features is Harris’s secret office. You open the trick bar by pressing the eyeball of a magician on a vintage poster (not unlike how one would access the Batcave). Inside are the How I Met Your Mother actor’s original Haunted Mansion and Disneyland artworks.

The den  Will Ellis / DDreps

“We think of it as Willy Wonka meets the Magic Castle,” Harris told The New York Times jokingly in an email. True story.

Vickey and Pacey Barron of Compass hold the listing. Check out more photos below:

The primary bedroom  Will Ellis / DDreps

The movie theater  Will Ellis / DDreps

The roof deck  Will Ellis / DDreps