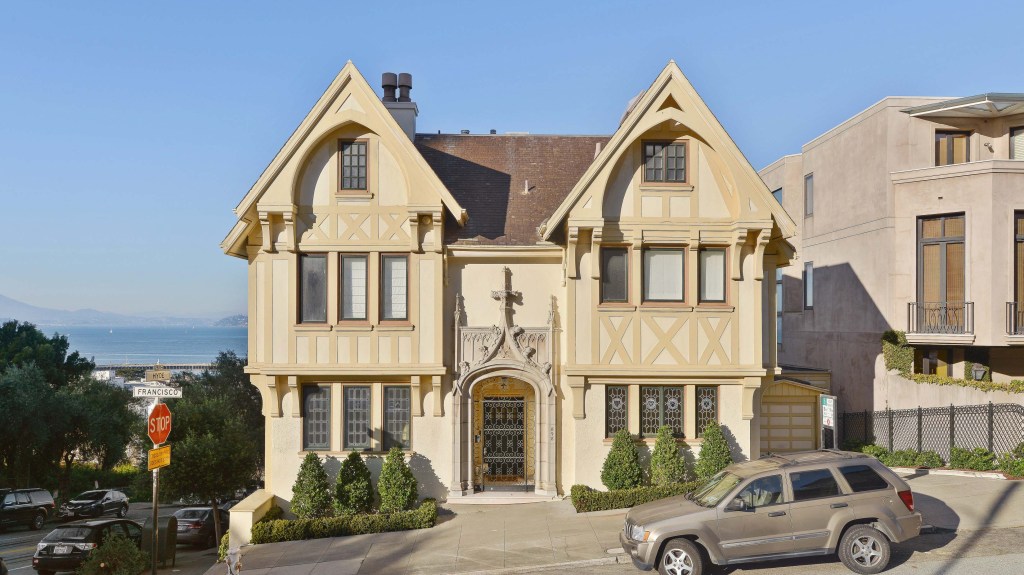 Nicolas Cage may be among Hollywood’s most seasoned stars, but for years he made a home on a charming San Francisco hilltop. Now, the actor’s former Bay Area residence has hit the market for $10.95 million.

In a career spanning nearly four decades, Cage has starred both in critically acclaimed feature films and commercial blockbusters—from the 1987 romantic comedy Moonstruck to the 1997 drama Leaving Las Vegas (for which he won an Academy Award) to 2007’s superhero-adventure flick Ghost Rider. Like many of his peers, the actor invested his spoils in real estate, and today owns as many as 15 homes.

Cage purchased the a four-story, 6,305-square-foot San Francisco property in 2007. Built in 1914 for celebrated sculptor Haig Patigian and located in the city’s Russian Hill neighborhood, the home features jaw-dropping views of the San Francisco Bay from every floor. But there’s plenty of visual splendor to gawk at inside the property, as well.  For instance, the main floor is comprised of a large foyer, as well as a library, powder room, formal living and dining rooms, and an eat-in kitchen that connects to the property’s two-car garage—you know, for all those times you finally beat the San Francisco traffic and need a quick snack.

The second floor contains the expansive master suite, with two dressing rooms, a large bath, and a mirrored wet bar, as well as two en-suite guest rooms. The third floor features additional en-suite bedrooms, and the lowest floor has a large family room, gym, and the all-important wine cellar.

Designed in the Tudor Revival style, some of the home’s other notables include original millwork, leaded and stained glass, vaulted ceilings, and not one but two wood-burning fireplaces. (Despite San Francisco’s temperate climes, Northern Californians apparently aren’t immune to the charms of kindling.)

Of course, if design is essential, location is still everything—and this property checks off both boxes. The centrally located home is situated just two blocks from the legendary zigzags of San Francisco’s famed Lombard Street.

Hey, it may not be a national treasure, but we wouldn’t be surprised if it’s gone in 60 seconds. See more photos of the historic home below: