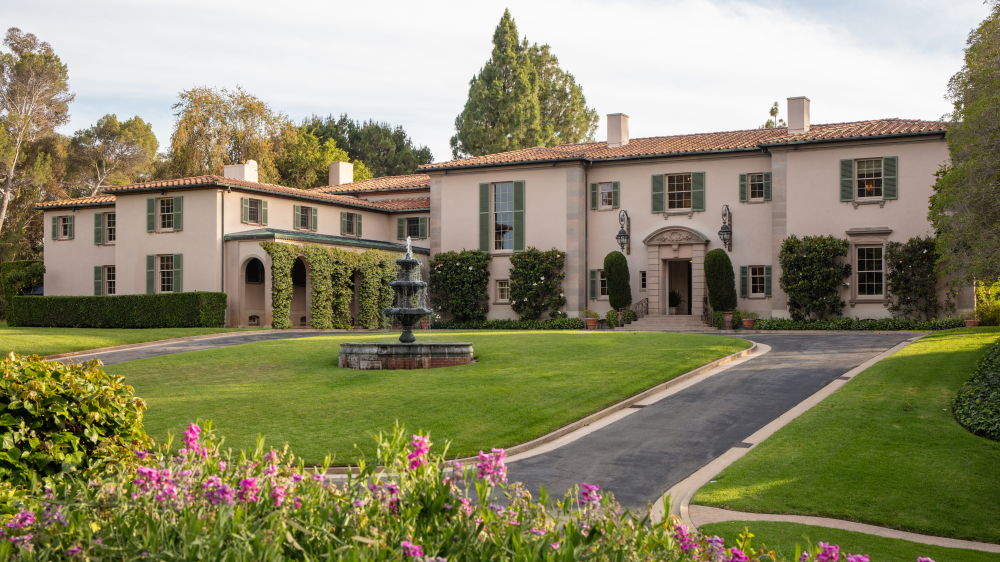 The Owlwood Estate in Holmby Hills

Ever wanted to live like Sonny and Cher and party like Jay-Z and Rihanna? Then, the Owlwood Estate offers wish fulfillment at its finest—that is, if you’ve got a spare $115 million to spare.

Indeed, Sonny and Cher once live at the estate. The duo reportedly visited actor Tony Curtis there for his birthday party, and, apparently, Cher was so taken by the place that she bought the parcel off him only a few years later. Prior to that, Joe Schenck, the chairman of 20th Century Fox, owned the property. His rumored girlfriend, one Marilyn Monroe, reportedly visited him there often.

Today, the home has extended that legacy as a party spot for A-list celebrities. Jay-Z, Rihanna, Nick Jonas and more attended a Grammy Awards brunch at the property in 2017.

The pool and adjacent pool house.  Photography by Mike Kelley

With nine bedrooms, 10 baths and four garages, there’s plenty of room for the future owner to host a celebration or two of their own. A tennis court and Olympic-sized pool ensure guests certainly won’t be bored, to say nothing of the downright regal interiors. Should that not prove sufficient, well, there’s plenty of room to grow. The estate is allegedly the largest compound in the tony Holmby Hills neighborhood, boasting 12,201 square feet of space, 10 acres and three contiguous lots on which the future owner can add, subtract and redevelop.

Or you can just kick back poolside and rejoice in your purchase—and the $65 million markdown from the 2017 ask of $180 million. We’d recommend blasting “Believe” in the background to really get in that star-studded headspace. In the meantime, check out more photos of Owlwood Estate below:

One of the guest rooms.  Photography by Mike Kelley