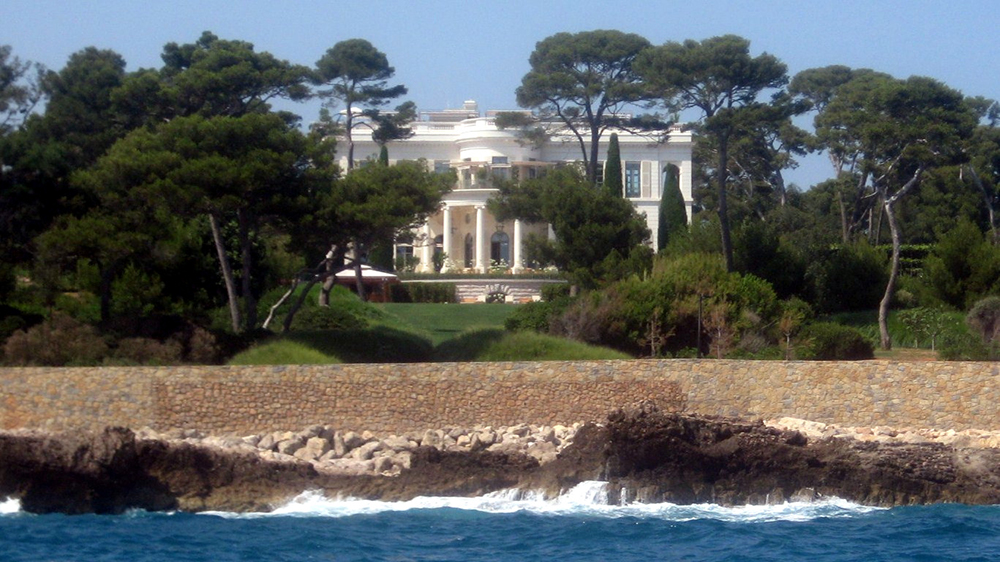 The reputed Vladimir Putin ally, who was sanctioned by the UK, the EU and Canada in March in response to Russia’s invasion of Ukraine, has just had 12 of his prized Gallic properties seized by French authorities. Among them is an historic villa situated in one of the most prestigious parts of the French Riviera.

Dating back to 1926, the storied Château de la Croë once belonged to the former King of England Edward VIII and American socialite Wallis Simpson. Fit for royalty—the Duke and Duchess of Windsor, specifically—the palatial abode sits on 12 lush acres just a few feet from the Mediterranean sea. Inside, it offers 12 bedrooms, eight bathrooms and a spate of royally good amenities.

Château de la Croë was once owned by the Duke and Duchess of Windsor.  Leslie Priest/AP

Abramovich purchased the château from an unknown party in 2001, before spending a reported $40 million on renovations to add a rooftop swimming pool, gym and cinema. The lavish pad is reportedly now estimated to be worth around $117 million.

French authorities have also seized the oligarch’s estate on St. Barts, condos in Paris and villas in Nice. The total value of his seized properties is in the ballpark of $340 million, according to Forbes.

The move was part of a major operation that has seen more than $26 billion worth of cash, properties, yachts, helicopters and other assets belonging to sanctioned Russians confiscated or frozen in recent weeks, according to France’s Economy and Finance Ministry.

Abramovich, who is believe to be a confidant of Russian President Vladimir Putin, has been a major target of Western sanctions. So far, he has been forced to sell his London soccer team Chelsea and has sent his two prized superyachts to the Mediterranean to avoid seizure. Not to mention, the island nation of Jersey, part of the Channel Islands, froze $7 billion worth of his assets this week.