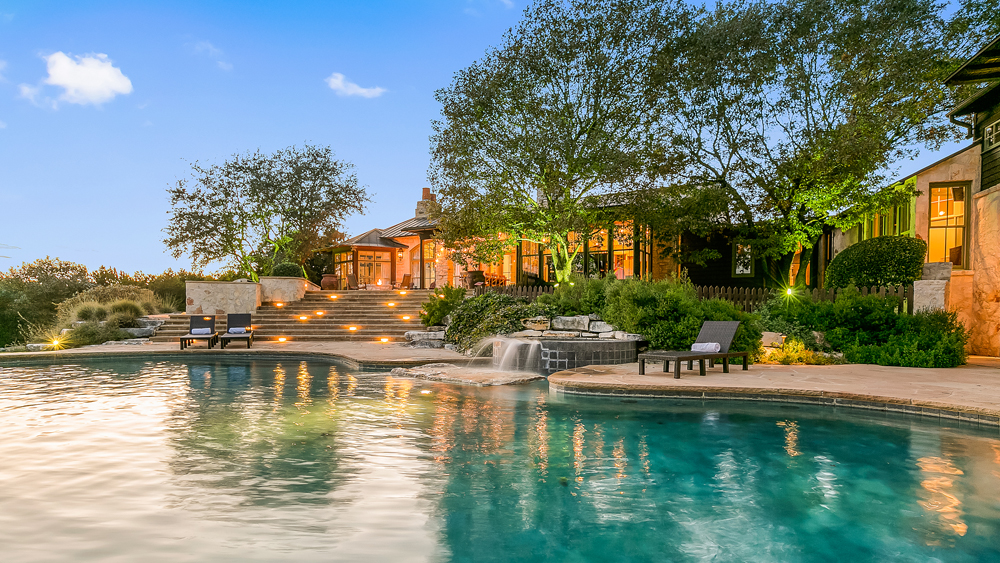 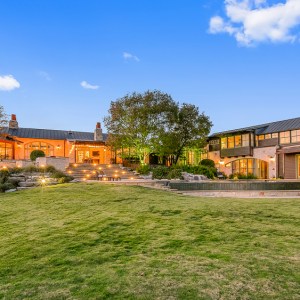 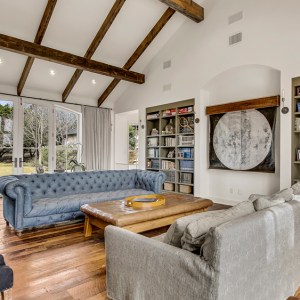 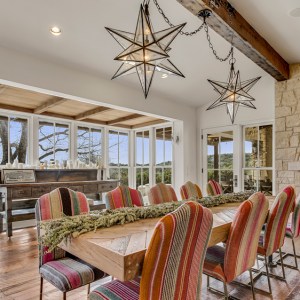 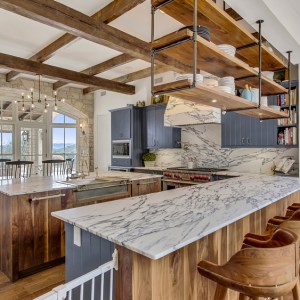 Tennis ace Andy Roddick (who formerly ranked as the No. 1 professional tennis player in the world) and his actress/model wife Brooklyn Decker have just listed their sprawling five-bedroom, seven-bath mansion in Austin, Tex., for $5.95 million.

While this newly renovated, rustic-style property seemingly checks all the right boxes with its oversized pool, four-car garage, and climate-controlled wine room, one thing might come as a surprise: There’s no tennis court.

“Both of their last properties had space for a court, but they told me it was the last thing they wanted. Andy always wanted to separate work from home,” says listing agent Jonathan Creath of Kuper Sotheby’s International Realty. But as the house sits on a huge 15-acre lot in Austin’s coveted Angelwylde neighborhood 11 miles from downtown, there’s no shortage of space for a new owner to build one. “Alternatively, the Austin Tennis Academy is just 10 minutes away,” adds Creath.

After purchasing the home in 2013, Roddick and Decker dived into a major renovation of the 7,673-square-foot retreat. They opened up and completely remodeled the kitchen, transformed the original master suite into a guest wing, and added on a four-bedroom family retreat.

To heighten the home’s farmhouse vibe, the couple laid down reclaimed, rough-cut pine wood floors throughout and incorporated Chicago Stock Exchange beams. In the kitchen, they added blue-painted wood cabinetry along with white marble countertops, a six-burner Wolf range, a metal sink, and a wood-burning fireplace.

Certainly one of the standout features of the property is the family hideaway. The new addition features a master suite complete with an antique copper soaking tub plus three additional ensuite bedrooms, a game room, and a family den.

As you might expect from Ms. Decker—who recently launched a wardrobe organizational app called Finery—the closets in the home are spacious and plentiful. The master suite alone has three. Outdoor entertaining spaces are equally expansive. There’s an open-air kitchen for alfresco dining, a covered patio, an infinity-edge pool and hot tub, a fireplace, and a fire pit.

Though the couple is selling the property after five years of ownership, they’re not moving far. They’ve already purchased a slightly smaller city home in Austin.