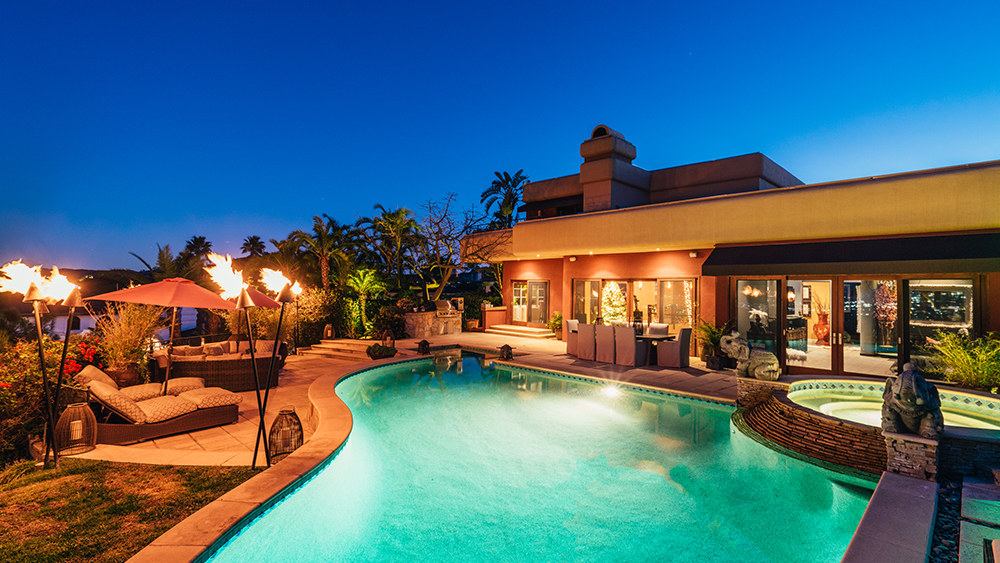 Photo: Courtesy of The Agency

Mötley Crüe drummer Tommy Lee is again looking to snare a buyer for his exotic Calabasas, Calif. mansion. First listed in 2016 for $6 million, the bad-boy rocker is now trying to drum-up some interest with a price-slash to $4.65 million.

And when you need a break from laying down those Grammy-winning tracks, cool off with a dip in the home’s piano-shaped pool. Or heat things up in the bubbling hot tub.

It was something of a strange location choice for the wild man of rock. The home itself sits on a quiet cul-de-sac in the gated, family-friendly Calabasas suburb of Vista Point. The 2,000-square-foot recording studio.  Photo: Courtesy of The Agency

While the decor here may seem eclectic, it pales compared to Lee’s previous Malibu pad he shared with Pamela Anderson and which was featured in a 2000 episode of MTV Cribs. That home included a room lined in yellow fur, a shark tank in the kitchen, a screening room in purple velvet and a basement disco called Club Mayhem.

Built in 1987, the 10,000-square-foot Calabasas home comes with six bedrooms and eight bathrooms, along with those rockstar must-haves; a movie screening room complete with popcorn stand, a pub-like bar, wine-tasting room and piano room. The living room.  Photo: Courtesy of The Agency

On the main level, wrapped around that central atrium, are spacious living areas, a formal black-ceilinged dining room, and what looks like the original kitchen with its plain, wood-fronted cabinetry and beige-and-brown marble countertops.

On this level there’s also an office—gotta dig those trippy walls and ceiling—with sliding glass doors leading out on to arguably one of the home’s best features, it’s huge elevated patio. The piano room.  Photo: Courtesy of The Agency

There’s no shortage of chilling and sunning spaces here, and at night the tiki-torch-lit deck provides gorgeous views of rolling hills.

While the latest $4.599 million asking price may still seem a little on the steep side, considering the likely amount of redecorating/renovating needed, it’s the home’s location that will likely provide the draw. The pool deck.  Photo: Courtesy of The Agency

In recent years, Calabasas and nearby Hidden Hills have become true celebrity bolt-holes. Pretty much the entire Kardashian clan lives within jogging distance, while A-list neighbors include the likes of Will Smith, Drake, Katie Holmes, LeAnn Rimes and Richie Sambora.

The task of finding a buyer for Lee’s rockstar hang-out is with listing agents Emil Hartoonian and Nicholas Siegfried of The Agency. Also see the listing at TopTenRealEstateDeals.com. The screening room.  Photo: Courtesy of The Agency The pub.  Photo: Courtesy of The Agency The wine tasting room.  Photo: Courtesy of The Agency The formal dining room.  Photo: Courtesy of The Agency The front entrance.  Photo: Courtesy of The Agency 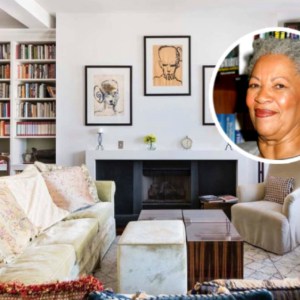 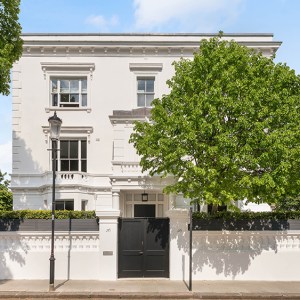 Home of the Week: Inside the $17 Million London Mansion That Tom Ford Turned Into a Den of Style 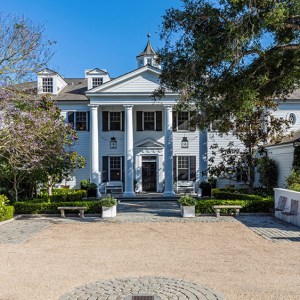 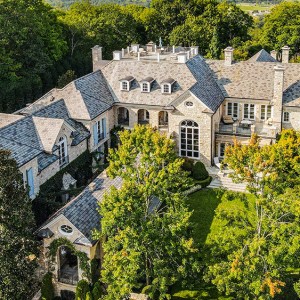 Bobbi Brown Is Launching a Makeup Line of Her Own