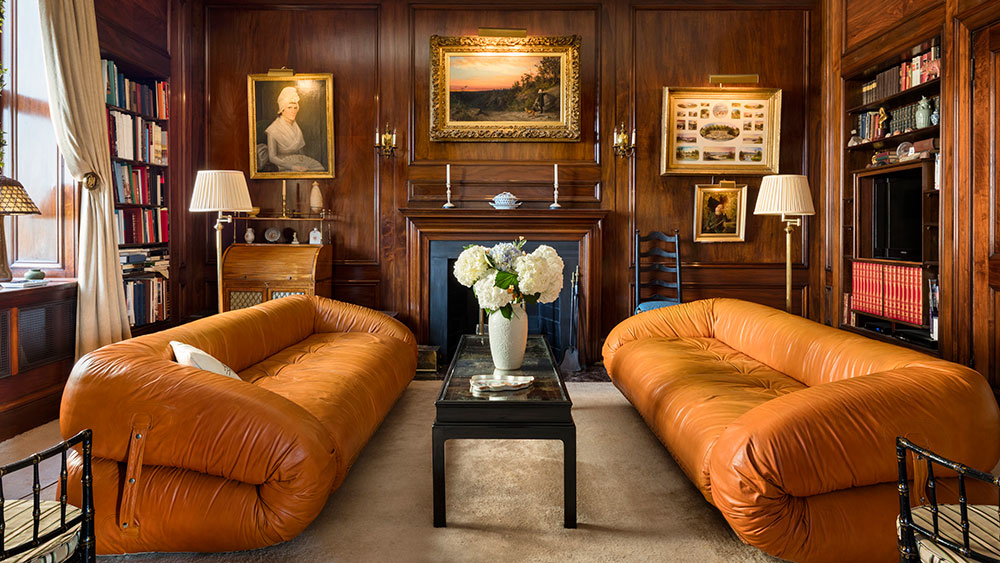 You would expect nothing less than 24-carat luxury in a sprawling 5,470-square-foot “jewel” of an apartment on New York’s tony Fifth Avenue, once owned by jeweler to the stars, Harry Winston.

Louise C. Beit, listing broker with Sotheby’s International Realty, tells Robb Report that Winston purchased the apartment in 1950 and spent a year renovating it before moving in the following year.

Then in 1976, two years before his death, Winston sold the home to prominent New York art collector, and current owner, Judith Hernstadt.

“It is truly a unique property, being one of the largest on Fifth Avenue and situated in one of the best-of-the-best locations. With only 12 apartments in the building, naturally it’s rare that one ever becomes available,” she explains.

Winston bought the apartment at the height of his illustrious career as the undisputed “King of Diamonds.” A year earlier, in 1949, he had acquired the most famous diamond of all, the 45.5-carat Hope Diamond. The heart-shaped blue stone, originally mined in India, dates back to the mid-1600s.

In 1958, Winston donated the gem to the Smithsonian Institution in Washington, DC for permanent display. Infamously, he posted it to the museum via registered US Mail, in a box wrapped in brown paper.

While the building’s co-op board tends to shun high-profile celebs—Barbra Streisand’s application to buy an apartment was one of the rejects—927 Fifth has been home to the likes of Mary Tyler Moore and former CNN anchor Paula Zahn.

An equally high-profile wannabe resident infamously shunned by the board was none other than Pale Male, and his partner Lola. Back in 1993, this pair of red-tailed hawks had the audacity to build their love nest on a 12-floor window ledge. When the board evicted the pair by jettisoning their nest, bird lovers the world over protested.

“One of the home’s true highlights is its 64-foot-long gallery, which is perfect for displaying artwork. That, and the grand corner living room, overlooking Fifth Avenue, that measures 33 feet by 18. It’s here where Ms. Hernstadt displays one of her prized pieces, the table George Washington used for playing cards,” she explains.

A private elevator opens into the apartment’s grand foyer. Steps away is that vast living room, adjoining formal dining room and wood-paneled library, each with its own wood-burning fireplace. Doors off the long gallery open to a large master suite, five additional bedrooms and staff quarters.

The living room, like much of the apartment, has giant windows that overlook Central Park.   Photo: Courtesy of Scott Frances for Sotheby’s International Realty

And throughout the apartment are fine architectural details, like herringbone hardwood flooring, original plaster moldings and sash windows.

“This apartment almost defines the expression “Location, location, location” adds Beit. “With Madison Avenue, Park Avenue, and of course the flagship Harry Winston store, being close by, there’s access to some of the best shopping and restaurants New York has to offer.”