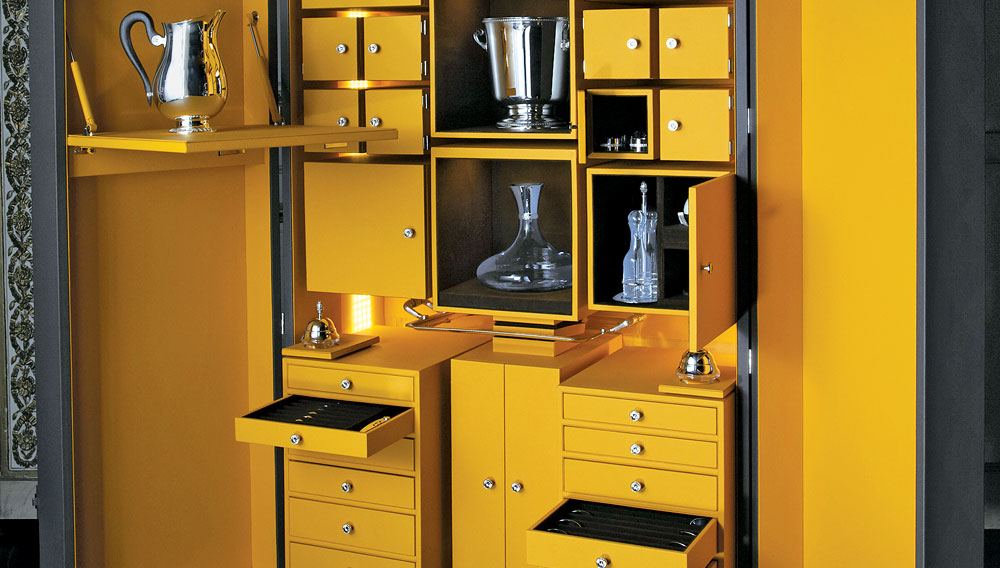 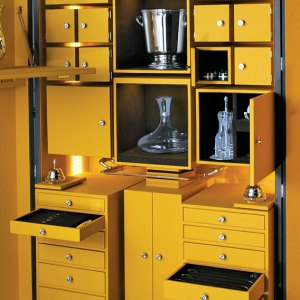 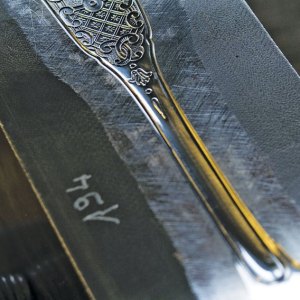 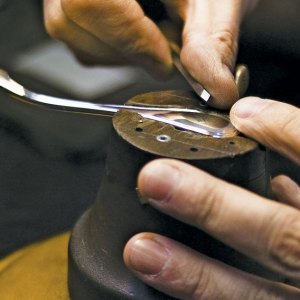 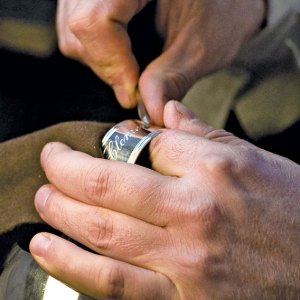 A 60-piece set of Christofle Malmaison sterling-silver flatware embellished with diamonds and engraved with the recipient’s coat of arms.

First-class travel for two from New York to Paris to tour the Christofle Haute Orfèvrerie and Pinel & Pinel workshops.

Accommodations at the Shangri-La Hotel Paris for three nights.

Christofle’s first major order for silverware—commissioned by King Louis-Philippe of France in 1846—was the beginning of a long and fruitful relationship between the royal family and the French silversmith and tableware company. “We continued to receive important commissions from French royalty,” says Christofle CEO Thierry Oriez, “including about 4,000 pieces for Napoleon III.” It was Napoleon III’s uncle Napoleon I who inspired Christofle’s most revered collection, Malmaison—a 19th-century Empire-style set named after the general’s beloved country house.

For this Ultimate Gift, Christofle will revive the regal tradition of personalized Malmaison utensils with a 60-piece set designed specifically for one Robb Report reader. The sterling-silver flatware collection (12 five-piece settings) will be engraved with the recipient’s coat of arms—a standard aristocratic practice in the 19th century—and embellished with diamonds and other precious gemstones, such as pink and blue sapphires. Though Christofle regularly offers customization services, the company has made only three Malmaison sets with diamonds, and this example will be the first with additional gems. “In terms of customization, the possibilities are considerable,” Oriez says. “If you wish, we can also add Chinese lacquer.”

As part of the gift, the recipient and a guest will travel to Paris, where they will have dinner with Oriez prior to joining him for an exclusive visit to Christofle’s Normandy workshop, which is traditionally closed to the public. There, they will meet with master silversmith Jean-Claude Bourbon, a 32-year veteran of Christofle, who will oversee the design and the creation of the flatware set. Bourbon will discuss possible coat-of-arms and gemstone designs, as well as other customization options, and will introduce the recipient to some of the approximately 50 skilled workers who will cast, spin, and stamp the utensils. (The entire process will require as many as two years to complete.)

After exploring the inner workings of the Normandy workshop, the recipient and guest will return to Paris to visit the Pinel & Pinel factory, where they will commission a carrying chest from the 14-year-old trunk manufacturer. Prior to the 16th century, European aristocrats arrived at dinner parties carrying their own utensils in fashionable cutlery travel kits. This bespoke modern-day equivalent will feature Pinel & Pinel’s popular 1930s-style steamer-trunk design with customizable interior and exterior materials, including sterling-silver handles that can be adorned with diamonds. Pinel & Pinel is known for bright colors, and Christofle’s Oriez suggests bold choices to complement the Malmaison set—and the destinations it might visit. “Remember these trunks are made to travel,” Oriez says. “The modern recipient may want the case to match his yacht or vacation home.”

While in France, the recipient and guest will travel through Paris and Normandy via chauffeured car. They will stay in an Eiffel Tower–view suite at the Shangri-La Hotel Paris, where, among other activities, they will enjoy a caviar tasting. Traveling utensils not required.

Diamonds and other gemstones are not included in the price of the gift.