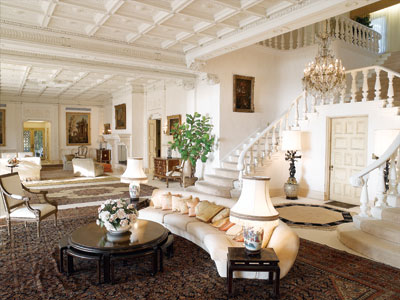 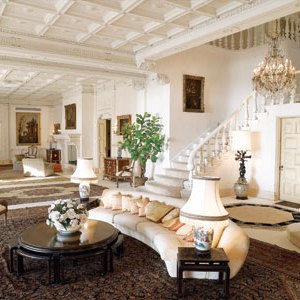 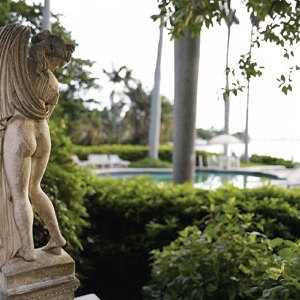 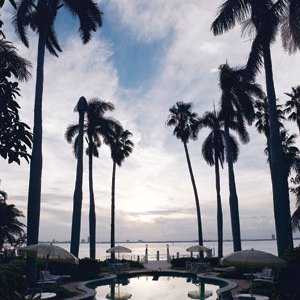 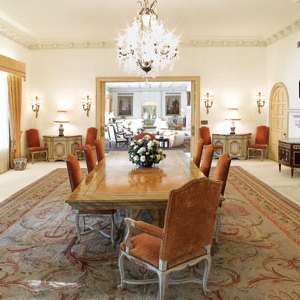 Although the value of South Florida property has been soaring for the last decade or more, when developer Carl Fisher was building up Miami Beach in the 1910s, he had a difficult time convincing wealthy people from the Northeast and the Midwest to construct winter homes there. Fisher, who already had made a fortune manufacturing compressed gas headlights for cars and had built a racetrack in his hometown of Indianapolis—the Indianapolis Motor Speedway—therefore would invite prospective clients to his own estate on North Bay Road. There, from his 85-foot-high observation tower, he would show them views of the entire city, allowing them to select their plots of land. (Fisher even included a bathroom on the roof of the tower, so that buyers would not have an excuse to leave before agreeing to purchase property.) Today, Fisher’s former estate, situated on a 68,642-square-foot lot, is for sale for $40 million, the highest price ever requested for a Miami residence.

Investor Todd Michael Glaser, architect Chad Oppenheim (305.576.8404, www.oppenheimarchitecture.com)—Who is best known for his monumental Miami high-rises Ten Museum Park and Element—and Oppenheim’s father-in-law, Armin Mattli—owner and president of cosmetics company Clinique La Prairie—are the property’s current owners, having acquired it in late 2005. The home has changed hands only a few times since it was built in 1927 by architect August Geiger, who, along with Addison Mizner, was responsible for many of the region’s early stately homes. Through the years, the estate has weathered the city’s hurricanes and economic shifts, and remains largely intact and in remarkable condition. The highlight of the property is Fisher’s observation tower. “You couldn’t re-create this today for any amount of money,” explains Oppenheim. “You can’t build a private tower beyond 33 feet high, and this one is 85 feet high, with its own elevator. Miami building codes have gotten a lot stricter since Fisher built this house, so you could never build anything like it today.” The house, which includes a study, terrace, and the tower, affords views of the city’s historic Art Deco hotels and also of downtown and the ocean.

Oppenheim plans to enhance the property by adding a pair of two-story bedroom guest villas, each with one bedroom plus living quarters; a carriage house; a 1,400-square-foot loggia with a fireplace; and a poolside cabana. Although his structures usually appear sleek and modern, Oppenheim will preserve the home’s original Neo-Classical design, which was modeled after the Italian villas of the Renaissance. He will install new heating, air-conditioning, and electrical systems, add top-of-the-line appliances, and replace all of the windows with hurricane-proof mahogany frames.

The home is one of the few historic private estates left in South Florida, and its 270 feet of continuous waterfront is considered the longest among all residences in the city.  “It’s a lot like Mar-a-Lago, but in Miami Beach,” says Oppenheim. “It’s for someone who wants a grand estate with historical significance, but also wants to be able to turn the corner and have the excitement and culture of Miami at their fingertips.”

In addition to its extensive water frontage, the property has a dock that can accommodate nearly any size yacht.

The property straddles North Bay Road and Biscayne Bay and offers direct access to the ocean; a tall wall completely conceals the home from view from its street side.

The property’s four structures contain a total of 12 bedrooms and 19 bathrooms, but the remodeling efforts might enlarge the master suite and also may reduce the number of bedrooms to nine.

Details such as coffered ceilings, carved stone mantelpieces, and wood floors remain from the original construction. Because the previous owner had covered most of the surfaces with carpet or rugs, the floors are in excellent condition.

Renovations will require six to eight months and are expected to be completed by early summer 2006.

The landscaping, as conceived by Oppenheim, will include numerous fountains and pathways.