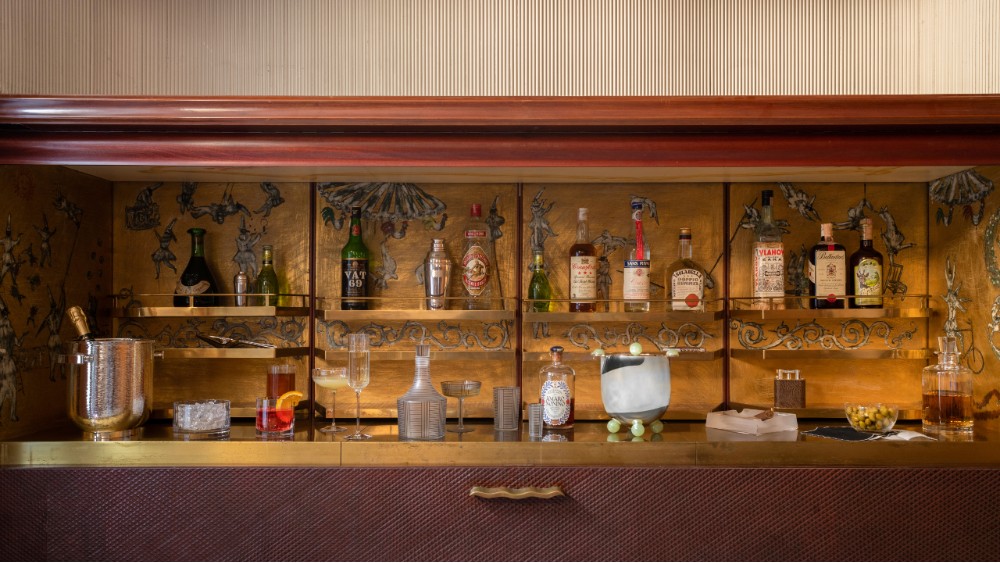 In a world of constant trend-following, Abask seeks to simplify the search for collectible, meaningful items. The new site was founded by two individuals who have years of experience working with major high-end brands on an international scale: Tom Chapman, founder of MatchesFashion, and Nicolas Pickaerts, former MatchesFashion e-commerce director.

The e-commerce platform is a new destination for design aficionados seeking curated, collectible and unique design objects with a special focus on craftsmanship and rarity. They hope each piece will eventually become a future heirloom.

“We decided to create Abask to simplify the search for exquisite items to collect or purchase as a gift, and to inspire our customers to cherish the preservation of traditional artisanship and to delight in the beauty and function of future heirlooms,” Chapman tells Robb Report. “Through various personal experiences, we found it difficult to gather carefully curated and meaningful objects or collections, whether it was for furnishing a home or gifting loved ones.”

Abask ships to 165 countries and has more than 2,000 objects from 120 worldwide brands. Pickaerts says that they came into contact with many workshops, studios and craftsmen whose techniques were dying out. The brands come from around the world and include a mix of both established designers, local makers and vintage dealers. Each product is articulated around the concept of rooms and four key style pillars, including Modernist, Classic, Minimalist and Bohemian.

“For our initial launch, we spent nine months traveling the world and working closely with a panel of vintage dealers and experts to curate and source locally from Europe, South America, Western Africa, Asia and beyond,” Pickaerts says. “We are not trying to represent every brand in a given category or include everything within a brand’s offering but rather, we aim to work with makers that really own a specific category with a specific angle so that it is cohesive for our customers.”

The initial launch highlights The Dining Room, The Study, The Games Room, and The Bar and other rooms, including The Kitchen, The Bedroom, The Flower Room and The Artist Studio, will be added every eight weeks, eventually expanding to cover every room within the home. What’s more, each product is delivered in beautiful recycled boxes designed by Parisian artist Sarah Martinon.

“We also have been working closely with various studios to revive a series of archive re-editions,” Chapman says. “These include Venini, one of the most prestigious glass houses in Murano where the original, transparent Fazzoletto vase—created to capture the fluttering and folds of a handkerchief—has been reimagined in a bespoke palette that includes the signature Canne design.”

There will also be exclusive collections from Zoë de Givenchy designed for Abask, London-based stationers Choosing Keeping, exclusive backgammon sets from Alexandra Llewellyn and many more.