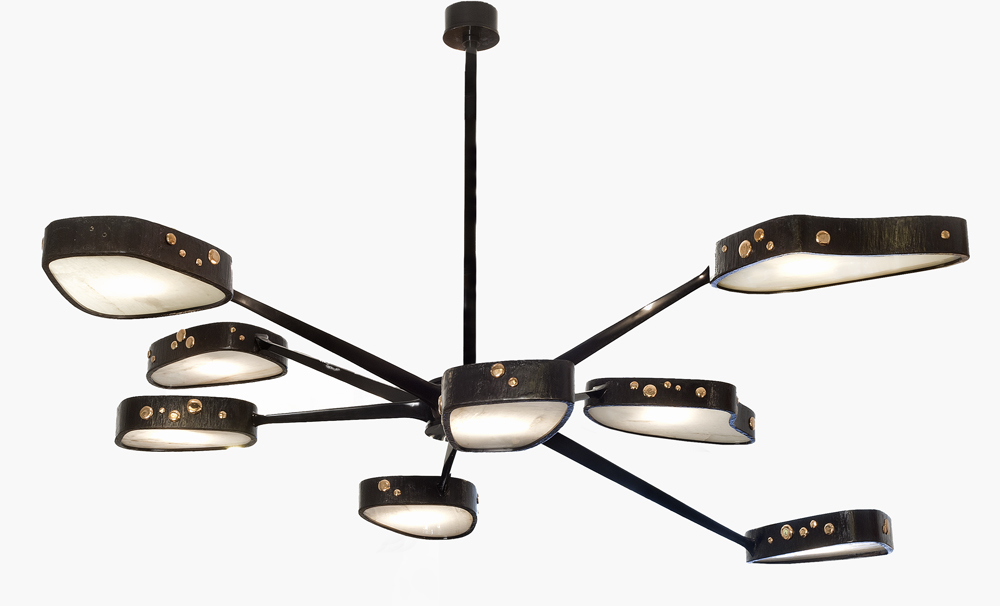 Five years is a significant milestone. In love, it often requires certain material assurances. In business, it marks a major achievement, often celebrated with an event. Next week, acclaimed New York gallery Maison Gerard will launch Achille Salvagni: Five Years of Creation, a hip update on the typical artist retrospective featuring nearly 30 pieces of signature furniture, lighting, and decor from the Rome-based architect and designer.

The exhibition was curated by Maison Gerard owner Benoist F. Drut, who was the first to present Salvagni’s designs in the U.S. The gallerist’s own passion for blending high-quality, collectible works and special contemporary pieces has made Maison Gerard a requisite stop for designers and collectors, especially those with an eclectic lean. Specializing in French Art Deco, 20th-century, and contemporary design, the gallery is perhaps best known for its gusty and exhilarating premise that “no one today lives in a period-only room.”

Working for a discerning set of clients, Salvagni is known for his high-end interiors, including yachts and hospitality design, which fuse special materials—bronze, 24-karat gold, rosewood, royal oak, rare marble, and onyx—and artisanship. As an extension of the one-of-kind pieces he was creating for private clients, he began producing limited editions in Italy more than 5 years ago. Around that time, Drut met Salvagni and was struck by his designs—fluid, fanciful, grand gestures in material and concept—as well as their meticulous nature. The craftspeople Salvagni has enlisted for his collection include bronze workers who have produced staggering carvings for the Vatican City and cabinetmakers whose commissions live in the Quirinal Palace.

Drut proposed an exclusive partnership with the gallery with brilliant results, and each year, Salvagni has created between seven and 15 original works, all signed with his “AS” emblem. “It seemed very fitting to host an exhibition showcasing the works of Achille Salvagni in New York at the holidays,” says Drut. “He is known for his use of noble materials often used in very unexpected ways, and his works are rich in craftsmanship. And while they are attention-grabbers, they are also quite grounded and have a timeless elegance. There is no other designer that can strike this balance the way Salvagni does.”

While the exhibition is the first comprehensive presentation of Salvagni’s work in the States, it also previews Lutèce, his capsule tabletop collection with French Limoges company J.L. Coquet. While Salvagni’s classic, elegant moves—like the sweeping, in-flight bronze arms of the Spider chandelier—are familiar to collectors, there are other exhibition highlights to be had. The 24-karat-gold Palatino cabinet made of wood, cast bronze, and parchment has a fairly juicy story to tell, along with the Gae armchair, an upholstered piece referencing artist Isamu Noguchi and Isamu Kenmochi’s bamboo basket chair, now updated with chunky golden legs. The exhibition runs from November 29 through January 16, 2018.