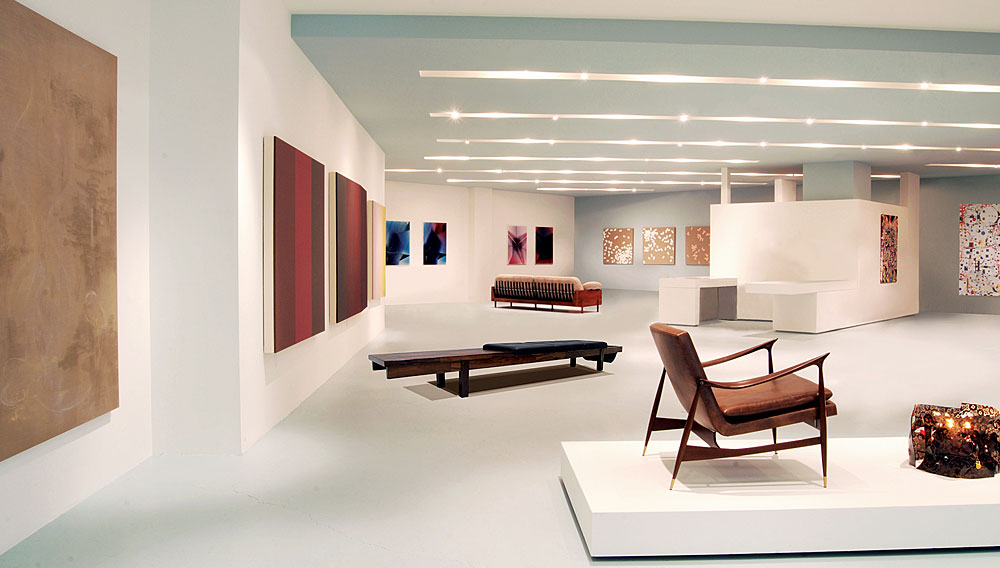 Of the pioneers of midcentury modern—the design movement that spanned roughly 1945 to 1970—Oscar Niemeyer is probably the best known to have come out of Brazil. Yet the 101-year-old Niemeyer (he will turn 102 in December) is but one of many Brazilian modernists who created furniture mainly out of deep red-and-black jacaranda and other dramatic hardwoods. Some of these designers were European émigrés disillusioned by World War II; some were Communists like Niemeyer, who, because of his party affiliation, was twice denied a visa for U.S. entry despite having been invited to teach at Yale and Harvard. Today the designs of these lesser-known but accomplished artists are getting the attention of collectors who may have once thought that midcentury modern furniture was tapped out.

“Brazil is becoming a very big thing right now,” says Carlos Junqueira, owner of Espasso, which offers midcentury modern and contemporary Brazilian furniture in spacious, clean-lined showrooms in New York and Los Angeles. “When we opened Espasso in 2002, no one had a clue about modern Brazilian design,” he says. “Now that people are discovering it, it is becoming more collectible—especially the jacaranda, because one cannot make furniture out of it anymore. That’s over, since it has been banned for export.”

Espasso’s carefully selected offerings are originals or limited reissues approved by the artists or their families. Highlights include works by the Polish-born Jorge Zalszupin, who designed the Dinamarquesa chair (shown, on platform) in 1959. Also represented at Espasso is artist José Zanine Caldas, who began carving furniture from locally sourced pequi, acajou, and vinhático after losing his teaching position at the University of Brasília during the Brazilian military coup of 1964. The Italian-born artist Lina Bo Bardi began her career in architect Gio Ponti’s Milan office, but in 1948, several years after an aerial bombing destroyed her place of work, she went to Brazil, where she designed the Tripé armchair (also in ’48); Espasso has a pair priced at just over $25,000.

Not far from Espasso’s Los Angeles showroom is NOHO Modern, which recently opened a second, 6,000-square-foot gallery in the city. Here, Brazilian pieces by the Portuguese-born Joaquim Tenreiro, the Romanian-born Jean Gillon, and others are on display. “Brazilian design is nowhere near exhausted from a collector’s standpoint,” says Jeremy Petty, who cofounded NOHO Modern with Thomas Hayes. “Major works by major designers still have great value with a long-term upside, and the beauty of the designs speaks for itself.”

Petty and Hayes give their new by-appointment-only gallery a distinctly Brazilian feel, playing samba music and serving caipirinhas. The songs and cocktails set the mood for guests, who may well find the works of Sergio Rodrigues particularly enchanting. NOHO Modern possesses the only surviving Quotation Marks lounge chair, which Rodrigues (who is still designing at 82) made in 1962 from jacaranda and olive-green leather. The chair, priced at $125,000, is in excellent condition and features an exaggerated, crescent-shaped headrest and a strong frame that reveals the wood’s natural lines.

“The integral part of Brazilian design is the interpretation of the wood grain,” notes Hayes. “Whereas European designers might hide the grain, the Brazilians celebrate it.”