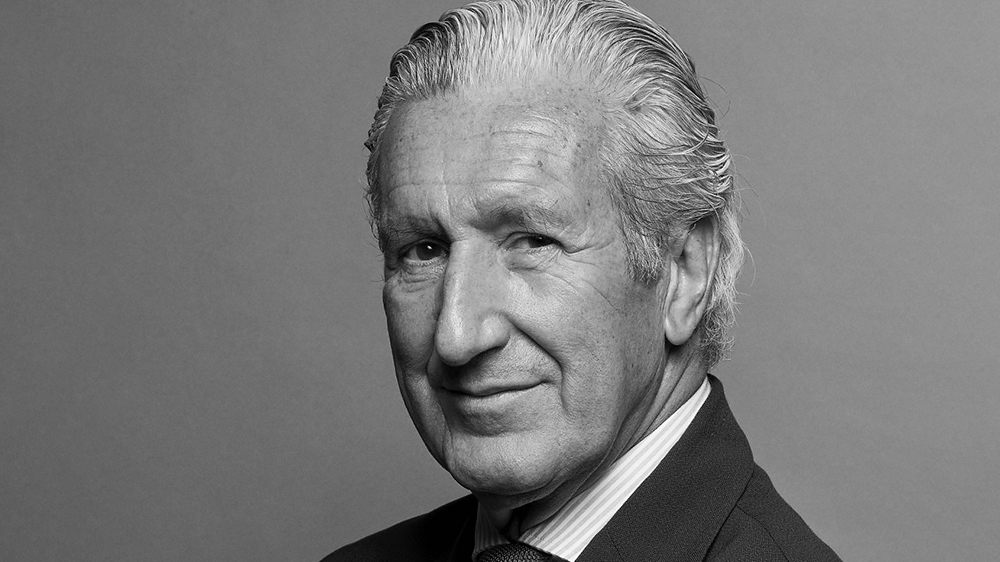 French-born architect and interior designer Thierry Despont founded his New York practice, the aptly named Office of Thierry Despont, in 1980. His business has reached new heights since: In 1986, he completed the restoration of the Statue of Liberty; more recently, in 2016, he finished work on a $450 million, four-year makeover of the historic Ritz Paris. In the years between, Despont’s built over-the-top homes for clients such as Bill Gates and Calvin Klein.

His recent creative partner is a bit different: Fasano, a Brazilian hospitality brand with luxe hotels in Rio de Janeiro and Saõ Paulo. Despont was tasked with designing its first location in North America, Fasano Fifth Avenue, on Manhattan’s Upper East Side. Unlike the company’s previous ventures, the Fifth Avenue iteration is a hotel and private club where members can stay exclusively for long-haul trips. Offerings include four 3,600-square-foot duplex homes and seven smaller clubhouse suites; guests can book both for 30 days or more. Despont’s influence here is evident: Loro Piana cashmere lines the walls, plus a mix of antiques and custom furniture fills the individual rooms. He speaks to Robb Report about this design and others.

Because you worked with a brand, rather than one client, was this project different from your private residential work?

I love to do a house because you have one or two people across the table. And the better the client, the better I get—it’s like having a good tennis partner. You play tennis with someone who doesn’t know how to play it, pretty soon it’s boring. But if you play with someone that really knows how to challenge you and pushes you, then you get better. Your games get better. Here, I worked with José Auriemo. It was like having a private owner, really. That was the beauty. It was not a committee meeting; it was not like one of those big, corporate brand projects. It was a very unique project.

Inside a Fasano Fifth Avenue apartment designed by Despont.  Courtesy of Thierry Despont

Who was the resident you had in mind for Fasano Fifth Avenue?

Me! I thought I would like very much to have one of those duplex apartments.

How did you get started in architecture?

I’m a really lucky man because my father was an architect. I always thought, watching my father, that it was the greatest profession in the world. I went to the Beaux-Arts school in Paris and then I realized that indeed this was what I was meant to be. I love to paint. I love to sculpt.

After a while I came to New York. I was asked to do one house, and then another. And suddenly I realized that really was what I love most.

We truly are an architectural and design firm with a specialty, which is private homes— and five-star hotels and luxury condominiums and a few museums here and there. And the restoration of the Statue of Liberty. But having restored the Statue of Liberty, there were very few other big statues to be restored in the world. People thought, “Well, if he’s done the Statue, he can do my kitchen.”

The living room inside the New York penthouse.  Courtesy of Thierry Despont

What do you recall about the Statue of Liberty project?

It’s one of the best memories I have of my entire practice. For four years we went, traveling to Paris, because we had a team of French consultants there. We had a boat at our disposal, so we could go to the Statue a bit early in the morning, in the fog, in the summer afternoon or at sunset. It was a marvelous project, and the enthusiasm in the country was spectacular. I think I got away with a speeding ticket by telling the arresting officer that I was late for a meeting on the Statue of Liberty.

There are a lot of architectural trends that go in and out of style. Is your work ever dictated by that?

No. I like to stay away from the trend of the year—that’s definitely not what I like to do. And, you know, I see the elegance of some of those minimalist projects, but I don’t think they’re very comfortable, so I don’t want to do that.

Do you have a favorite project or projects that you’ve worked on?

My favorite project is always the next one.