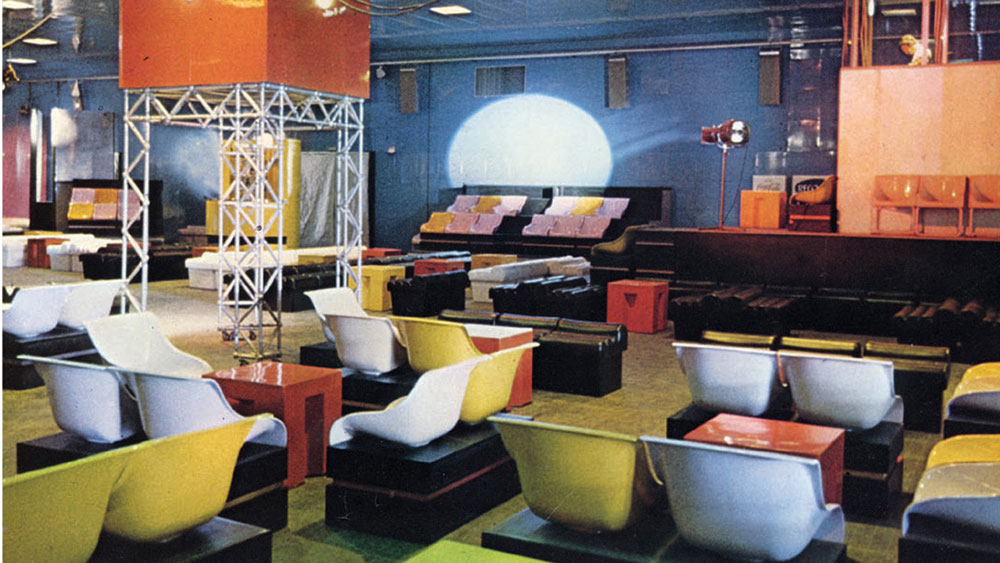 When coffee-table books and blogs cease to captivate, we turn to film for our ardent design addiction. New Yorkers, who get the benefit of seeing the best constantly, get one more home-court advantage this month: the Architecture & Design Film Festival (ADFF), running November 1 to 5. Kicking off at Cinépolis Chelsea, the festival returns for its ninth edition, bringing 5 days of screenings, lectures, and events to aesthetes in search of substance over Pinterest.

The lineup includes 34 feature-length and short films—including four world premieres and two New York premieres—that turn their gaze on architectural heavyweights Glenn Murcutt, Kevin Roche, and Rem Koolhaas. While there will always be the occasionally indulgent look at stunning interiors and gasp-worthy spaces (the film Columbus is a good example), the program doesn’t favor low-cal design over considered topics of conservation, restoration, civic engagement, development, and even virtual reality (VR). This Is What the Future Looked Like is a new 8-minute VR documentary created by filmmakers Sam Green and Gary Hustwit that reflects on the work of architect and futurist Buckminster Fuller.

Group of lighting designed by Superstudio in the 1960s, from the documentary Superdesign. Photo: Joe Kramm  Photo: Courtesy Joe Kramm

Of note is Made in Ilima, a film detailing the creation and construction of a primary school and community center in a remote region of the Congo by MASS Design, the 2017 Cooper Hewitt National Design Award winner. If that name is familiar, consider yourself an insider. The program is just as devoted to highlighting lesser-known designers and creatives. “For example, Kevin Roche: The Quiet Architect, debuting in the U.S. at the festival, is about the Pritzker Prize–winning, Irish-American architect who might be the most famous architect most people have never heard of, except for design professionals,” says festival founder and director Kyle Bergman. “His works include the Ford Foundation and many of the additions and renovations to the Metropolitan Museum of Art, which we might not know the historical and architectural background of, but most certainly have become part of our public consciousness. That’s what the Architecture & Design Film Festival is all about—both engaging our profession while at the same time opening the public’s eyes to how design directs everything.”

A still from Dries, a feature about fashion designer Dries Van Noten from filmmaker Reiner Holzemer.  Courtesy: The the Architecture & Design Film Festival

Can a film about a building be as cool as visiting it in person? And can we be ripped away from our own digital lives to really notice? “We interact with architecture and design on a daily basis whether or not we mean to, but it’s rare that most people stop and take the time to really digest everything the building has to offer,” says Bergman. “This can change when we see a film. Seeing a building captured cinematically might give us a new perspective.”

While he has the professional good fortune of seeing all 34 films, here is Bergman’s own ADFF cheat sheet, which includes three must-see features, spanning design time and space.

Superdesign
ADFF will host the world premiere of Superdesign, a documentary about the Italian radical design movement that emerged during the country’s tumultuous political period in the 1960s and 1970s. The film includes previously unseen archive footage and interviews with key members of the movement such as Gaetano Pesce, Ugo La Pietra, and Alessandro Mendini.

Columbus
Columbus is unique to ADFF as it is the first feature-length fiction film to be included in the festival. Created by debut director Kogonada, Columbus takes place in a small Midwestern city with more than 60 modernist gems serving as main characters amidst actors John Cho and Haley Lu Richardson. Kogonada will be present for a Q&A following the screening on Saturday, November 4, at 6:45 pm.

Dries
For the first time, the private fashion designer Dries Van Noten allowed a filmmaker to accompany him in his creative process and exuberant home life. The film offers insight into the life, mind, and creative heart of a master fashion designer who, for more than 25 years, has remained independent in a landscape of fashion consolidation and globalization. This film shows how architecture and design transcend boundaries and can emerge even in the context of fashion.