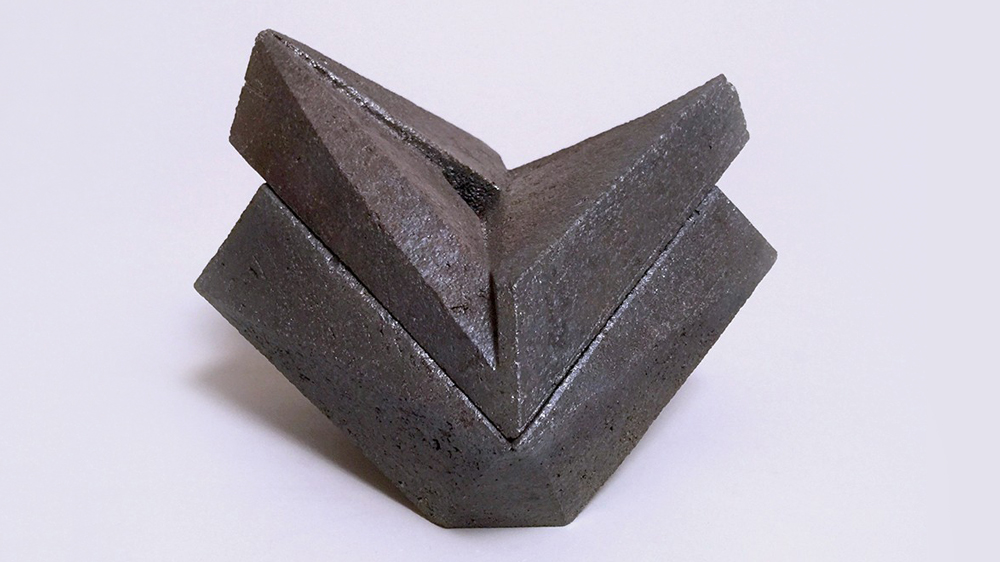 Drawing his inspiration from artists such as Richard Serra, American ceramicist Jonathan Cross is making his mark on the design scene with a suite of functional sculptures—planters, incense burners, and purely abstract forms—that are at once minimalist and rich in texture. “The wonderful thing about a wood-firing kiln is that it imparts objects with an age and patina evocative of deep-time geological formations,” says Cross, whose annual output consists of some 700 unique works, fired at his desert studio in Twentynine Palms, California.

Cross says his passion for ceramics was born out of a simple personal quest to find just the right vessels to contain a hostile garden of rare cacti and succulents. After a chance apprenticeship with noted ceramicist Don Reitz, he was inspired to transform his passion-driven pastime as a full-blown profession. He soon enrolled in an MFA program at Arizona State University, where he would learn the fundamentals of claycraft, as well as running a kiln and studio.

It didn’t take long for Cross’s talent to be recognized, catching the eye of San Francisco designer Charles de Lisle who then introduced him to David Alhadeff, founder of the edgy New York design gallery The Future Perfect, which recently opened an outpost in Los Angeles. Having a keen eye for emerging talent, Alhadeff has since snapped up quite a number of Cross’s works, which retail at the gallery for $750 to $4000. “Cross’s sculptural pieces are at once bold and primitive in their forms,” says Alhadeff, “combining a modern sensibility with a sense of textural materiality.”

About his choice of the wood-burning kiln, Cross says, he is attracted to element of chance that this method introduces into the artistic process. “If you wood-fire, you are by nature a pyromaniac. You are burning wood up to a temperature of 2300 degrees in the kiln. Sometimes those firings go on for seven days during which time a team of people is charged with putting large bundles of wood into a raging hot kiln, around the clock.”

Cross adds: “I take great joy in playing around with coals in the kiln and moving them on top of the work and knocking pieces over into coal beds. The surfaces created with wood-firing are next to impossible using other processes. In many ways, it’s an organized chaos in which you can only dictate some of the parameters—the temperature, the type of wood you are burning, and the placement of work within the kiln.” As a result, says Cross, pieces that went into the kiln as pristine, precise, and angular forms, look as though they have been eroded, tortured, and worn down with time.