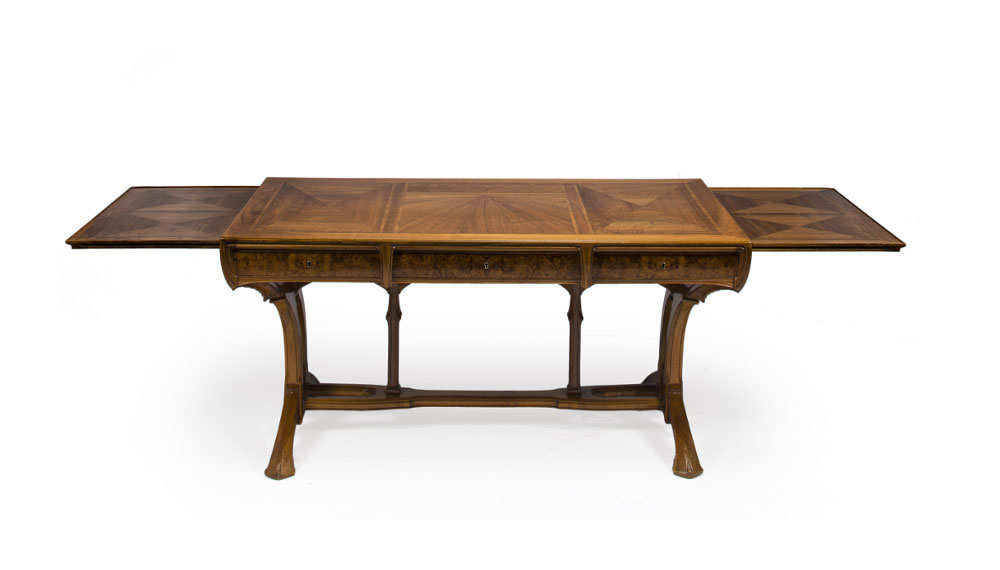 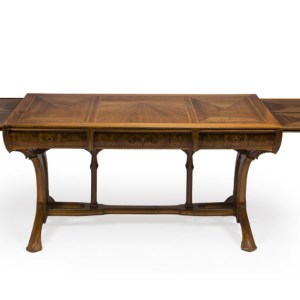 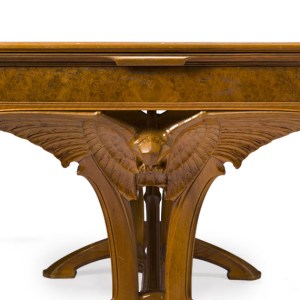 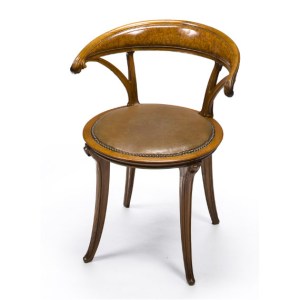 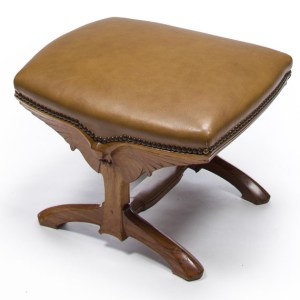 Bonhams 20th Century Decorative Arts auction on December 16 will feature a rare and historic suite of Art Nouveau furniture from the private library of French industrialist Auguste Rateau, whose legendary Paris residence was located at the base of the Eiffel Tower and filled will exceptional paintings and furnishings. The works on offer were designed circa 1910-1912 by Lucien Levy-Dhurmer, the Algiers-born artist widely regarded as one of the era’s leading symbolist painters and ceramicists.

Between 1910 and 1914, Levy-Dhurmer was charged with the design and installation of the room settings for Rateau’s fabled home. His vision to assign a different design scheme to each room resulted in an array of sumptuous unique environments throughout the house, with the most recognizable chamber being the Wisteria Dining Room, which was acquired in 1966 by the Metropolitan Museum of Art in New York. Bonhams will offer four superb works from the private library, each of which is embellished with eagles signifying wisdom and strength: a carved and burled walnut parquetry extension desk (est. $25,000-35,000); a carved walnut armchair ($10,000-15,000); a carved walnut ottoman (est. $8,000-12,000); and a carved walnut sideboard (est. $15,000-20,000).

“It is a rare opportunity see such a fine grouping of furniture from a single historically significant commission on the market at one time,” noted Frank Maraschiello, Bonhams Director of 20th Century Decorative Arts. “The suite has been in a New York private collection for many years, and it is exciting to offer works by the enigmatic artist, Lucien Levy-Dhurmer.”

On the heels of the record-breaking prices realized for Contemporary Studio Glass in Bonhams 20th Century Decorative Arts auction this past June, the Dec 16 auction will feature works by many of the field’s most notable artists, including pieces by Harvey Littleton and William Morris. Additional contemporary highlights include a quintessential Sam Maloof rocking chair (est. $30,000-50,000), and two monumental glazed earthenware heads from Japanese ceramicist Jun Kaneko (est. $30,000-50,000).