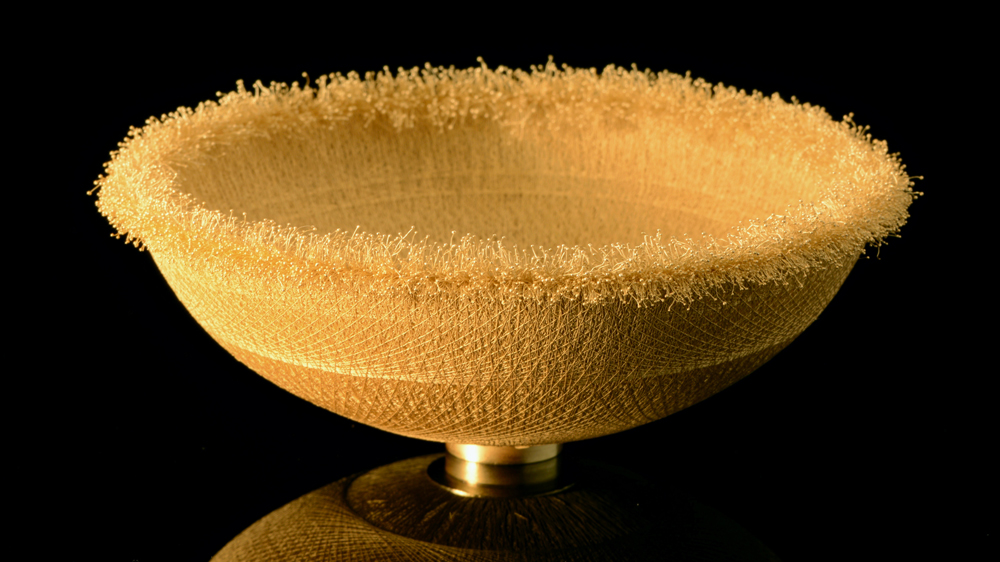 When the second edition of TEFAF New York Spring steps off on May 4, design will have a serious showing. The Stateside sibling to TEFAF Maastricht, a 30-year titan in the art and antiques world that takes place in the Netherlands, this fair leans heavily in favor of contemporary furnishings and objects that get the decorative heart thumping. With 90 dealers (24 of them new), the show makes the whole kid-in-a-candy-store analogy fitting for anyone with a design obsession.

One notable exhibitor is Adrian Sassoon of London, whose 70-plus strong roster of contemporary artists includes practitioners working in all manner of media—from ceramic, stone, and glass to metal, wood, and paper. Many of the artists, says Sassoon, are embracing new technologies as they ply the most ancient of crafts. “While our artists come from around the globe and work in different media, the one common theme that unites them is their respective technical brilliance in their field.”

Sassoon will be presenting two stunning works in gold—a material that’s caught our attention this year. The first, Hiroshi Suzuki’s sensuous Seni Vase (2016), is a piece born of a single sheet of hammered 18-carat gold. “With its chased and polished surface,” Sassoon observes, “the piece brings out a variety of golden hues.” The second is Giovanni Corvaja’s intricate Mandala Bowl (2017), which Sassoon describes “as light as a bubble” despite being woven from more than 13,000 feet of 18-carat gold wire. “Technically ingenious, Corvaja created the piece inside a vacuum chamber of his own design, making it possible to avoid the use of solder,” explains Sassoon, adding that, “the technique allowed that gold to simply adhere to itself.” The Seni Vase is available for around $200,000; the woven gold bowl, for $155,000.

Artistry in gold can also be subtle. Fremantle, Australia–based artist Pippin Drysdale and British potter Felicity Aylieff, both use the precious metal to accentuate their new creations, “making them more covetous than ever before,” says Sassoon. When it comes to Aylieff’s hand-painted, monumental vases, “the elegance of line,” he says, “is emphasized by her use of gold highlights, which create a bold, graphic pattern.” Drysdale has used intense lustered glazes for her Devil’s Marbles series—the added noble metal imparting her multi-piece porcelain installations with new depths of richness. White Feather Mine (2017), a set of eight sculptures from the series, is tagged at $76,000—an indicator that gold is never quite out of fashion.

The fair runs through May 8 at the Park Avenue Armory.