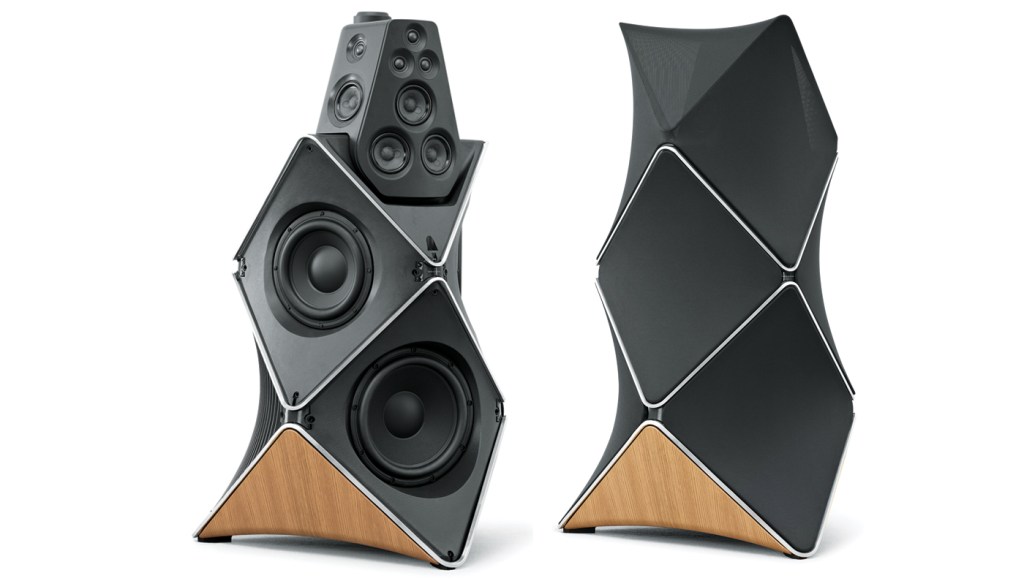 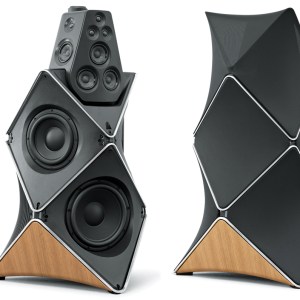 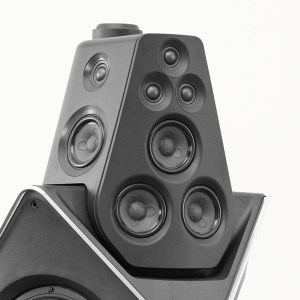 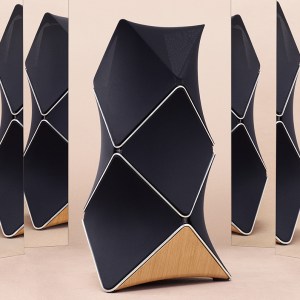 The BeoLab 90 features 18 drivers sourced from Denmark’s Scan-Speak. Each of those units has its own onboard amplifier, and together the amps deliver 8,200 watts per speaker. The speaker’s internal configuration places drivers at every side of the cubist-like cabinet, creating a room-filling omnidirectional soundstage. The BeoLab 90 reproduces stereo recordings with levels of clarity and presence on par with those of most audiophile-grade loudspeakers. The highs are lightning quick, the mids are crisp and resonant, and the bass response is virtually limitless.