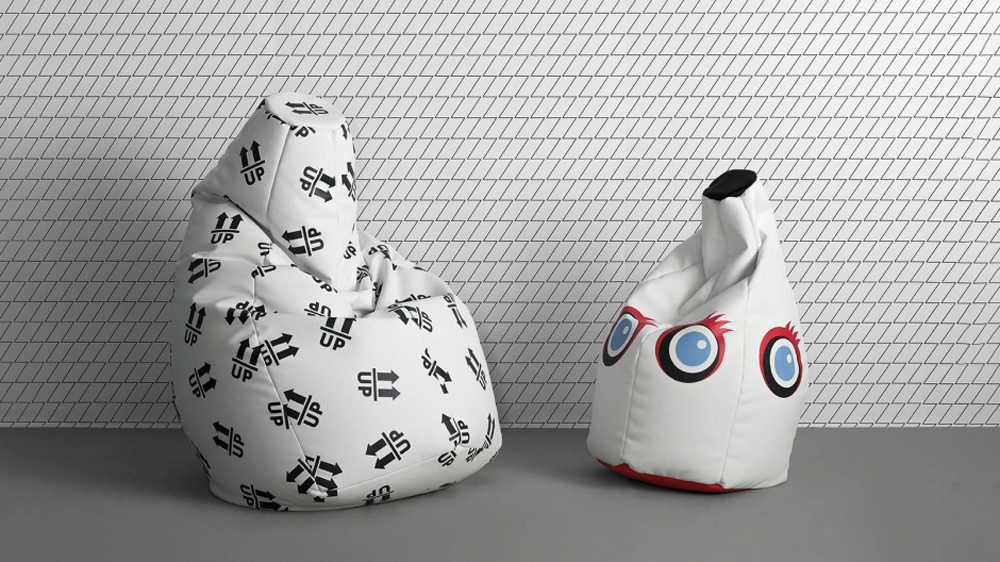 From the straight-backed wood chairs of colonial days to contemporary upholstered sofas, seating has evolved significantly throughout the past centuries. Once thought of as a merely practical, functional asset, chairs and couches are now designed to be aesthetically pleasing in their own right. Few furniture makers did more to bridge the gap between functionality and delight than Italian purveyor Aurelio Zanotta, who had the courage and vision to manufacture the bean bag chair in 1968. Considered revolutionary at the time because it did not have a defined structure, the Sacco bean bag chair remains a hot commodity 50 years later.

“At that time, Italy was experiencing a full social revolution,” says Marta Zanotta, the brand’s marketing and communication manager and niece of the founder. “As a result, people were desperate for something different, fresh air and lightness. The Sacco embodies the idea of living without constraints, in comfort. Aurelio Zanotta saw in the Sacco a breath of freedom in finishing.” He shied away from the furniture conventions of the day in favor of producing something entirely unexpected.

Designed by a trio of innovative young designers—Piero Gatti, Cesare Paolini, and Franco Teodoro—the original Sacco was made from 100 percent cotton and offered in a dozen different colors. The first prototype was a transparent envelope filled with small polystyrene balls. After being submitted for a technical review process, the bean bag chair’s handle was removed, and its transparent material was replaced with cotton fabric. “The initial public reaction was incredibly enthusiastic, so it soon became one of the biggest commercial and social successes ever recorded by a piece of furniture,” says Zanotta.

After debuting at the Paris Furniture Fair, the chair experienced an immediate boom in international sales. Macy’s department store in New York City was one of the first furniture sellers in America to get behind the new trend. “Sacco is one of those evergreen pieces of furniture that are timeless, and that express, through their lightness, an eternal respite from living at a hundred thousand volts in all directions,” says Zanotta. It’s no wonder that the bean bag chair remains incredibly popular half a century later.