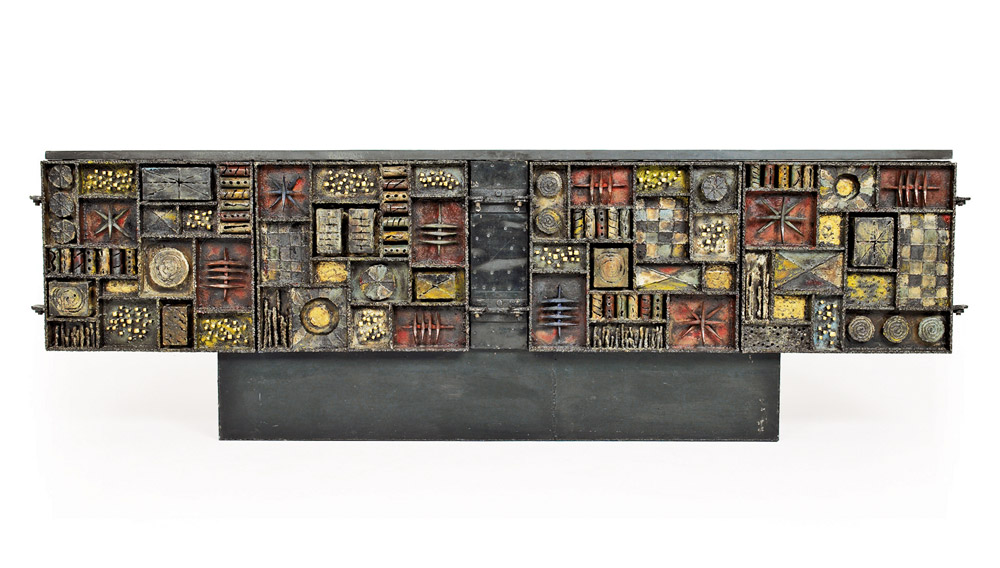 Todd Merrill grew up around antiques. His grandparents collected 18th- and 19th-century furniture and folk art, and his father runs an auction business in Vermont that specializes in furniture from those periods. When Merrill launched his own antiques business in 2000, in New York, he focused on a more recent era. “I saw the trend of brown furniture being on the wane,” he says, referring to heavy antique wares fashioned in Europe from mahogany and other hardwoods. “I was interested in what was going on in America in furniture design, especially after World War II.”

Initially, he hedged his bets by stocking some 19th-century and neoclassical items, but by 2002 he had eliminated that furniture from his inventory and was concentrating on American and European postwar masterpieces by furniture artists such as Paul Evans. Merrill’s intuition has proved correct: Steel-fronted Evans cabinets that sold for $5,000 to $8,000 in the years before he opened his gallery now command $150,000 to $300,000.

Merrill calls the years immediately before and after he opened his business “a weird in-between period.” “Sotheby’s and Christie’s would go into an apartment, take the brown furniture and the art out, and call a second-tier auction house for [the postwar] things.” He notes that it was not uncommon for the castoffs to linger in secondhand shops or, worse, be dumped in rubbish piles. Now, however, the furniture holds as much appeal as it did when it was commissioned in the 1960s and 1970s. “People were turning away from tradition on a certain level,” says Merrill. “There was a large group of people who didn’t want to look back at Europe and didn’t want to decorate their houses with Hepplewhite and Chippendale. They wanted something fresh, and that’s what [the American postwar furniture artists] provided. The really good stuff does transcend time.”  —s.g.s.