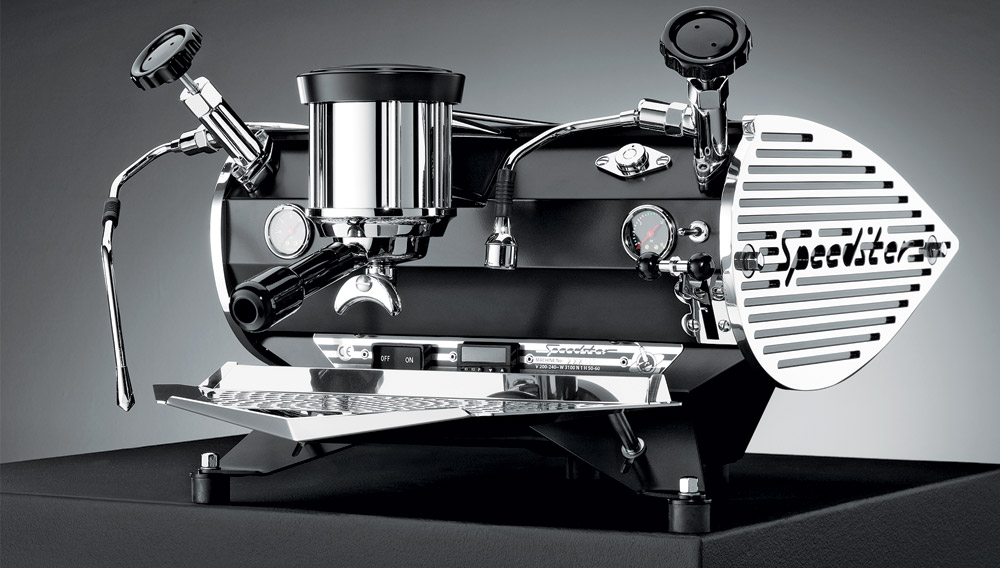 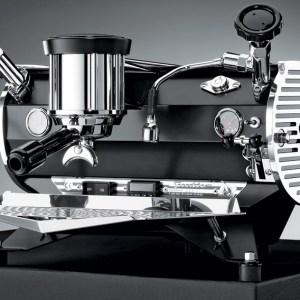 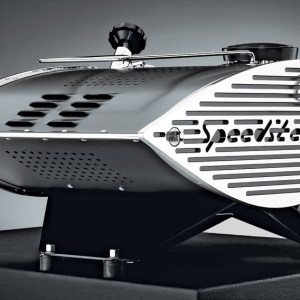 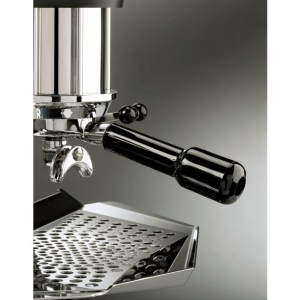 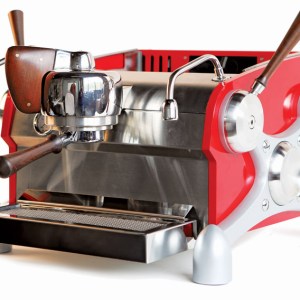 Early on In Live and Let Die, James Bond makes coffee for M with a lever-operated espresso machine that is all polished metal, black knobs, and bachelor-pad confidence. The coffee is just a feint, a way to keep M away from the curvy young lady hiding in the other room. It is also a lot of work. After grinding, tamping, and pulling the shot, then inexplicably adding milk to the coffee and blasting both with the steam wand, Bond hands the cup and saucer to his superior.

More specifically, the machine must be equipped to produce the hydrocolloid known as espresso, which is a combination of water, solubles, insolubles, and oils that emulsify under high pressure. According to the parameters set by the Istituto Nazionale Espresso Italiano, one of coffee’s governing bodies, this substance forms when water is brought to 9 bars of pressure (about 130 psi) and heated to 88 degrees Celsius (about 190 degrees Fahrenheit), so that the perfect 25-second extraction will yield 25 mL (about 0.85 ounce) of coffee that has the pleasantly dense consistency of lightly whipped heavy cream and a crown of the mahogany-colored foam called crema. Power is important, but so is stability. If the pressure drops during an extraction, there will be no crema. If the temperature climbs, bitter flavors creep into the cup. If pulling the shot takes longer than 25 seconds, the espresso will be thin and astringent.

Professional machines hit all of these sweet spots every time. Outfitted with two boilers (one for coffee, another for the steam wand) and proportional-integral-derivative temperature controls, or PIDs, they are constructed from heavy materials that maintain heat. These trappings can push the price of the appliance upwards of $20,000, depending on the bells and whistles and the color of the custom powder coat.

For the same reasons, a home machine with professional-level specifications is also significantly more expensive than its more pedestrian counterparts. Dual boilers, PIDs, and welds that could survive a trip through the hadal zone put the cost of a good home machine at a minimum of $1,000, but the better models command much more. Lesser examples are often hampered by cheap single boilers, flimsy housing, and useless digital widgets, all of which yield espresso so watery and angular that it is unworthy of the name.

Until recently, the market for highly calibrated home machines was practically nonexistent, but today’s growing coffee culture has led to an uptick in demand, and top manufacturers are introducing new models or reengineering old ones. After selecting the model most appropriate for their needs, buyers should certainly savor the moment: One does not often own a machine that is better than the one used by James Bond.

When this Dutch designer debuted the Speedster in 2001, the appliance was a shiny toy for a few well-connected pals: He hot-rodded La Marzoccos, producing souped-up machines with torqued profiles. By 2008, when the Speedster was reintroduced as a production model in Copenhagen, van der Westen had broken with La Marzocco. The Speedster is now geared to the espresso obsessed, not the casual user, and is much more bespoke than ready-to-wear. $11,000, www.keesvanderwesten.com

This Seattle-based maker of professional machines, which enjoys a cult following, released its first home model in May—a slimmed-down and smartened-up version of the pro line. Features include dual boilers (more power), a preheat coil (better temperature stability), a fully saturated brew group (for even infusion of the grounds), and software that distributes power to the elements that need it most. A multi-operational timer fires up the device to operating temperature so that there is no need to wait for it to warm up: It wakes up before the household does. $8,500, www.slayerespresso.com

No serious coffeehead would even glance at a superautomatic—the term for an espresso machine that grinds, doses, and tamps at the push of a button. But not everyone takes pleasure in performing these tasks personally, as the Australian manufacturer Breville acknowledged earlier this year with the introduction of the Oracle. The company managed to make this best-of-breed appliance, a manual automatic, without dumbing down the rest of the machine: Dual boilers, PID technology, and a pressure stabilizer are all included. $1,999, www.brevilleusa.com

Introduced in 2007, the GS3 represents an update of the GS line launched by this Italian company in 1971. The GS was the first dual-boiler machine, and the new clean, boxy GS3 is completely reengineered: It is now a professional-grade machine but with a water reservoir instead of a plumbed line. La Marzocco is the industry’s gold standard, and this is as close as you can get to what the hotshot baristas use without drilling a hole in the counter. Later this year, the GS3 will be available directly from La Marzocco Home online, which will allow buyers to custom-finish their machines. $6,900, www.lamarzoccousa.com